Home TV News Luke Cage Might Join the Avengers, But Only If It Pays 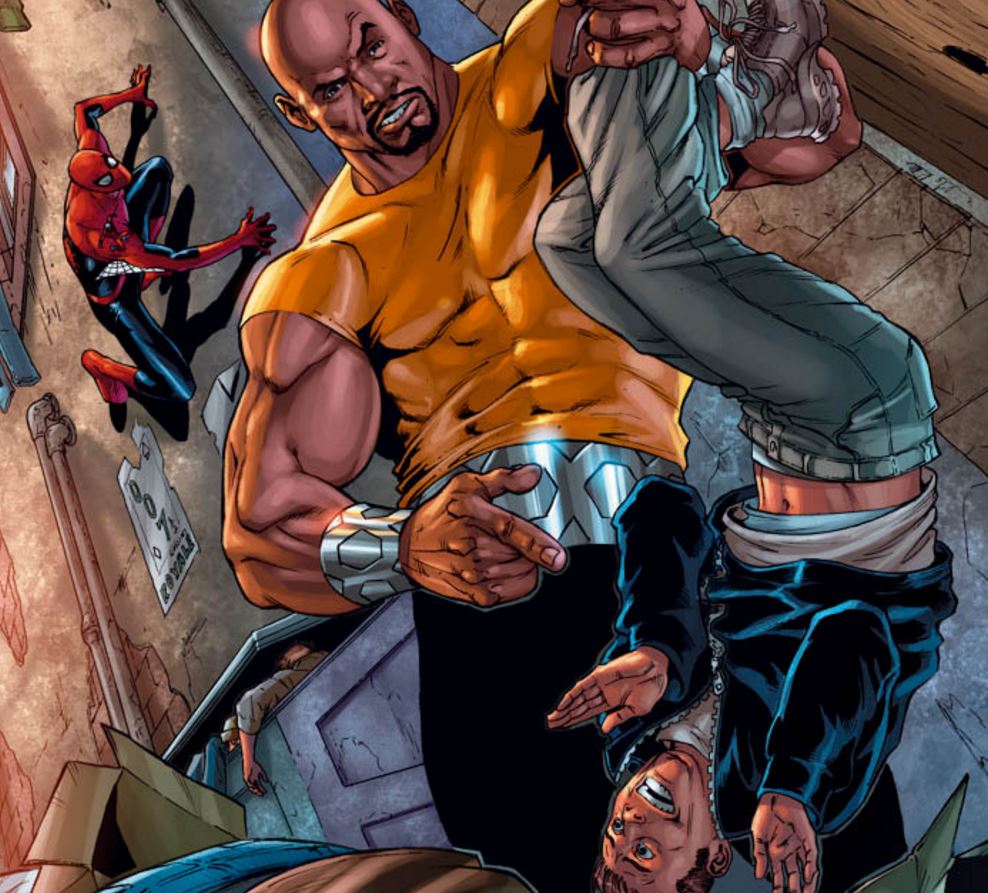 So, when the HELL are Jeph Loeb (head of Marvel TV), and Kevin Feige (head of Marvel Films) going to stop d*cking around and impress upon us some serious Marvel TV/Movie synergy!!?? I mean, it’s been mentioned many, MANY times that Agents of SHIELD, the Netflix/Marvel series, and the elaborate, big-screen throwdowns are all part of the same live-action Marvel tapestry. I know, we get plenty of mentions about the “incident,” and Agents of SHIELD actually graced us with Nick Fury and Lady Sif….but that’s about it.

And it seems so damn one-sided. The movie stars “step down” to visit the TV series on occasion, but the TV stars–who, graciously, reference the goings on in Marvel films–never seem to “step up” and join in the widescreen cataclysms experienced by the Avengers. So, with this apparent lack of “character sharing,” chances are slim the Netflix/Marvel darlings will show up in Infinity War–a movie where, incidentally, everyone should show the hell up because the whole damn universe is at stake.

Actor Mike Colter, aka Harlem’s bulletproof hero in the most recent Marvel/Netflix series, Luke Cage, was asked by Empire Online if he could picture Luke standing alongside the cinematic heroes like Thor, Hulk, Iron Man or Captain America. Well, he certainly thought it possible, but was quite sure Luke would demand some compensation.

“I could. I think we have to get to a point where Luke is entrenched in the Marvel Universe. I think he would need to be literally a hero for hire, because I don’t think he’d join forces with anyone for nothing. He’s pretty busy trying to make ends meet, so as we build his storyline it’d have to be something like that. The Avengers are off dealing with aliens; Luke is trying to take care of Harlem and New York. It’s more personal for him. You’d have to justice him [getting involved] with dollars.

C’mon, we need to see the Avengers knocking on the office door of Heroes for Hire. WE NEED TO SEE THIS!