The above Flash teaser for the second season of CW’s The Flash is only 15 seconds long but tons to unpack! What can we all see in this fantastic mini-trailer? Well, we can see Atom Smasher which we can only assume will be a new ‘big-bad’ for the season and we also see Jay Garrick…which implies that there is a multi-verse! That opens a whole big ol can of worms, doesn’t it? We already know they’ve implied that ‘Infinite Crisis’ will occur at some point (Harrison Well’s newspaper article which he was using like that photo in Back to the Future), so when will we get to see all of the Flashes from across the multi-verse? Tangent Comic Flash, go! That reference might be a bit too obscure.

If the above Flash teaser isn’t enough to satiate your hunger for all things Flash, why not read this brief synopsis of the first episode?

“Picking up months after the Singularity attacked Central City, Barry (Grant Gustin) is still struggling to forgive himself for Eddie’s death. Concerned about putting his friends in danger, Barry has pushed everyone away and has chosen to protect the city on his own. When a meta-human named Atom Smasher (guest star Adam Copeland) attacks the city, Iris (Candice Patton) tells Barry that he needs to let his friends help him protect the citizens of Central City.”

Flash Season 2 starts back up on October 8th…get excited! 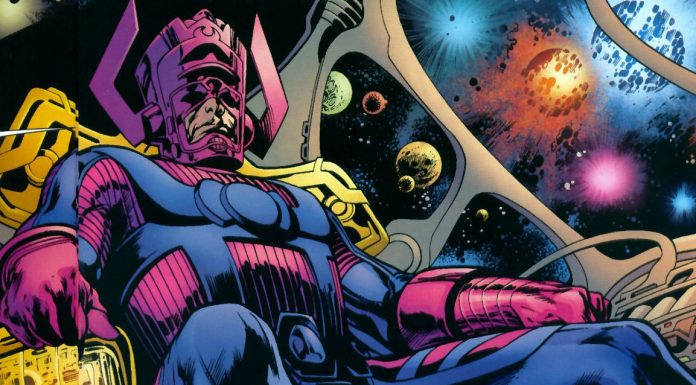 Fantastic Four Screenwriter on the FF Movie That Could Have Been