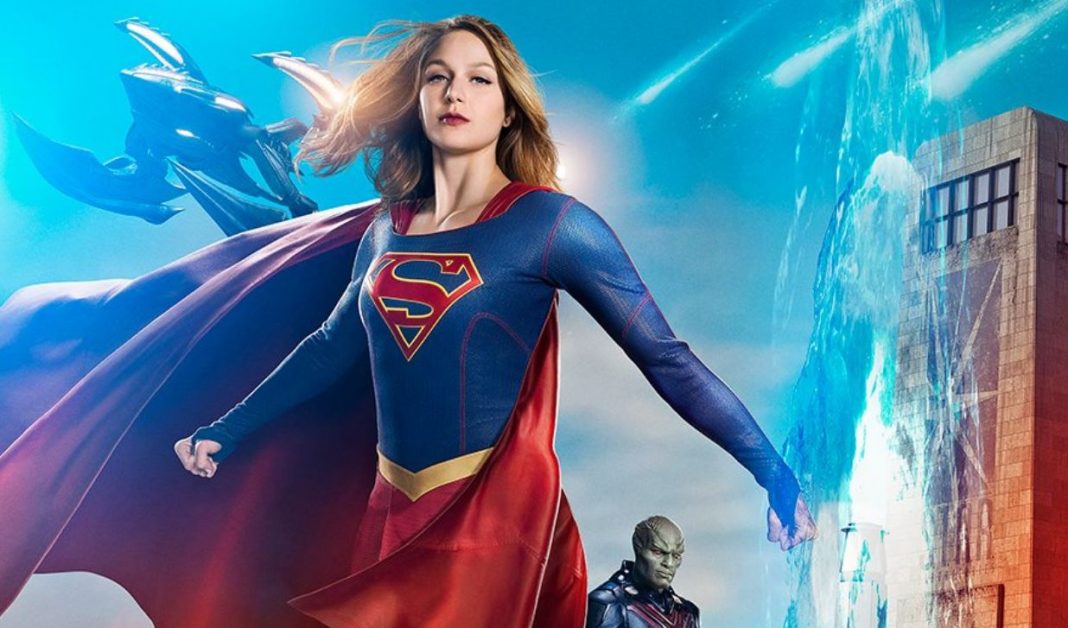 On November 28th, the Supergirl episode entitled “Medusa” kicks off “Heroes v Aliens,” the 4-part crossover event running through all 4 DC/CW superhero series, including Arrow, The Flash, and Legends of Tomorrow. The impetus behind the 4-part crossover and a necessary team-up of CW’s DC heroes? It’s all thanks to the Dominators, an aggressive alien species who either want to control, destroy, or create their very own metahumans.

And speaking of the Dominators, there’s one RIGHT HERE on this new Supergirl poster celebrating the “Heroes v Aliens” crossover event, complete with Martian Manhunter and a portal that probably leads to the “proper” CW Earth. OBSERVE!

Are you ready for the first CW/DC “Crisis” that formally combines all DC/DC heroes in the first multi-series crossover event? I’m sure you are. Want to know more about it? Then let the official plot synopsis tell you all about it! Oh, and then WATCH THE TRAILER! AGAIN!

“IT’S HEROES VS. ALIENS IN THIS EPIC CROSSOVER EVENT — When aliens called the Dominators attack Central City, Barry (Grant Gustin) speeds over to Star City to ask the Green Arrow (guest star Stephen Amell) for help in stopping them. Realizing the battle against the Dominators is bigger than they thought, they track down the Legends of Tomorrow, and Barry and Cisco (Carlos Valdes) create a breach to bring back a secret weapon – Supergirl (guest star Melissa Benoist). Once all of the super friends are assembled, they come up with a plan to attack but a shocking secret related to Flashpoint is revealed and suddenly no one is sure who they can trust. Meanwhile, Wally (Keiynan Lonsdale) wants to join the battle against the aliens but Iris (Candice Patton) tells him he’s not ready. Dermott Downs directed the episode with story by Greg Berlanti & Andrew Kreisberg and teleplay by Aaron Helbing & Todd Helbing.”