Sometimes a season finale to a popular television show can leave you feeling like you just had your head bashed in with a baseball bat. Was that too soon? In a recent interview, everybody’s favorite Irish-assassin turned hillbilly Norman Reedus defends The Walking Dead season finale cliffhanger. It seems that we are destined to get these defensive quotes and interviews from actors and creators of The Walking Dead till the start of the next season which seems somewhat intentional at this point. Hopefully we shouldn’t be too worried – they did promise that bombastic season finale and it was good…up until the actual season finale.

“Well, I mean, everyone’s got an Instagram and a Facebook and a Twitter, and everybody wants to know everything right now. ‘We deserve to know everything right now!’ You know, cliffhangers have been happening ever since television started. And I like that there’s so much enthusiasm for this show,” Norman Reedus stated. “Everybody’s so invested in it, and we are too, but you make art sometimes to start conversation, and having people talk about what you did is kind of a compliment no matter what they’re saying. So I get it. I mean, I like watching television and being pissed off and wanting to throw something through the TV too, but that’s part of the excitement! I like that kind of thing. So I’ll say it again: it’s well worth the wait. You’ll get it, and you may wish that you… [Laughs]. You know what I mean. Sometimes you want things to happen, you don’t want things to happen, and they happen, and you’re like, ‘DAMN!’ So, you know, just be ready.”

I suppose I fall into that category that he’s complaining about and that’s fine. I think I just misunderstood how they were setting up the The Walking Dead. The new baddie in Negan was supposed to completely blow our minds, and he made an alright impression in the 2 or 3 minute introduction, but I just feel numb now – I don’t even really care who he hit at this point and I feel betrayed by the marketing/advertising folks. Guess that’s not the fault of the writers and showrunners of The Walking Dead though! Okay, I’m going to get off my soap box now. I’m surrounding by zombies so I’ll just hide underneath it for 3 or 4 episodes while making my survival somewhat ambiguous. 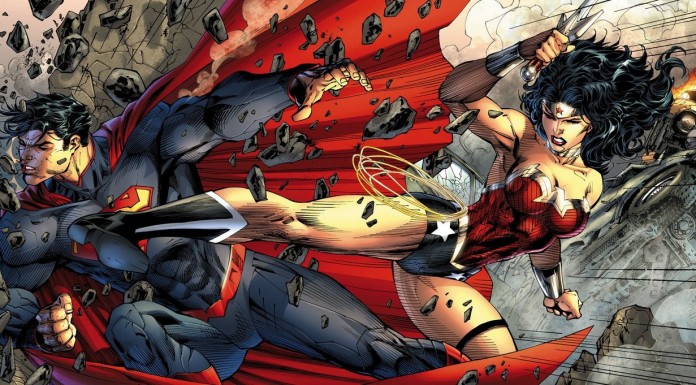 Director James Mangold Stresses LOGAN Is “A Movie for Grownups”

How Anthony Mackie Learned He Was an Avenger!

In Defense of Batman V Superman: The Critics Need Critics