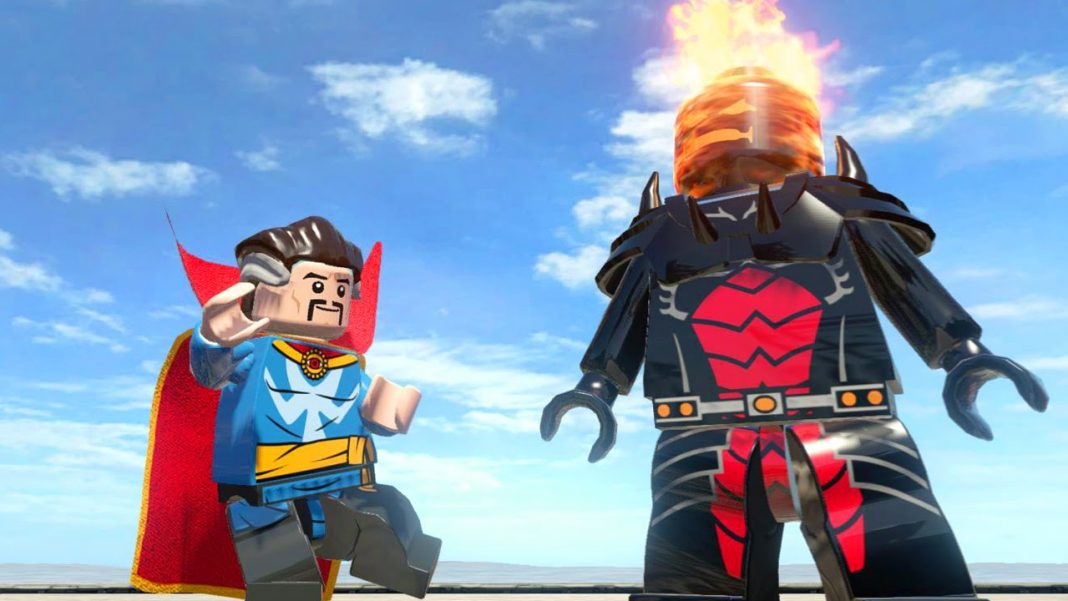 [As you can tell from the title, there is a chance a scene in the upcoming Doctor Strange movie has been spoiled. If you wish to avoid any potential surprises before watching the Master of the Mystic Arts on the big screen…you may want to turn back now]. Wait. Did LEGO just drop a Doctor Strange Spoiler?? Maybe.

The minds behind the upcoming Doctor Strange film have done a terrific job of keeping details of the movie under wraps. Despite a mind-bogglingly awesome trailer, the actual plot is still a mystery, including the identity of Mads Mikkelsen’s villainous role. In fact, we don’t really know any of the obstacles the Master of the Mystic Arts will face. Or…maybe we do.

Just this week, a picture from a supposed future LEGO set made its way on Imgur. The set may spoil a crucial scene in this November’s Stephen Strange outing. Take a look…IF YOU DARE!!!

(this image has been removed due to copyright issues.)

A Sanctum Sanctorum battle scene? We only received a quick glimpse of Strange’s Greenwich Village hideout in the trailer, so while it’s great to see it in brick form, this set may have just given away a major sequence. There’s Doctor Strange (Benedict Cumberbatch), Baron Mordo (Chiwitel Ejiofor) and Wong (Benedict Wong) teaming up to take on a squid creature.

Strange fans have noted the monster could possibly be Shuma-Gorath. The demon is one of the oldest adversaries in Strange’s history and would be an amazing addition to the movie; it might have been even better if it remained a surprise. Normally, Shuma-Gorath is seen with just one eye, but perhaps Scott Derrickson took some liberties with the character.

Now, it doesn’t have to mean anything, either. Perhaps the red squid is just a random demon, or maybe this scene doesn’t appear in the movie at all. A similar situation happened last year when LEGO revealed an Ant-Man set. That one included a Hank Pym-costumed minifigure, leading many to speculate that Michael Douglas would suit up, which never happened. Just because LEGO releases a set based on a movie, it doesn’t mean that’s an actual scene.

Still, fans have a right to be worried. Earlier this year, LEGO debuted their sets for Captain America: Civil War. While a still incognito Spider-Man was noticeably absent, another character spoiler was included in the set: a buildable Giant-Man figure. After seeing the movie, it’s clear the Ant-Man size-change was a major part of the airport fight scene; however, some fans knew it was coming thanks to a LEGO set.

There is also the chance that the Doctor Strange set is a fake and just a fan creation. However, neither Marvel or LEGO has come out to dispute the picture, so it appears to just be an early leak. Let’s hope for the people behind Doctor Strange that this is one of the only spoilers that gets out before the movie is released on November 4th.