Check out Our Review [WITH SPOILERS] of Star Wars Rebels Season 3 Episode 4: “The Antilles Extraction”

A coalition of Rebel A-Wings gets blasted out of the galaxy by the Empire. Not only are humanitarian supplies lost, but plenty of good pilots. The Rebel Alliance knows they need to beef up their recruitment efforts and send in Sabine to track down a name most Star Wars fans are extremely familiar with.

This was what got the ball rolling with “The Antilles Extraction.” The crew of The Ghost are plotting their next plan, when Commander Sato informs them of a new message from Fulcrum (more on that mystery informant later). It appears Empire TIE Pilots are looking to ditch the all black look for a chance to join the Alliance. A former Cadet herself, it’s Sabine who gets to star in this episode as she looks to infiltrate the Empire, and track down a trio of defectors including Wedge Antilles himself.

– Wedge of the Universe

Rebels excels like no other show when it comes to bringing in outside canon characters. We’ve seen Lando Calrissian, Princess Leia, Darth Maul, and most recently Grand Admiral Thrawn. Now, it’s Wedge Antilles’ turn. Wedge here is a young cadet, who feels duped by the Empire. He’s been sending messages to the Rebels to get him out, and invariably becomes Sabine’s target along with fellow TIE Pilots Hobbie and Rake.

After the first opportunity to break the trio out by fleeing a TIE training session (R.I.P. Rake… your sacrifice will probably be forgotten), “The Antilles Extraction” turns into a jailbreak mission. The crazy thing is that when things look their bleakest, it’s Agent Kallus who saves the day by giving Sabine, Wedge and Hobbie a way out (it’s all thanks to Kallus’ debt he owed Zeb when they became stranded on that frozen moon in Season 2). The final three hijack a TIE Transporter and meet up with Ezra and Kanan, who get Sabine and their two new recruits back to the Alliance.

Now, Antilles has become a popular face in the new, Disney rebooted Star Wars Universe. Aside from his television debut in Rebels, Wedge has been a central figure in The Aftermath novel series. Of all the minor players from the original movie trilogy, Antilles has been the top choice to have his story expanded. Now that he’s freed and part of the Rebel Alliance, Wedge will probably have a major role in Rebels going forward, to fill in the blanks between now and when we see him as part of Red Team during the assault on the first Death Star.

– Rogue One Vehicles Begin to Show Up 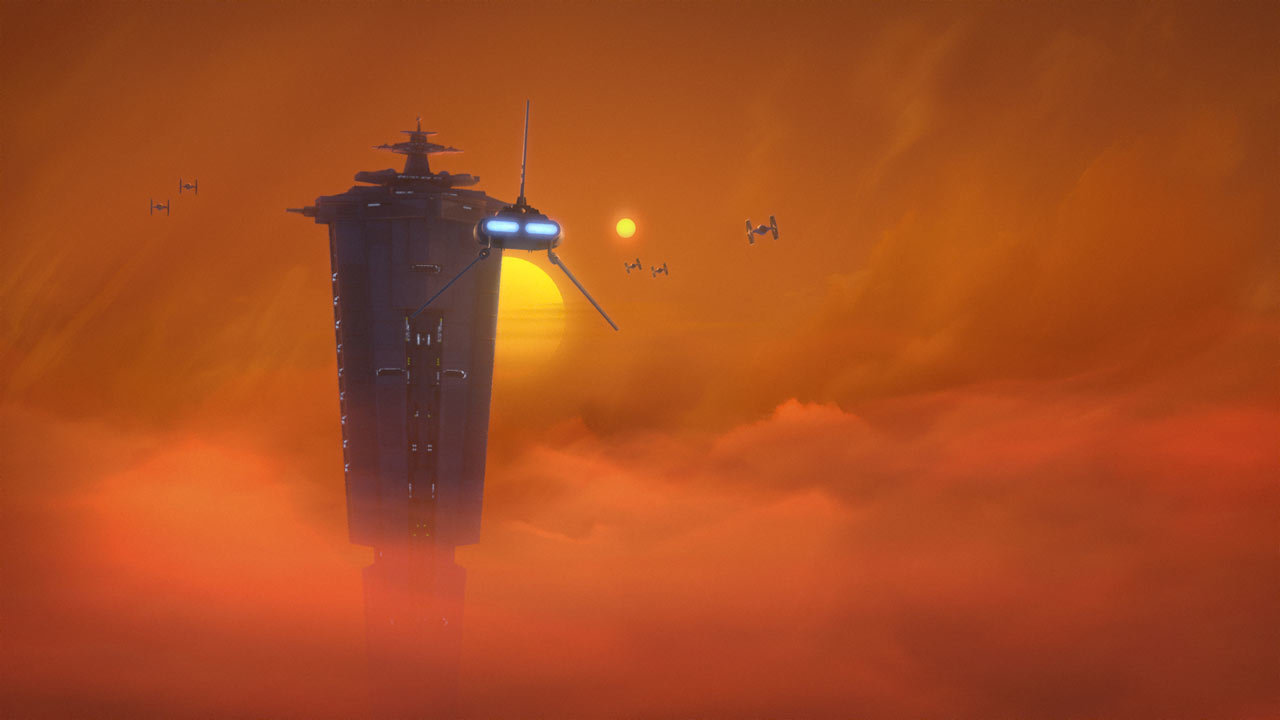 Speaking of Death Stars, as the show inches closer and closer to airing alongside Rogue One, it appears Rebels is already starting to showcase some of the items that will be turning up in the movie counterpart. In an episode featuring a TIE Pilot training center, you’re sure to see a variety of different TIE Fighters. That included a look at the TIE Striker set to make it’s big screen debut in Rogue One.

It should make sense. We are two months away from the release of Rogue One, and with the new toy-line recently released, Rebels will probably showcase some of the newer items. It’s only a matter of time before U-Wings and AT-ACT’s start appearing on the show. Now, if only some characters from Rogue One will turn up. Then we’ll be cooking with fire.

Plus, part of me was really hoping that black astromech droid that gave Sabine’s Empire credentials some flack actually turned out to be C2-B5, the future breakout star (maybe?) of Rogue One.

It was a blink and miss it scene in this episode. When The Ghost and Sato are mapping out their latest mission, the Commander mentioned how Fulcrum delivered intel on the TIE Pilots looking to turn. This snaps Ezra out of it, since the last time we heard the code name Fulcrum, it referenced Ashoka Tano. She has yet to make a peep since we last saw her battling her former master Darth Vader in a soon to be exploding Sith Temple.

Sato was quick to let everyone know that Fulcrum was just a code name for secret officers who give classified intel to the Rebels. So who will be Fulcrum this time? Could it be The Grand Inquisitor (who when we last saw him, we learned he was a former Jedi Temple Guard)? How about Agent Kallus offering assistance from the inside? Will they completely shock us and have it turn out to be Obi-Wan Kenobi? Or something more likely: have Fulcrum be someone we’ll see in Rogue One. It could be Cassian Andor, Saw Guerrera or Bhodi Rook; I’ll even take the mysterious Galen Erso, just as long as it properly connects the show and film.

“The Antilles Extraction” was a welcome return to what made Rebels such a great show. The first three episodes focused more on the larger picture of the Star Wars Universe, but this episode slowed things down to a singular mission. There was even the hidden joke that we saw a cadet infiltration story before, back when Ezra went undercover. As Season Three progresses, I’m sure Rebels will grow to fit the bigger picture, but for now, this solo mission was the perfect reflection of what Rebels started out as. 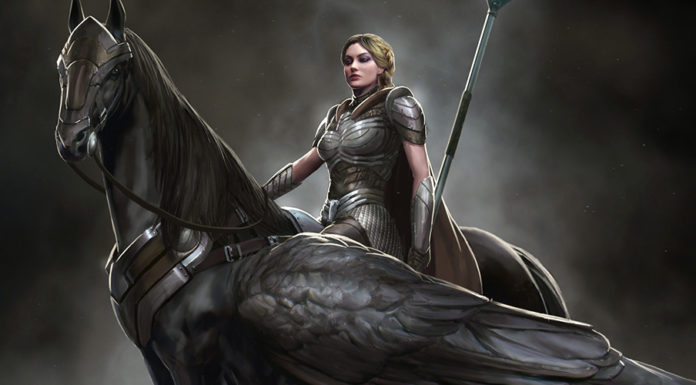 Who Is Valkyrie? 5 Things You Need to Know About the Thor: Ragnarok Femme Fatale