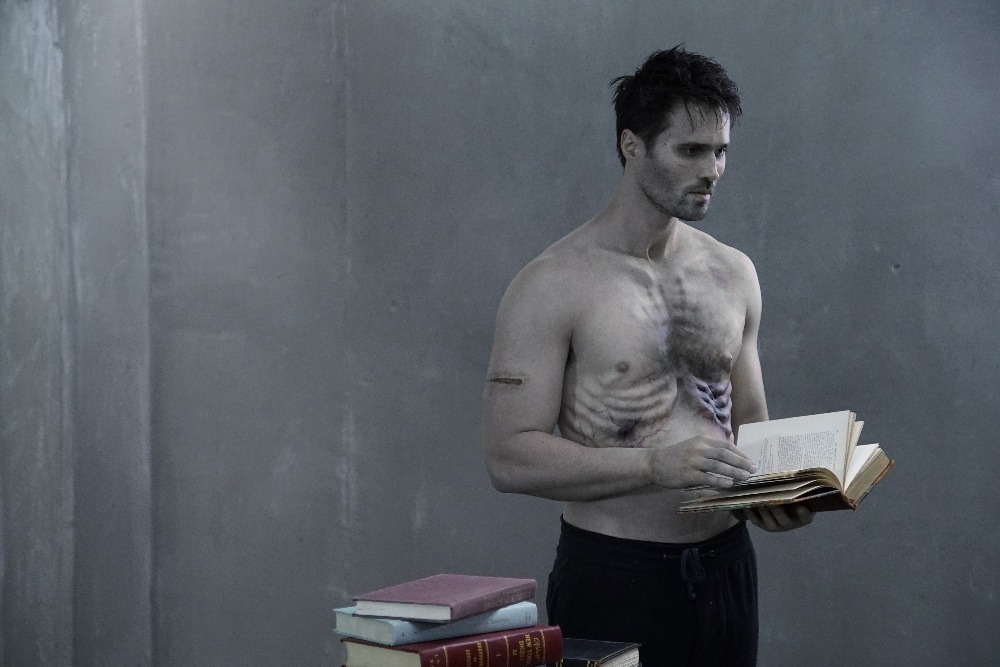 Check out Our Review [WITH SPOILERS] of Agents of SHIELD Episode 12: “The Inside Man.”

As a war brews in the MCU between Iron Man and Captain America, another conflict is beginning to take shape on the smaller screen. Mutants… uh… I mean “Inhumans” are starting to take over on Agents of S.H.I.E.L.D.

“The Inside Man” was as close to getting X-Men into the Marvel Cinematic Universe as we are ever going to get. The episode’s primary focus was putting restrictions on the growing number of Inhumans popping up around the world. There was also the issue within S.H.I.E.L.D. about the development of a possible Inhuman cure. Seems like the major plot points were pulled right out of X2: X-Men United.

The episode also delivered the return of Carl Creel, a.k.a. “The Absorbing Man.” We haven’t seen him since the beginning of Season 2 as an agent of HYDRA.

1. He was brainwashed by HYDRA and is now working with General Talbot and the ATCU.
2. He isn’t Inhuman, but instead a product of experimentation making his blood a potential cure for the growing Inhuman disturbance.

Long story short, Creel could be playing a major role in the second half of the season… and that’s a good thing.

When we first saw Creel, he was unique; a man with super-powers. However, with the Inhuman storyline prevalent in S.H.I.E.L.D., we are seeing more and more uniquely powered people leading to International concern. Could this be the beginning of the main driving force behind Civil War?

-The Beginning of Registration?

With “The Inside Man” centering around a meeting between world powers, it’s clear that super-humans are as much a growing concern on Marvel television as they are in the movies. By the end of the episode, the nations agreed (thanks to the influence of HYDRA) to a specific location (Russia) where the Inhumans can live free, or more precisely, become human guinea pigs. With that many Inhumans in one place, could that be the first step in the creation of The Sokovia Accords?

We know by the time Civil War hits theaters, the Superhero Registration Act will be in full swing. However, there’s zero chance the U.S. Government (even in the movies), would condone internment camps for Inhumans. Could the United States adapt their own protection in the form of the Registration Act? I wouldn’t be shocked if Agents of S.H.I.E.L.D. continued to lay the groundwork for what would eventually become The Sokovia Accords. Now if only we can get Tony Stark to appear and take over as the new head of S.H.I.E.L.D.

While everyone is bickering over what to do with the Inhumans, our new alien antagonist continues to manifest. Hive (still getting comfortable inside his Grant Ward skin) is slowly building an army. He seems to have already recruited Inhumans Lucio (the Colombian Medusa) and Giyera (Gideon Malick’s right-hand man). It’s almost as if the Brotherhood of Mutants is growing before our eyes.

The interesting part about Hive is his powers. He’s able to shed his skin and use those spores to attack Inhumans, but those alien hybrids can’t serve as a host for him, only humans. So is he infecting them? It’s not brainwashing; we know that after Lucio and Giyera brought five humans for Hive to literally suck the juice out of. Seriously, by the end of the episode, Hive is regenerating thanks to human jelly and leaving behind five piles of beef jerky. Lucio and Giyera seem disturbed by the act. So what is Hive doing with his spores, and what effect do they have on Inhumans? This is definitely another question needing answers this season.

-Setting Up Most Wanted

Another question: when will Bobbi “Mockingbird” Morse and Lance “Needs a Codename” Hunter become enemies of S.H.I.E.L.D.? It’s going to happen. The impending arrival of their spinoff Most Wanted assures that. So now the following question arises: will their departure from the team come before the season finale?

“The Inside Man” is getting the ball rolling with the upcoming divorce. It all started with Hunter getting ticked about Creel’s inclusion after Coulson brought him along for the mission. We also saw Agent May scold Hunter for not really being part of S.H.I.E.L.D., but only being there to keep an eye on Morse. Finally, it’s Hunter again, going rogue with his vendetta against Creel and, in the process, negatively affecting the mission. You have to guess that his vigilante bravado is eventually going to catch up to him, and he’s probably going to drag down Morse in the process.

Since its return from winter break, Agents of S.H.I.E.L.D. has done a great job at laying the groundwork for the rest of the season. They’re not overthinking the story; Inhumans dealing with both persecution and a possible cure is the primary focus. Let’s just hope in the upcoming weeks they finally put Hive to good use, and give us a better understanding of what his powers actually do to Inhumans. Perhaps if Hive proves dangerous enough, his actions could finally be what’s needed to get some Avengers involved in the show (but probably not).