With producers Greg Berlanti and Andrew Kresiberg’s DC shows in full effect, The CW (or as Kevin Smith dubbed it, “the DCW”) fans get a dose of the DC Universe almost every day of the week. Relatively new fans may not realize this, but Supergirl, the Flash, Arrow and Legends of Tomorrow, and even Fox’s Gotham to a certain extent (similar premise), owe all their success to a show that not only built an entire DC TV universe, but paved the way for “the Berlanti-verse” as some call it. Of course, I am talking about Smallville.

The show ran from 2001 through 2011 on The WB and The CW, and was created by Alfred Gough and Miles Millar. I personally loved it. It is one of my all-time favorite television shows because it incorporated all different aspects of the Superman mythos into the show brilliantly. Welling did a great job as a young Clark slowly becoming Superman, Rosenbaum did an outstanding job as the young Lex Luthor, and I really enjoyed the dynamic between Clark and his dad.

No matter how many times they changed the show’s timeslot, I was there every week (Tuesdays at 9PM, Wednesdays, Thursdays and then Fridays at 8 PM).

While the show may have had its ups and downs, it certainly has a lasting legacy that can be seen today on all of The CW’s DC Comic-based shows. Everything you like about Arrow, The Flash, Supergirl and Legends of Tomorrow? Well, guess what: Smallville did it first! Don’t believe me? Let’s take a look.

The signature aspect of Stephen Amell’s portrayal of the Green Arrow on Arrow has been the Emerald Archer using a voice warper when he is out telling criminals they have failed his city. Sure, it’s a practical solution to concealing your identity when you’re out patrolling rooftops and alleyways at night, but it didn’t originate on Arrow. It first came into play during Smallville‘s sixth season when Oliver Queen was introduced, played by Justin Hartley of Passions and the current hit NBC show This Is Us.

The big selling point for Supergirl Season 2 is the introduction of Supergirl’s cousin, Superman, played by Tyler Hoechlin. The team-up will reportedly last for two episodes.

Well, in the show’s seventh season, Smallville gave us an ENTIRE SEASON of the super-cousins teaming up and defending the town from Kryptonian and other super-powered invaders. Kara/Supergirl was portrayed by Laura Vandevoort (Ted, Bitten) who also appeared in one episode of season eight, and two episodes in the show’s tenth and final season.

Martin Manhunter was a Mentor 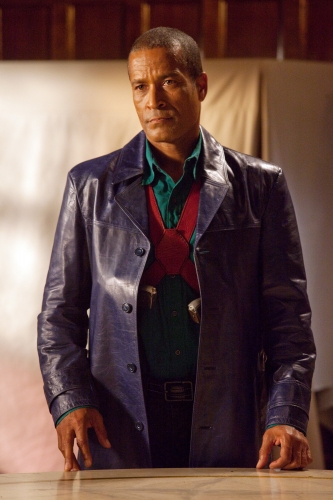 One unexpected surprise in Smallville‘s sixth season was the debut of John Jones, the Martian Manhunter. Played by Phil Morris (Jackie Chiles on Seinfeld), Jones popped up sporadically in the series. They used the character as Clark’s mentor, helping to guide him through a super-powered kind of life in a way Supergirl uses the last survivor of Mars played by David Harewood. They even incorporated Jones’s love of Oreos into the show.

The Justice Society of America Appeared in a Two-Part Episode

You thought this season of Legends of Tomorrow was the first TV appearance of the original superhero team? Guess again! The guardians of the golden age appeared in a two-part episode called “Absolute Justice” in season nine. In the episode, after the death of a former member, Clark and Chloe follow clues that lead them to discovering the JSA, and teaming up with Dr Fate, Hawkman, and Stargirl.

Smallville Did the Superhero Team-Up First

There will be a big, four-part crossover sometime in December with Supergirl, The Flash, Green Arrow, and the Legends of Tomorrow facing off against the Dominators. That many heroes on the same screen at once? Unprecedented!

Well, like the Bare Naked Ladies once sang, it’s all been done before. Season six’s “Justice” debuted the Justice League! In it, Clark and Green Arrow team up with Arthur Curry/ Aquaman (played by Alan Ritchson of Blue Mountain State), Victor Stone/ Cyborg (the late Lee Thompson Young of The Famous Jett Jackson) to save Bart Allen/ the Flash (Kyle Gallner) from being held captive by Lex Luthor.

The Flash was introduced in an episode in the fourth season, while Cyborg and Aquaman debuted in the fifth season, so it wasn’t like they suddenly popped up with no explanation. It is one of the show’s standout episodes. The Justice League also appeared in season eight’s “Odyssey.”

While Katie Cassidy and Amell did a great job portraying the duo on Arrow, Smallville first paired up the Green Arrow and the Black Canary in season seven’s “Siren.” While she wasn’t a lawyer like Cassidy’s version, Dinah Lance (played by Alaina Huffman) was a talk show host working at the Daily Planet. Her sonic scream seemed to be a natural ability as opposed to being artificially enhanced by collar, like on Arrow.

Smallville Also Had Their Own Version of Ms. Teschmacher

I know, the character of Ms. Teschmacher originally appeared in 1978’s Superman, but in the show’s eighth season, Smallville introduced Tess Mercer (Cassidy Freeman). Tess takes over Lexcorp after Lex Luthor disappears in the Arctic. Mercer appeared on the show through the series finale.

The long running show also had their own version of Deathstroke in season ten’s “Icarus” played by Michael Hogan...

…as well as two different versions of Cat Grant. One was named Cat Grant, a reporter for the Daily Planet played by Keri Lynn Pratt, ..and another character named Catherine Grant, a host of Good Morning Metropolis played by Emillie Ullerup.

While the show may have had its own spin on some characters, it definitely left a legacy. It completely laid the groundwork for the current crop of DC shows on The CW. As a fan of all four shows, I always see a little bit of Smallville in all of them.

If you are interested in watching Smallville, every episode is now available for streaming on Hulu.

So, do you remember the show that told the ‘training days’ of the Man oOf Steel? Loved it? Didn’t watch it? Let me know in the comments section below! 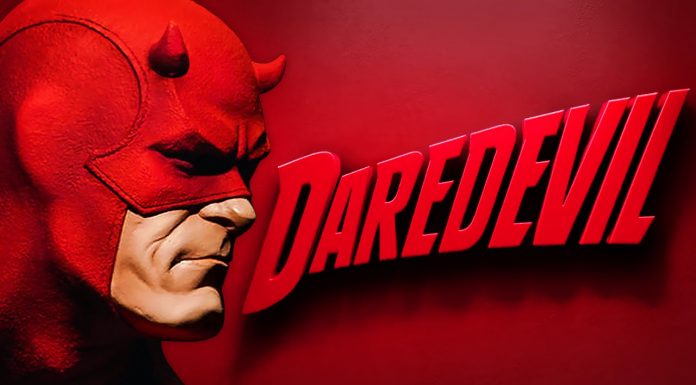