Check out Our Review [WITH SPOILERS] for Star Wars Rebels Episode 13: “The Call”

Since Star Wars Rebels returned from its winter hiatus, we’ve been given tremendous background stories on the members of the ghost. From Sabine facing her former Mandalorians, to Zeb becoming a beacon of light for his people, it’s amazing how much emotion was being delivered from a show on Disney XD.

Well this time around, the show’s creators gave us something we never saw coming. Whales. Space Whales to be exact. Hyper-drive capable space whales if I’m being honest here.

When the crew is pulling a mission to steal fuel from an Empire-controlled refinery, they find their way by following a herd of Purrgills. So what exactly is a Purrgill? Well, they’re basically half whale, half squid and live in deep space. They also feed on the green gas that becomes the fuel needed to power ships throughout the galaxy. You need to know what they are… because they are central to the plot of “The Call”.

By following the Purrgills, The Ghost is able to track down the refinery and concoct their plot to steal the fuel. This leads to disguises created by Sabine, or more appropriately… Stormtrooper masks resembling Calaveras (I might need one of those). Once all dressed up, we get to see Kanan, Ezra, Sabine and Chopper make a daring dive to the enemy base in a scene reminiscent of J.J. Abrams Star Trek films.

The villains in the base are nothing special; just a bunch of generic Rodians. Kanan even acknowledges their inferiority when he quips, “I can’t believe we’re going to lose to these guys”. Don’t worry, they won’t. That’s because Ezra Bridger has found his spirit animal: the Purrgills.

The entire episode seemed to focus on Ezra connecting with nature through The Force. He knows the Purrgills are troubled, and when he falls into the green gas the Purrgill feed on, he connects with them on a deeper level. Unfortunately, this leads to a very unexpected showdown; A lightsaber wielding Ezra riding a Purrgill takes on a yellow, modified TIE fighter (it was awesome seeing different colored tie fighters). Of course… Ezra wins. 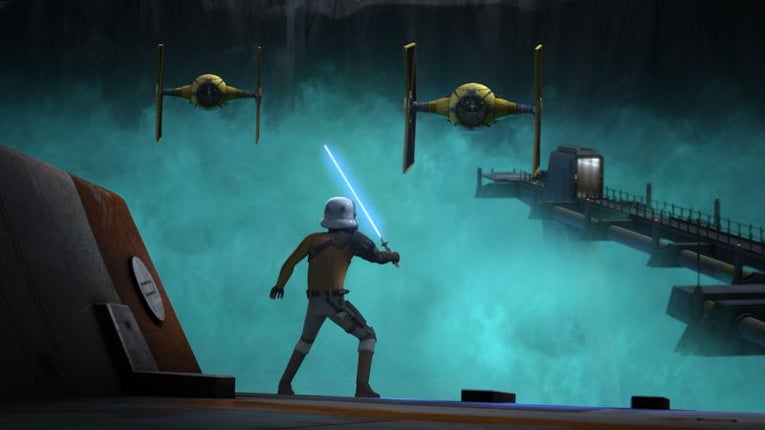 With the help of the Purrgill, The Ghost get all the fuel they need, successfully destroy the base, and live to fight another day. Then things get really weird. We see the Purrgill as slow moving whales, but all of a sudden they begin to glow green, and then blast off into hyperspace. That’s right… the show ends with whale-squids traveling the speed of light.

If I’m being honest, “The Call” wasn’t the best episode; it had to follow three straight gems in the series and felt like a throwaway. That doesn’t mean it was bad, just with what we’ve seen with Rebels, it looked like the show was moving in a direction and this felt like a step backwards. Now, we’ll have to tune in next week and see if the show gets back on track. 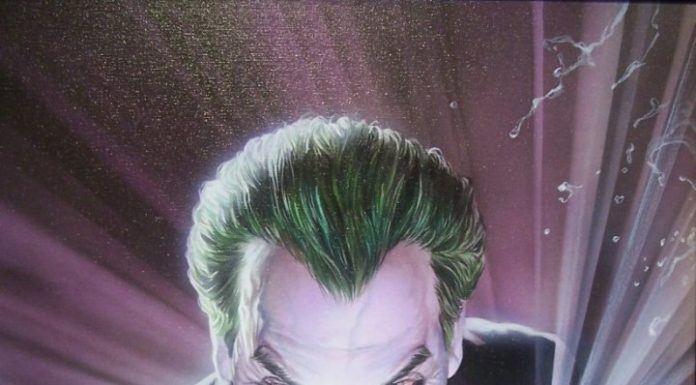 Final Fantasy 15 Gets a Demo, Release Date, and Movie

Comics That DEMAND a Live-Action Movie or TV Series Adaptation!