So the beginning to this episode seems awfully out of place after that last bombastic episode. I’m never quite that fond of time jumps…specially after something like that last episode. And what is up with everybody suddenly in a relationship? Shall we call this ‘Rickonne’? I guess after a couple of life-threatening events you don’t have the kind of time to take them out on a couple of dinners and meet the parents and whatnot. At least we got a buddy road trip with Daryl and Rick! Wait, is this going to end up at a White Castle or is Doogie Howser going to show up? Guess that is a rather distinct possibility…he did show up in American Horror Story!

When will Enid get her act together? You would think after everything she has been through that she would have ended up being a team player. Perhaps she feels bad that Carl is missing an eye now? Suppose that would make somebody like her a bit leery to get close to people. It’s all death and pain and suffering, right? At least she has a journal! We also have Rick and Daryl finding a truck loaded with supplies so I’m glad that we won’t see an entire episode of those two pretending to be playing Fallout IE taking everything that isn’t bolted to the floor. I’m liking the pacing of the last two episodes thus far mainly because they aren’t wasting times on things that the Walking Dead typically likes to waste time on. And just like that, we get to see a character from the comics pop right onto the scene! The word ‘bump’ is probably a better descriptor.

I like how ugly the question ‘do you have a camp’ has become on the The Walking Dead. Smooth moves on Jesus’ part with the pick-pocketing and distraction. I dig that style. Now I’m beginning to understand what that guy meant in The Big Lebowski, ammaright? The episode then clips over to Michonne and The Shoveler V2.0 and Enid and Carl having fun in the woods which then immediately loops back to Carl and Daryl again. Good moves on the pacing again, Walking Dead. I was afraid you were going to fall into the same old traps. Quick soda break and we are back to running fullspeed! You could tell that this was a slower episode but as far as this show goes it feels different…or is that just me?

What’s up with the zombie drama? Ugh. My guess was that it looked like his mom or something…perhaps Carl picked that trait up from the Governor? He probably inherited it from the eye-patch. That is how that works, right? I’m always a fan when Rick gets all ‘super crazy eyed’…you know what I’m talking about. Not even Jesus’ sweet karate moves could stop his awesome fury! Daryl definitely doesn’t like this new character but I’m a fan.

Daryl and Rick have a cute bromance, don’t they? All sharing candy and whatnot. I was highly amused by the whole Jesus thing. He pretty much stole this episode, didn’t he? I really admired his persistence at getting that truck of food….but then it ends up niether got it. Ru-oh. At least we get to see Michonne helping Spencer with his trauma. I like to see roles reversed and it’s interesting to see her attempting to break through his veil of pain filled angst. She knows what that feels like…hell, she had her husband and his best friends as pets for quite some time! I guess that’s one way to get closure though, eh? Would that be considered a mercy killing? See, even something like that was handled quickly. In previous seasons I feel like we would have gotten entire episode of just Michonne and Spencer walking through the forest as where now it was handled in like a grand total of maybe 5 or 10 minutes. Good job, Walking Dead!

You know, I’m sure people have their old school sentiments with burying the dead but I don’t think it would be a good idea to bury zombies. What if the world survives and then they suddenly have to be worried about all the dead zombies buried in the ground? Would make for some pretty funky corn would be my guess. I don’t know if I was Rick or Daryl if I would be discussing the plans as they were. That guy could have been playing opossum as my mum would put it(which I feel like that guy totally was…he should have proven to them that he is crazy resourceful and faking sleep isn’t that hard). We then finish the episode with Michonne and Carl expressing the gift of sacrificial love zombies and Daryl and Rick coming back into town with their brand new rogue character. ‘It is pretty stupid for us to go out there, right?’ ‘Yep…do it again tomorrow? ‘Yep’. At least that statement shows where their current mentality is. So what do we call Rick and Michonne? Rickonne? That the official ruling? Yeah…that will work! 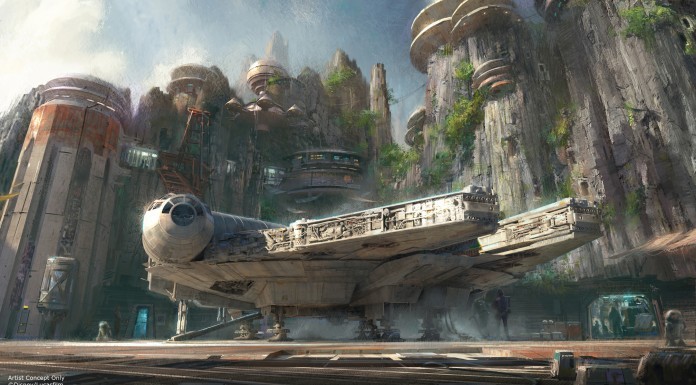 Predicting the Start of Marvel’s Phase 4: Six Films That Might Kick Off the...

Who Is Jessica Jones? She’s Marvel’s Next TV Star!