And it’s one…two…three strikes you’re out at the old ball game! That’s an appropriate enough song all things considered, right? Walking Dead starts back up this weekend and it definitely feels like the pressure has been boiling as we’ll be seeing a fearsome baddie from the comic books, Negan. Negan has a certain love of baseball bats and we’re sure we’ll get quite familiar with Lucille. That being said, apparently the cast was the most disturbed they have ever been after shooting the Walking Dead Season 6 Finale. They probably weren’t happy with America’s favorite past time!

Joking aside, lead character Andrew Lincoln said this about the Walking Dead Season 6 Finale. “I felt sick to my stomach when I read the script. It was the first day in the whole six years of working on The Walking Dead that I was late for work because I woke up in the middle of the night and I couldn’t get back to sleep. I was so angry and frustrated and I felt sick. And that was just after reading it.” Other members echoed the statement. It sounds like this episode will be far more brutal than Herschel or Beth’s death. People who read the comics might have an idea on who dies and I won’t spoil it here…let’s just say that if it echoes the comics then it will probably be one of the most brutal scenes on TV since the Red Viper/Mountain exchange! Of course you can always find fantastic Walking Dead stuff here! 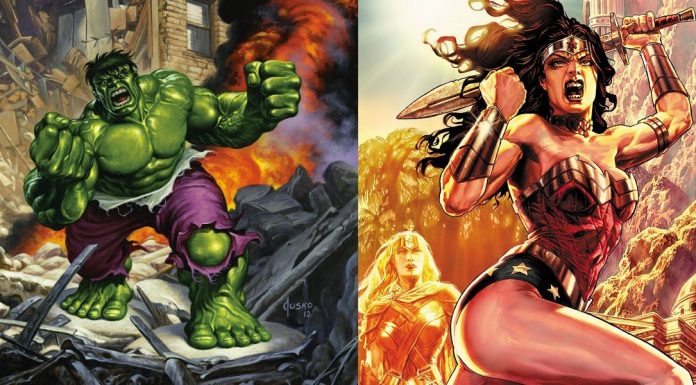 Hulk vs. Wonder Woman! Who Will Win? YOU DECIDE!

Killing Joke Will Be R-Rated