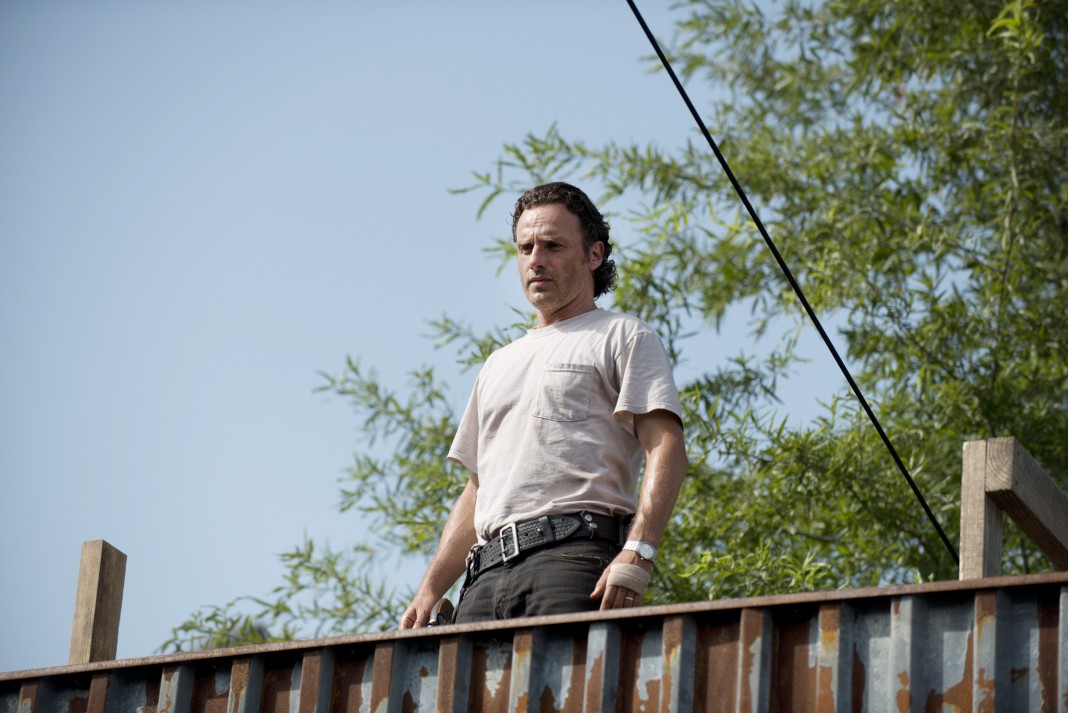 The second half of The Walking Dead Season 6 kicks off February 14th, and if I’m remembering correctly, things looked a little bleak for Rick Grimes (Andrew Lincoln) and his determined band of zombie-apocalypse survivors. Case in point: the Alexandria Safe-Zone is no longer safe. The walls came tumbling down, and with them came the impending zombie invaders salivating patiently at the gates.

Recently, our friends at TVinsider spoke with Andrew Lincoln, poking him for his opinion on the second half of The Walking Dead season 6 and the inclusion, impact and threat of Negan, a villain whose comic book history may portend terrible things for Rick and the gang.

When asked to describe the season’s second half, Lincoln replied, “It’s radically different from the first eight episodes, although I would say that Episode 9 is almost a chapter finish. The third act in Episode 9 is a radical shift in a lot of things. Then the next seven episodes are this crazy race to a new world order.”

Lincoln continued, telling us what to expect for the very first episode of The Walking Dead‘s mid-season return.

“We called it the battle for Alexandria. It’s the greatest jeopardy they’ve all faced as a community in their history. It’s going to take a lot to save the community. It’s a crazy-ass, amazing script and it’s one of my favorites. It’s big, like the Magnificent Seven. It’s everything I love about our show, when we’re spinning all the plates.”

“The Governor was magnificent and David did a beautiful job playing him. But Negan is horrific. He is this incredible tyrant and this very charismatic, funny, brutal beyond words sociopath. I’m interested in the relationship between Negan and Carl and Carl and Rick. There’s a very complicated, extraordinary psychology between those characters. I’m just thrilled that we are getting to a place where it feels very deep, dark, thrilling and dangerous.”

Check out the source for more Andrew Lincoln!

Check out this link for the latest AWESOME Walking Dead merchandise! 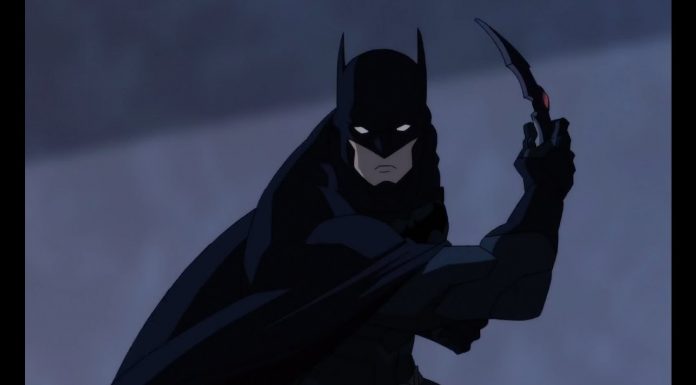 Jesse Quick Cast for Season 2 of The Flash