We finally have our answer to what Morgan was building; a jail cell. An interesting construction effort during the zombie apocalypse no doubt and one Rick and Co might have some trouble seeing the wisdom in. However, I’m sure that will come in to play much later on. Ahem. Any-who, the start of Walking Dead S6:E14 ‘Twice As Far’ saw a lonely guitar solo while the people of Alexandria go about their daily business. Kind of low key intro for the past couple of episodes but to quote The Crow, ‘it can’t rain all the time!’ Or can it? At least Daryl got his bike back and a smoke out of it! Did I also detect a change of heart in Carol? Perhaps our Beast in the East has finally had her fill of murder and living by the sword. I feel like Carol saw a lot of what she has become in last week’s villainess.

I have to say, I like the zombie porcupine traps. Who would have thought a trap so stupidly effective would be so…um…stupidly effective! I hope people are taking notes for when zombies actually do show up. I rather liked that bit with Rosita and Daryl being resistant to the supply run. They’ve seen their fair share of combat and don’t trust the newbies…much like players in massive online battle arenas like Heroes of the Storm or League of Legends. They have their fair share of brain dead people that’s for sure! Joking aside, they didn’t waste any time showing off how tense and anxious Nurse-Lady was. From the angles and soundtrack, you could tell that she was way out of her element. Perhaps that was the director’s way of making us empathize with her? Either way, it worked.

What’s up with Eugene too? I loved that he finally decided to get his game together…while referencing Dungeons and Dragons. I can understand Abraham’s reluctance to believe him but a part of me wonders if Abraham needs people to be defenseless. He defines his reality based off of that soldier mentality. If he isn’t needed then he has no purpose. My thoughts anyways! Did nobody notice how there were just hand prints all over the outside of the apothecary and no where else? I guess people don’t spend much time observing their environment. Kudos to Eugene as well for figuring how to make bullets. That’s a huge game changer in a world where you’re getting self into a zombie apocalypse turf war. Changed Abraham’s tune right around, didn’t it…that is till they had their little lover’s quarrel. At least we know what happened to Viserys Targaryen from Game of Thrones!

As the tension continued to build, the episode cut back to Nurse-Lady’s drug run. She really just wanted to help, didn’t she? You could tell she really had no clue what she was doing when she offered to hold Rosita’s bag. Is that how you really help during the zombie apocalypse? You probably don’t ask all that often either. You just do as Yoda would put it…or a weird Nike commercial. That scene in the dark room with the words ‘hush’ written all over the place and a zombie with a cast on its leg? Awesome. I’m glad that they still can get us with some good scene-shots like that in the Walking Dead. It is refreshing just to see something scary and not need any back story to it. Just like the imagination fill it in, you know?

Daryl then decided to finally waffle on his avoidance of the train tracks to show some character progression on his end of things. Eugene and Nurse-Lady get a little bit more badass and Daryl softens up…I guess that’s what Einstein was talking about when he we wrote about the Law of Conservation, amaright? Then I started swearing a lot…damn you Walking Dead! You got me right in the feels…just as I said out loud, ‘Man, I am really liking this lady’, you snatch her away from me in possibly one of the most haunting ways possible. She even sputtered out those last few words…ugh. I guess that’s my fault for mentioning Game of Thrones. I’m sure George RR Martin’s black little heart just got a little bigger or his leathery dragon wings got larger or something. Whatever it is George RR Martin does when characters die. You know what I’m talking about.

Daryl should have killed that guy…just like he telegraphed in the beginning of the episode with Carol. At least he told him that too! Walking Dead S6:E14 ‘Twice As Far’ shifted in tone rather quickly from that point. Again, I love how this show has really progressed with these immensely tense and incendiary scenes. Suddenly all of the characters have a chance at dying and that’s something the previous seasons were lacking. Eugene’s ploy had some bite to it, didn’t it? Sorry…I think I have to get a bad joke in at least once. I would also like to point out that Daryl is now epically re-equipped with his crossbow and motorcycle. If this was a video game, one would expect that Daryl is about to face off with a final boss or something. I think we all know who I’m talking about, right? Also, I don’t think anybody is ever going to mess with Eugene ever again.

Walking Dead S6:E14 ‘Twice As Far’ then finished off with Abraham spitting more game at Sasha and some weird resolution coming of that while Carol may have steeled herself. Oh, and by that comment I mean that Carol took off. She can’t kill anyone anymore? Jeez, I guess Morgan and the previously mentioned villainess really did something…or maybe it was sometime back ‘with the flowers’. That’s a real big shocker after this most recent turn of events and Rick and Co will surely miss such a valuable team player considering they are on the eve of a massive battle. Nicely done, The Walking Dead. 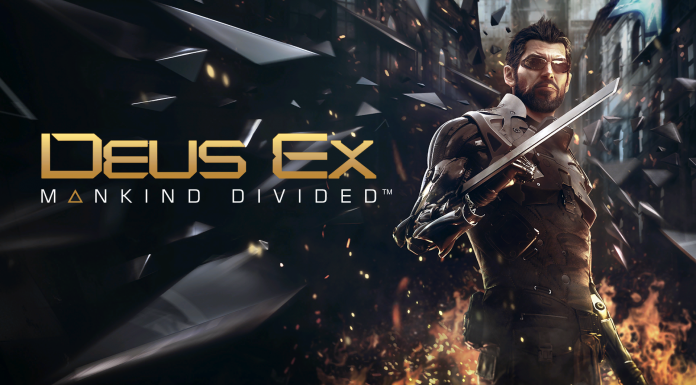