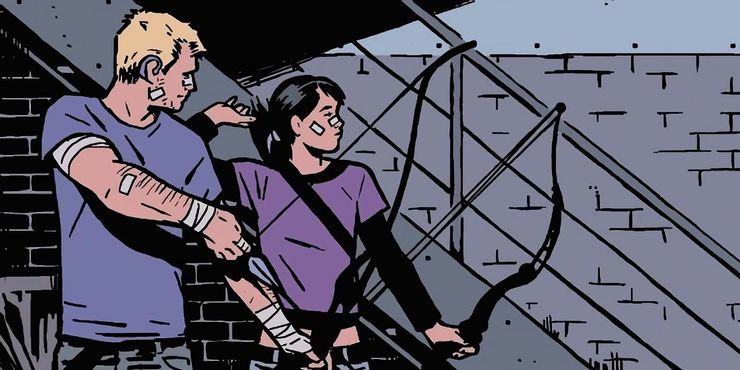 There are so many rumors pointing to the fact that Hailee Steinfeld might play Kate Bishop in Disney+’s Hawkeye series. The show will supposedly follow the story of Clint Barton training her to become the next Hawkeye, but is it all true, or are we just setting ourselves up for disappointment?

Steinfeld herself commented last year when she was asked about the role, and mentioned that it is “not something that’s necessarily happening. We’re going to wait and find out, I guess.” She even mentioned in May that her focus is on something else entirely. “You know, right now, I will tell you that music is where my head is at,” she said. “That’s what I’m focused on…that is what is occupying my brain at the moment.”

Regardless of which actress is playing Kate Bishop, it’s still a good idea to brush up on your Avengers knowledge while we wait. 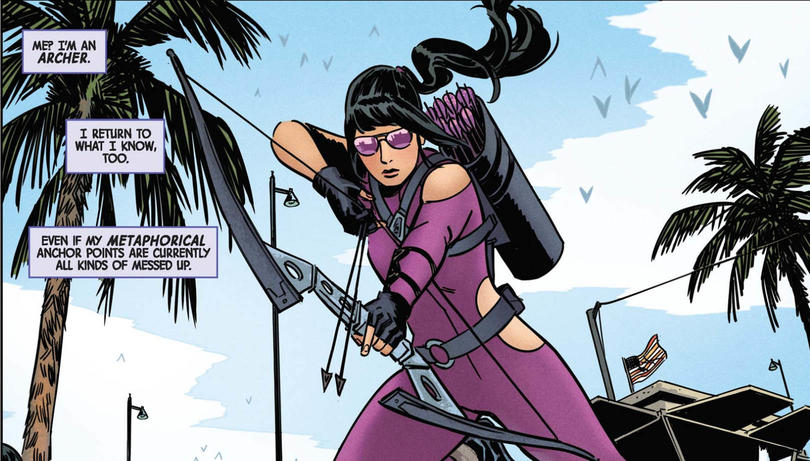 Created by writer Allan Heinberg and artist Jim Cheung, the character first appeared in 2005’s Young Avengers #1. Clint Barton was the first person to don the mantle of Hawkeye, and the second was Wyatt McDonald from Squadron Supreme. Kate Bishop is the third, and she uses her skills in archery and martial arts to fight alongside both the Young Avengers and the West Coast Avengers.

With an estranged mother and a relationship with her father that’s all-too-strained, Bishop didn’t exactly have a happy home life. She eventually got into trouble with the villain Manuel “El Matador” Eloganto, and was rescued by the Avengers. She saw Hawkeye as a role model, mainly because he fought the bad guys using pure skill without any superpowers. After she was the unfortunate victim of an assault in Central Park one night, she decided to train herself to get stronger.

She eventually joined the Young Avengers and went through the growing pains of becoming a superhero. Captain America was actually the one who gave Clint Barton’s gear to her as a gift, as the original Hawkeye was supposedly dead at that point. Cap was pretty impressed with Bishop because she had the guts to stand up to him and declare that they wouldn’t have messed up a certain mission if the Avengers had trained them in the first place. In fact, Bishop had always known what to say, with her no-nonsense attitude and overall bad-assery.

“I have no powers and not nearly enough training, but I’m doing this anyway. Being a superhero is amazing. Everyone should try it,” she said. Hawkeye himself regards her with respect, saying, “She is without a doubt the finest and most gifted bowman I’ve ever met, but she’s like nine years old and spoiled rotten. She’s pretty great.”

Of course, given that nobody ever really dies in comic books, Barton eventually came back, became Ronin, and passed the torch to Bishop and took her under his wing. We’ll just have to find out if the same is true for the Hawkeye series, but until then, we definitely can’t wait. 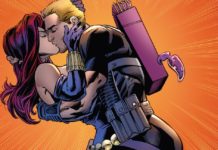 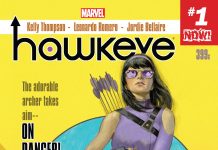 Captain America for President in 2016