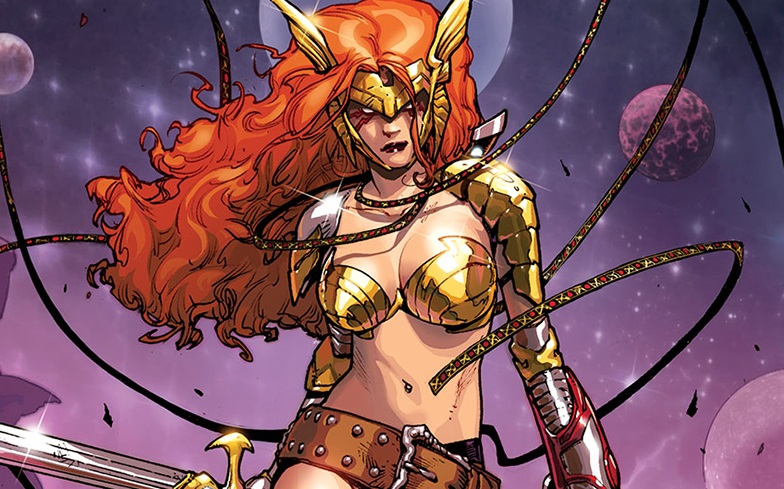 While Guardians Of The Galaxy Vol. 3 won’t be titled Asguardians Of The Galaxy, Chris Pratt is now confirmed to have joined the cast of Thor: Love And Thunder. We all know how wonderful the chemistry between Chris Hemsworth’s Thor and Chris Pratt’s Star-Lord was during Avengers: Endgame, so it would be incredibly interesting to see how that dynamic might play out in Thor: Love And Thunder. In fact, during the ending scenes of Avengers: Endgame, Thor mentions the Asgardians of the Galaxy when they were making speculations as to who is the real leader on their space-wandering group. 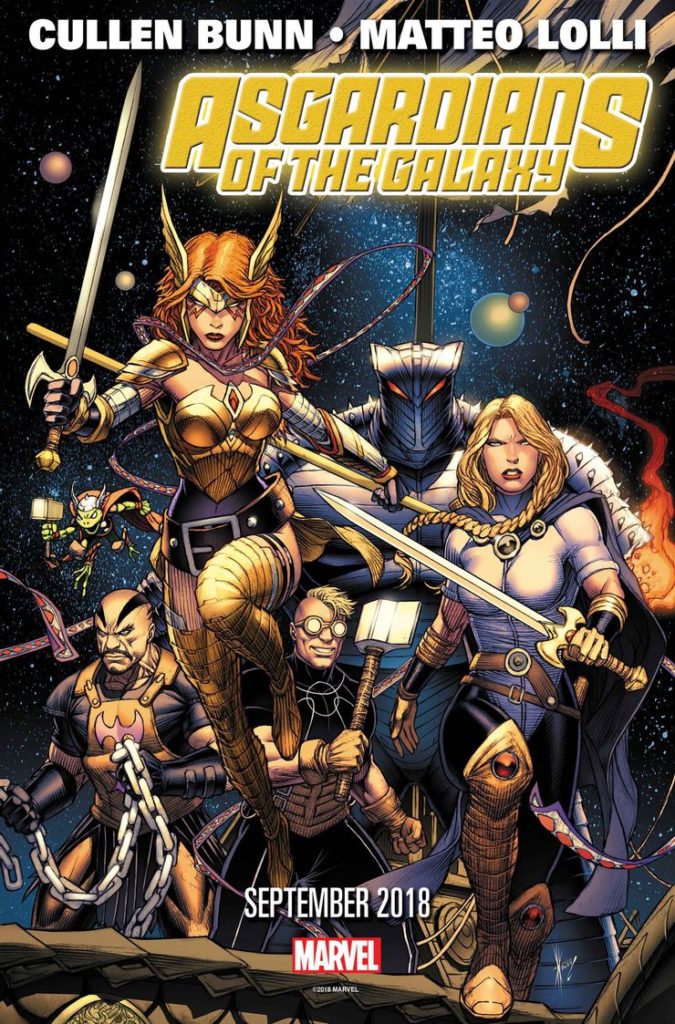 So, who exactly are the Asgardians of the Galaxy, and what are the most important things you need to know about them?

Perhaps the most notable appearance of the team as an actual team was when Cullen Bunn and Matteo Lolli brought together some Asgardians led by Angela in 2018. As she herself served on the Guardians of the Galaxy, Angela as a leader is actually pretty on-point. She was raised in the Tenth Realm of Heven, and all her life, she believed she was an Angel. Of course, one day, she found out that she was actually Thor’s sister—another offspring of Odin and Freyja and sister to Loki as well.

After Age of Ultron, Angela’s heroic career didn’t really take off. She does, however, fight alongside Valkyrie, a leader of Odin’s shield-maidens. The ten-issue series also included Skurge in the roster (who was played by Karl Urban in the Marvel Cinematic Universe). While the comic book version is different from the version in Thor: Ragnarok, Skurge really is a villain-turned-hero.

Also on the team’s lineup is Kevin Masterson. Also known as Thunderstrike, he’s not the first person to adopt that superhero name. The original was Eric Masterson, who was actually once Thor. Kevin Masterson received his father’s mace from Steve Rogers after Eric Masterson’s death, and trained under Valkyrie to learn how to fight bad guys. 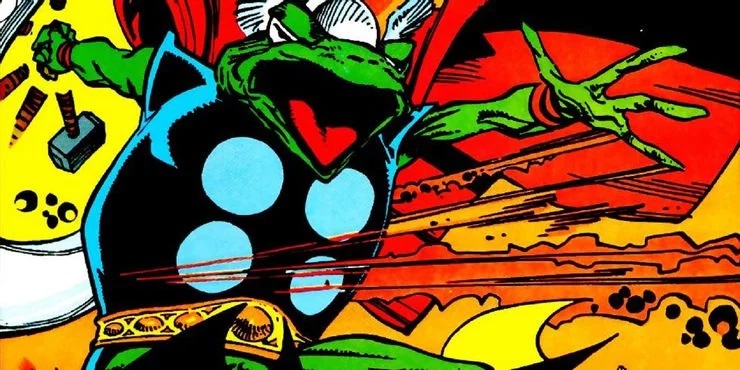 Probably the most interesting member of the team is the awesome amphibian Throg (which we talked about in full right HERE). The Frog of Thunder may look totally minuscule compared to other members of the team, but he might actually be the mightiest, given that he wields his own version of Mjolnir too. Of course, there’s also The Destroyer, which is Odin’s armor built to combat the Celestials, so there’s really no lack of firepower for the whole team.

“These characters have not worked together often, and never in this way, so the team is just starting to find its footing. Some of the characters get along better than others. Some of the Asgardians are less trustworthy than others, and that will lead to some interesting interactions,” writer Cullen Bunn once said. “Some of the team members are unsure of the motivation for bringing the group together in the first place. Others don’t seem to belong at all. Watching this team come together and seeing how very different members of the group interact will be a big part of this book’s fun.”

We’re not entirely sure how the teased “Asgardians of the Galaxy” will be portrayed in either Guardians Of The Galaxy Vol. 3 or Thor: Love And Thunder, but since nothing’s set in stone just yet, anything’s possible—hopefully even the accuracy of Angela’s sexuality from the comics!