Home TV Editorials Who Is the New Director of S.H.I.E.L.D.? 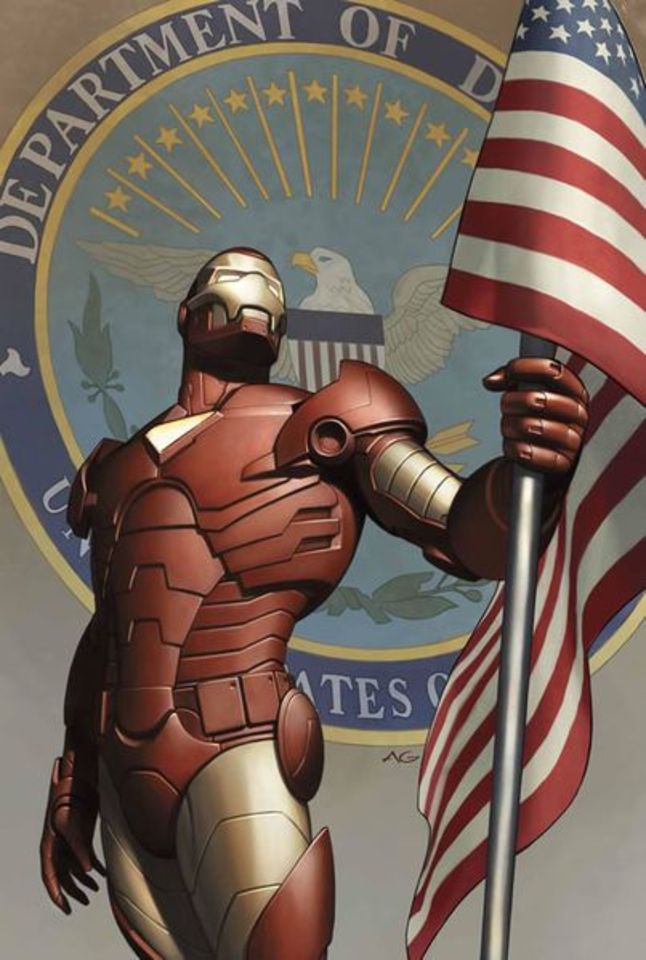 It appears the covert Strategic Homeland Intervention Enforcement and Logistics Division is heading out of the shadows. Along with its resurgence, the man who kept it afloat, everyone’s favorite Phil Coulson, got a demotion. So, who is the new director of S.H.I.E.L.D.?

In the season finale of Marvel’s Agents of S.H.I.E.L.D., we were given a flash-forward into the future. There, Phil Coulson was leading a group to track down a rogue Daisy Johnson, but said, “The director won’t be happy about this.” It was a twist fans of the show didn’t see coming. But don’t worry; Entertainment Weekly caught up with Clark Gregg who assured fans that Agent Coulson is happier when he’s in the field.

“I feel proud of a lot of the choices that he’s made, even some of the choices that he’s made to deal with some of his own mistakes,” says Gregg. “But to build S.H.I.E.L.D. back up from nothing in the wake of Winter Soldier, I’m sure he has regrets, but I’m sure he feels pretty good about what he was able to accomplish. Other than the regrets he has about where Daisy seems to be, I suspect there’s a part of him that’s very happy to return to Agent Phil Coulson.”

Still, a demotion isn’t something to celebrate. However, Phil Coulson knew this had to be coming following his actions in the latter part of season three. Tracking down the ancient Inhuman Hive at all costs left him with a dead agent (Lincoln) and another on the run (Daisy). That kind of bad decision making meant one thing: someone else has to take over. And if that’s the case, just who the hell is it going to be??

“I was not given a clear answer,” said Gregg. “I don’t know that it’s been determined. I thought I was going to find out when I saw Civil War, but it’s not at all clear.”

Leave it to S.H.I.E.L.D. to keep their decisions in the dark. So while it might be some time before a new Director is named in the MCU, let’s do some speculating ourselves. Here are just a few names that should turn in their resumes and apply for the Director of S.H.I.E.L.D. position.

I mean come on; this is the obvious one. Fury left the organization after the events in The Winter Soldier, only to reemerge during the assault on Sokovia… with a Helicarrier. The man still has all the connections, so bringing him back into the fold is a no-brainer. Heck, even Gregg thinks so.

“It all depends when the glorious Nick Fury [Samuel L. Jackson] returns from the cold and the shadows.”

Jackson still has a bunch of movies left on the massive Marvel contract he signed, and I doubt there’s any chance he sits out Infinity War. So, expect a return of the original spy in the future. Still, he may not want to return to his former position, so why not turn the position over to someone he trusts?

Someone like Maria Hill? Sure, she’s helping keep Stark Industries up and running, but she hasn’t left Fury’s side yet. When Fury saved the day in Age of Ultron, it was Maria who helped him gather the remnants of S.H.I.E.L.D (plus, she held the Director position in the comics, so it’s not a real stretch). She knows the organization through and through, but once again, Gregg warns that past experience with the group could disqualify a person from the position.

“I suspect, in the wake of the Sokovia Accords and the end of Civil War, the people involved in choosing who the director of S.H.I.E.L.D. will be are other than in-house S.H.I.E.L.D. people. If I know my government bureaucracies, I have a feeling it will be someone somewhat less qualified than Coulson to run S.H.I.E.L.D.”

You think that previous quote would knock Melinda May off that list, but think again. May is the consummate agent and always follows orders. The World Security Council could trust someone like May in charge. And it’s certainly a good thing if Clark Gregg says she deserves the position.

“That would be magnificent. She has earned that right and she is a commander that Coulson would absolutely follow with absolute loyalty.”

While Agent May would have the support of most fans, the gap between Marvel TV and movie properties is deep, so it’s unlikely any TV character would rise to the ranks of Director.

But don’t shut the door on Stark. He’s already working with the Government building secret underwater prisons, so it shouldn’t come as a shock if he uses his connections to rise to the top of S.H.I.E.L.D. And his appointment to SHIELD Director was something that already occurred in the comics; Director Tony Stark was one of the men responsible for shipping Hulk out to space (hmm… that could fit into a certain Marvel movie). A S.H.I.E.L.D. led by Iron Man is something fans of the MCU can get behind, especially if it leads him to tracking down more heroes like Spider-Man.

Still, what if the government doesn’t trust Stark enough (Captain America did easily infiltrate the raft, Stark’s secret prison). What if Ross used his leverage as Secretary of State to appoint himself Director of S.H.I.E.L.D.? You can even have Ross lead an “MCU-ified” version of “The Thunderbolts,” a group of MCU villains acting as heroes while Cap remains in hiding. You can even have him call it the “Thunderbolt Initiative.”

We’ve had a secretive S.H.I.E.L.D. leader in Fury, followed by the gold standard in Coulson. Let’s turn the position over to someone who can’t be trusted: “Thunderbolt” Ross for S.H.I.E.L.D. Director 2016.

(And maybe he gets his hands on some soldier enhancement serum and transforms into Red Hulk!!!)