Home TV News Why Ghost Rider Works in Agents of S.H.I.E.L.D. (and Not Doctor Strange) 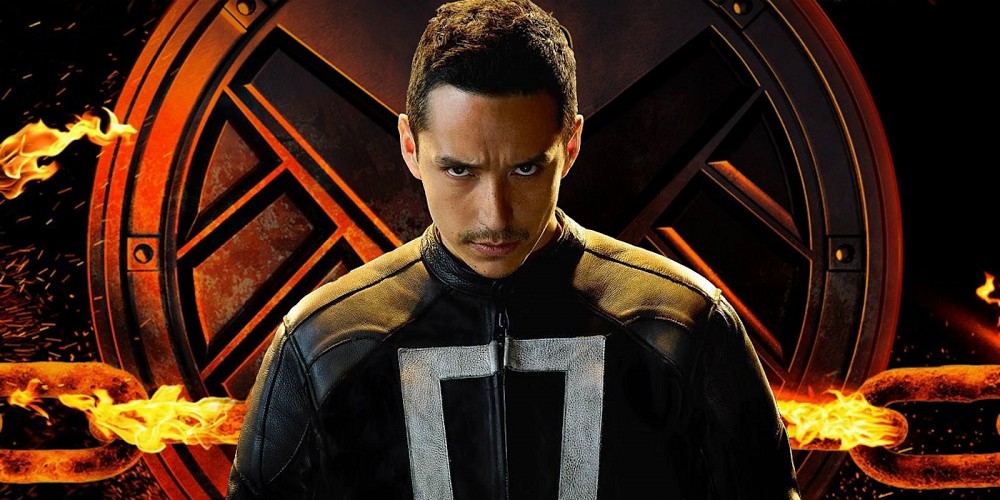 Well… Robbie Reyes made a strong impact in the Agents of S.H.I.E.L.D. season premiere. The Ghost Rider was as vicious as ever, taking out a group of Aryan brotherhood members during a nice, bloody, one-sided beatdown. Throw in a quick showdown against Quake, and it just feels like Ghost Rider was always meant to be part of this show.

The debut should have answered any doubts people had regarding the inclusion of Reyes. Agents of S.H.I.EL.D. has always been space and science-focused, so bringing aboard magic and mysticism could seem out of place. However, as Jeph Loeb – the head of Marvel Television – told Comic Book Resources, it’s Reyes story that really makes Ghost Rider a perfect asset to the show.

We haven’t had the opportunity to delve deep into the story of Reyes yet, aside from the quick cameo his brother made at the tail end of the episode. For those unfamiliar with the story, they could only judge the character on one aspect: how awesome the character looks post-transformation. Ghost Rider has a very distinct image, and capturing that fiery presence was an important part of getting the character right.

“I really have to give credit where credit’s due; our extraordinary visual effects people. When you get to see how Ghost Rider is finally presented — and you do get to see it in the first episode — you won’t believe that level of special effects can be achieved on television. It has nothing to do with budget, just the amount of time that it takes for that to happen; to have the lead time to be able to tell that story.”

He looks amazing. When The Rider is staring down Daisy and determining if he’s going to cast vengeance upon her, he really looks the part. Overly bad CGI can kill any progress made by great storytelling, so thankfully, AoS nailed the look of the Rider. So with that part of the character checked off the list, we can delve deeper into his story and what makes him tick.

Apparently, part of what makes Reyes is the environment he lives in. Los Angeles is being set up to be a focal point for this season. Considering how Agents of S.H.I.E.L.D. likes to jettison across the globe, it will be very interesting to see how the show sticks to one location. Still, the opportunity to create a story set in a vibrant environment makes Loeb and the rest of the show’s creators giddy with excitement.

“It’s also a terrific venue that we haven’t really spent a lot of time in, to be able to set the show in East LA. Then there’s just badass coolery — the idea that he has a black car that’s got hellfire shooting out of it. I’m in!”

While there’s a lot to look forward to, seeing Ghost Rider team with other magical characters doesn’t seem to be part of the equation. Now, Agents of S.H.I.E.L.D. is going to have some of its elements tie into the next MCU motion picture, Doctor Strange, and it’s probably going to have something to do with that ghost-filled box we encountered in the premiere. But as Executive Producer Maurissa Tancharoen told Entertainment Weekly, what we’re going to see on the television side of the Marvel universe is just the baby steps leading to bigger things.

“The same questions that our team is exploring leading up to the premiere of Doctor Strange, perhaps some of those concepts will be reflected in the movie and then carried through.”

Jed Whedon added to that, and included how the magical elements being introduced in the MCU will mesh with the scientific properties that the current batch of movies has been based on.

“Doctor Strange will introduce some new ideas, but we’re starting to lay the first brick in the yellow brick road to that. We want to slowly play with the morality of building these things, whether or not we even should and the scientific questions that come along with it. [That’s] the first step that we explore before we inevitably get into other things.”

So we won’t get the opportunity to see Robbie Reyes trade magic tricks with Stephen Strange (but who knows about Johnny Blaze!). Still, getting him in the MCU was phase one. Making him look great was phase two. Now, Ghost Rider has entered his own phase three, which is fleshing out his backstory and making him a character worth remembering. Here’s wishing for an eventful fourth season of Agents of S.H.I.E.L.D. 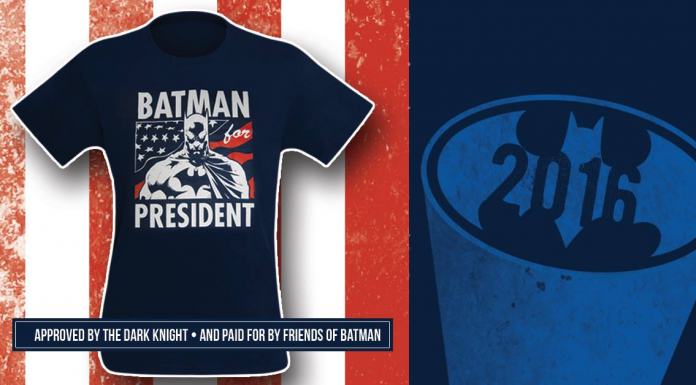 SHOW YOUR SUPPORT! Wear the T-Shirt and Write in Batman for President!