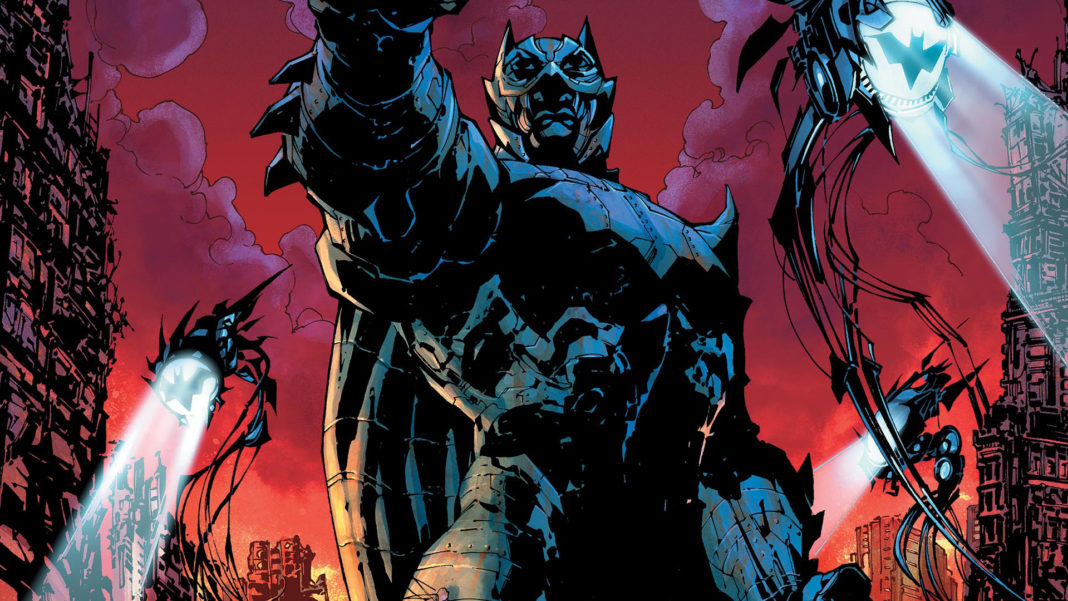 A mystery never makes sense at first. Even though all of the pieces may be laying out in front of your eyes, a puzzle that is begging to be assembled, it often takes time for our brains to adjust and make sense of the chaos. It is only once a few of the pieces have been connected that we are able to make sense of the true image.

In Dark Days: The Forge, Scott Snyder and James Tynion IV have begun the exploration of an ancient mystery through connecting puzzle pieces established in The New 52 and Rebirth Eras of DC Comics. Although the audience may have begun to grasp the nature of the mystery at the end of the issue, the authors have done little more than scratch the surface.

Through connecting previous plot-threads and establishing a mystery with far more intriguing questions, Snyder and Tynion IV have successfully built overwhelming anticipation toward Dark Nights: Metal. Many of these questions may drive the narrative of Snyder and Capullo’s summer event. Although there are many questions raised by the issue, here are 5 Questions Raised by Dark Days: The Forge. 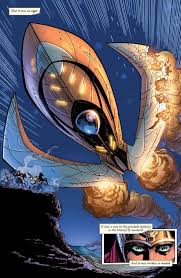 5) There’s something in the metal… “How are the metals connected?”

A delicate thread only visible to The World’s Greatest Detective, “metals” have played pivotal parts in much of Snyder and Capullo’s run on Batman. With the reintroduction of Nth Metal into the DC Universe following Rebirth, these metals are connected to a larger, multiverse spanning mystery. Electrum, Dionesium, and Nth Metal are all connected thematically.

Initially, it was believed that The Court of Owls used Electrum to preserve and reanimate the dead to create an army of undead assassins. Then it was revealed that the Court had used the metal Dionesium in the creation of their Electrum alloy. During Endgame, The Joker had revealed that the ancient metal, Dionesium, activates the genes that repair our bodies.

It was also suggested that Vandal Savage was exposed to the purest form of Dionesium to gain immortality.

Finally, when exposed to a spaceship made from Nth Metal, Hawkman and Hawkgirl were granted immortality through reincarnation. In essence, it appears that each metal is concerned with the preservation of life through various methods.

This thematic thread appears to insist that Electrum and Dionesium could potentially be alloys of Nth metal due to similar vibrational frequencies. In the end, reincarnation is just a more powerful form of regeneration. If Dionesium is an alloy of Nth metal, it would make sense that the source material would possess more powerful properties.

4) Who are the Immortal Men? What is their connection to the Nth Metal? What are Elaine Thomas’ secrets? 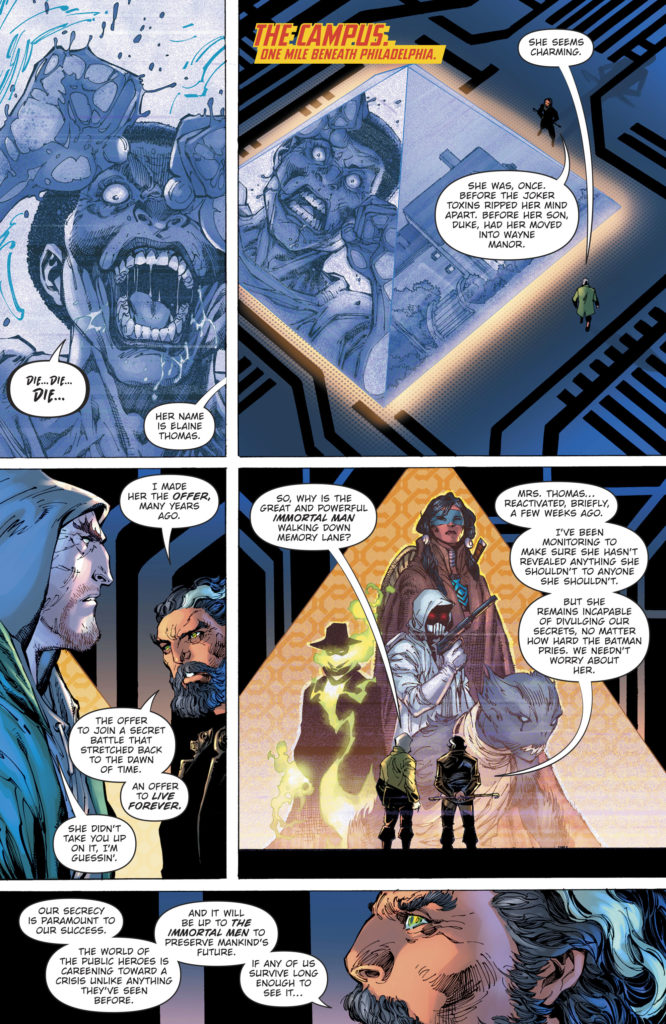 Following the thread of immortality, the original Immortal Man was Klarn, a caveman leader of the Bear Tribe. The Immortal Man first gained the power of immortality after crafting an amulet from the same meteor that turned his adversary, Vandar Adg, into Vandal Savage.

The Immortal Man possesses superhuman strength, flight via telekinesis, pyro-kinesis, hypnosis, and immortality via reincarnation similar to Hawkman and Hawkgirl. The character’s defining attribute, as well as the revised history of Vandal Savage that includes Dionesium, suggests a direct connection of The Immortal Man to Nth Metal and Disonesium, respectively.

In Dark Days: The Forge, Snyder and Tynion IV adjust this name to The Immortal Men, suggesting that there is a group of individuals possessing these abilities. Although the identities of these individuals remain to be seen, we can assume that the original Immortal Man will be a founding member. Additionally, we can be certain that they will play a future role in the mystery. Moreover, the inclusion of Duke Thomas’ mother, Elaine Thomas, as a potential member provides justification for Duke’s investment in the mystery. 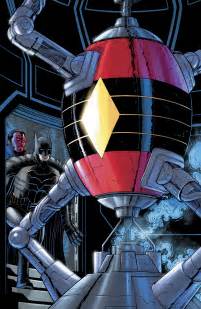 Patrick “Eel” O’Brian gained his powers during a burglary after he and fellow gang members were surprised by a night watchman. During their escape, Eel was shot in the shoulder and drenched by a drum filled with an unknown liquid chemical. Eel gained the abilities of superhuman elasticity/plasticity, immunity to telepathy, shapeshifting, invulnerability, regenerative healing factor, and immortality.

When engaged in battle, sometimes it is best to “fight fire with fire.” Batman, who possesses a penchant for strategic planning has probably already deduced the connection between Plastic Man’s abilities and Dionesium. Having experienced the aftermath of the metal’s abilities in previous storylines, it would make sense that The Dark Knight would want an ally experienced with similar abilities. Despite Plastic Man’s instability, his familiarity with these abilities may make him an invaluable colleague in the field.

2) Why did Batman keep the Cosmic Tuning Fork? 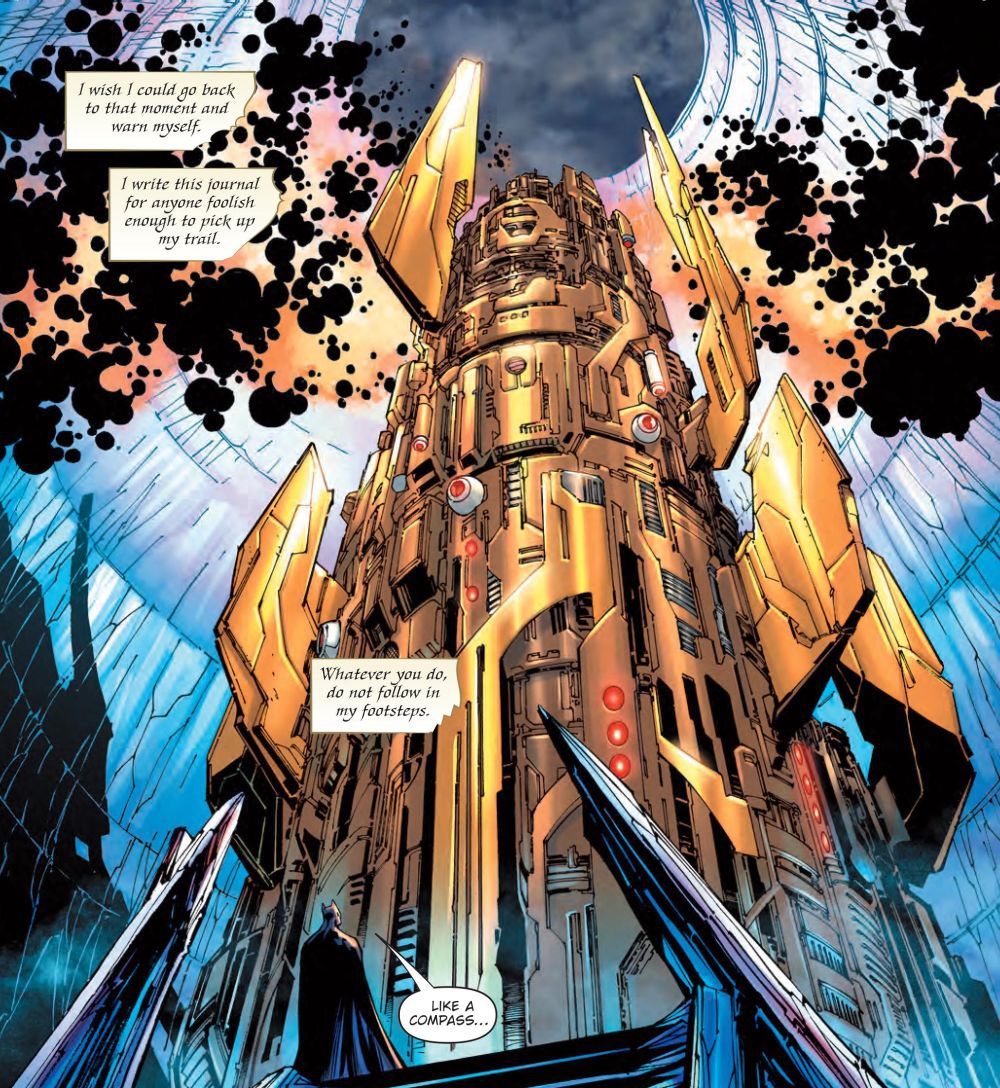 Last seen during Crisis on Infinite Earths, the Monitor used a Cosmic Tuning Fork to slow the merging of multiple earths and prevent their destruction. Batman appears to be using this tool to determine the vibrational frequency of, “The Dark,” which is a place of nightmares. Although it is implied that the Cosmic Tuning Fork is constructed of Nth metal, it has yet to be revealed how “The Dark” is connected to the metal.

However, this item is also connected thematically with the preservation of life as it was used to prevent the destruction of multiple earths. Additionally, the Cosmic Tuning Fork will once again be used to preserve life by combating “The Dark,” which could potentially symbolize death as it has been described as a “place of nightmares.”

1) Why does Batman have Joker trapped in a hidden trophy room of the Batcave? How is Batman keeping the Joker contained?

The Joker last terrorized Gotham City during the events of Endgame with the use of Dionesium. Detaining the Clown Prince of Crime serves a similar function as placing Plastic Man on the team. Removing a potential enemy versed in the regenerative properties of Dionesium from the board makes sense strategically.

Additionally, this provides The Dark Knight with another individual to pump for information using various forms of interrogation as well as help to drive the narrative forward.

Additionally, it makes sense that he would only have trapped the iteration of the Joker that was responsible for the events of Endgame due to his familiarity with Dionesium. However, if it was that easy to capture the Clown Prince of Crime, why hasn’t he captured the other two Jokers running around the DC Universe? Snyder has stated that the three Jokers plot thread will not be explored in this series. Instead, the Joker will deliver exposition regarding Nth metal and its properties related to immortality.

It is safe to assume that the Joker remains contained in this hidden trophy room for personal gain because he always manages to escape his confines and wreak havoc on the Bat Family. Perhaps his exposition will create narrative tension for Batman’s new protégé, Duke Thomas. In the end, his familiarity with its regenerative properties, and his self-proclaimed immortality ensures that he will help to tie up all loose-ends regarding this plot thread.

What did you guys think of Dark Days: The Forge? There are many other questions raised by this issue that have not been discussed in the article. What was your favorite part of the issue? What are you most looking forward to with Dark Nights: Metal? Sound off in the comment section below!