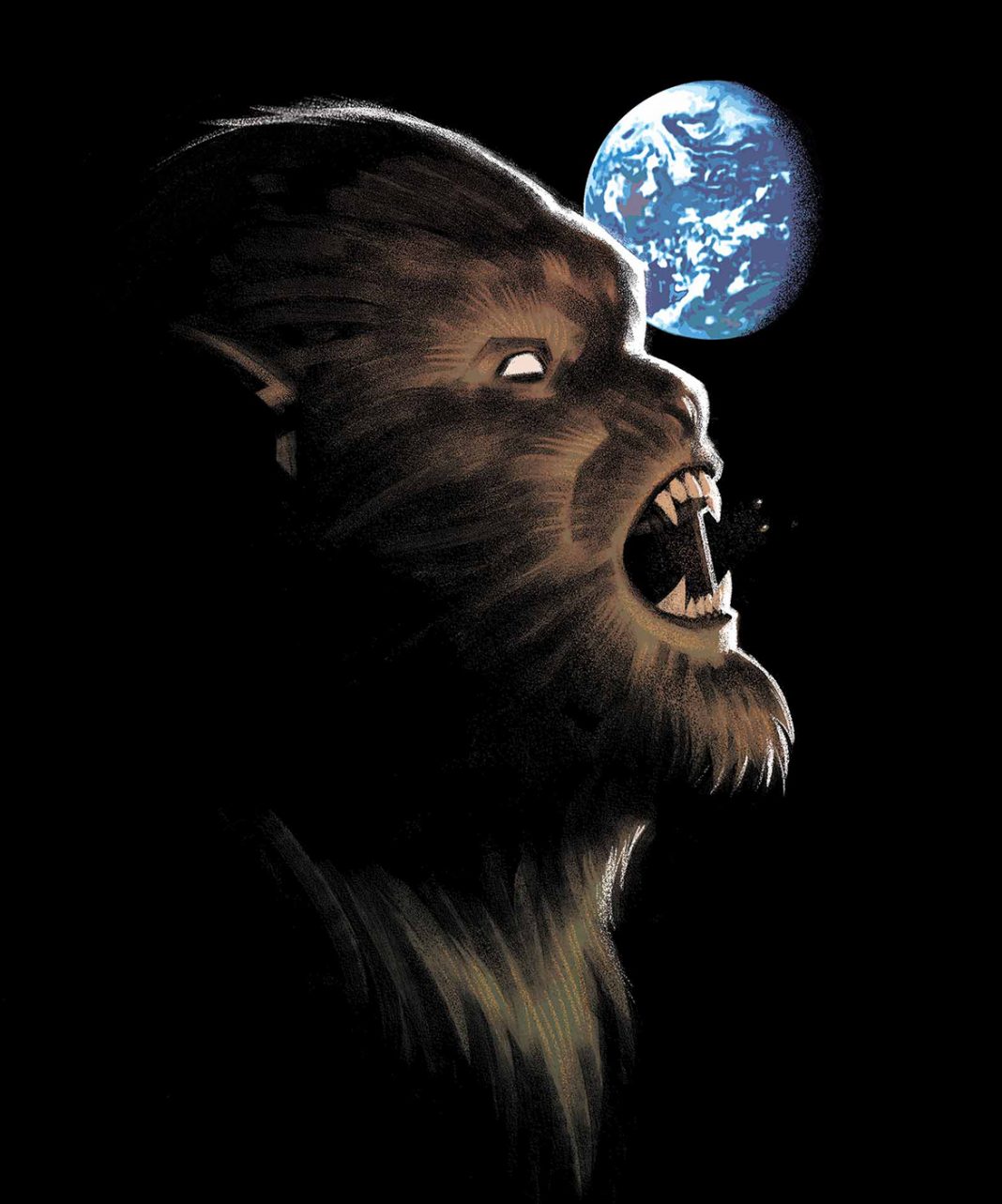 In the latest Moon Knight series from Marvel, writer Jeff Lemire has pushed Marc Spector beyond what any fan could imagine. Instead of the usual trouble Marc’s weak mind and his dissociative identity disorder bring, Moon Knight has been competing in an epic, supernatural showdown for control of his own mind. However, he is not merely fighting a mental illness or the stigmas that come along with it; this time around, Marc is fighting against his own mentor, the Egyptian god Khonshu. Recently, the adventures inside Marc’s mind have taken a turn for the worst. There is no longer a linear timeline ordering the events; Marc simply slips into places and personalities. On the final pages of Moon Knight #6, Marc found himself as a knight on the moon, ready to take down some space wolves. What follows is the continuation of this journey and The Source‘s Moon Knight #7 review.

To preface, if anyone has ever wanted to read a comic about infectious space wolves trying to wipe out humanity on the moon, leaving Moon Knight as humanity’s last hope, this story is for you. If not, I totally agree.

From the cliffhanger in Moon Knight #6, the beginning of issue #7 finds Marc ready to square off against Lupinar and the space wolves for all of humanity. By giving a rousing speech to the other Moon Knight pilots, Marc recaps the previous events, explaining that the Earth fell to the space wolves. Now, they are ready to destroy mankind’s last base on the moon.

Marc and his co-pilot Frenchie, who died earlier in the series, engage in a dogfight with Lupinar, but then Marc’s fragile psyche tampers with the events. Out of nowhere, Marc slips into his Jake Lockley personality, where he is driving a cab with Frenchie in the backseat. These moments play side by side in the panels: Marc vs Lupinar and Jake vs an impending car accident. Unfortunately, they both crash because Marc’s stream of consciousness, which expresses both scenarios, freezes abruptly.

Throughout the rest of the issue, Marc moves through both adventures, failing to stop Lupinar — who may or may not have changed Marc into a space wolf (the cover art hints that he might have) — and suddenly stumbling upon Gena’s Diner as Jake Lockley on Earth. Oh, and Gena’s Diner? Totally filled with the dead.

The only thing worth noting from the comic is a pyramid-shaped spaceship, which slowly makes its way toward that last human city on the moon. As seen earlier in the series, the pyramid is home to Khonshu and may come into play later for a final showdown between mentor and mentee.

As creative as Lemire’s tangential story may be, readers know — or at least assume — that this is all some sort of dream Marc is having. None of the story is real. We know it, and Lemire knows it. Yet he insists we read anyway. Unfortunately, this particular part of the story contains none of the earlier elements of foreshadowing and existential crisis, begging Marc to investigate or at the very least question the present events. Without those bits of drama, those crumbs of truth slipping through Khonshu’s carefully crafted facade, it is hard for the reader to remain invested in the story at all. Sadly, the issue is a letdown and does not fit within the over-arching narrative Lemire appeared to have set up.

As stated before, if you have always wanted to see Moon Knight fighting space wolves to save humanity, this story is for you. But for those of you who were eager to pick up this month’s copy of the superhero-themed psychological thriller featuring the white-clad Moon Knight, you will just have to wait until November.

What did you think about the issue? Did you like it? Be sure to check back with The Source for comic reviews and breaking news!