Fellow detectives, our Batman #22 and The Flash #22 reviews are SPOILER-Y, so … check back with us after you’ve read the issues. Oh? Still here? Thank you!

I previously reviewed the long-awaited DC Comics event, “The Button,” a four-part story arc which promised to bring up more of the Watchmen reference teased from the “Rebirth” one-shot. The reviews for Batman #21 and The Flash #21 can be found here. Ready to hear how the last two parts equal out? Here it goes …

The issue starts off recapping what happened during Flashpoint, as told from Thomas Wayne’s point of view. He is soon visited by The Flash and Batman (picking up from where The Flash #21 ended), but the emotional reunion between father and son is cut short when the trio are attacked by soldiers sent from Flashpoint’s Wonder Woman’s and Aquaman.

The issue finds Batman and his father talking through their emotions and fighting the enemy, all while The Flash is rebuilding the cosmic treadmill. The story, much like the oblivion enveloping the Flashpoint world, moves quickly.

It makes sense that Batman would plead for his father to come back to the “main” Earth, but, for some inexplicable reason, he doesn’t.

I wish I could say there’s a good reason for Thomas to stay behind, but there isn’t one given. From my own perspective, I don’t think there’s a lot of story potential for Thomas in the mainstream universe, but it could’ve been explored.

The issue ends on an uninspired note: with Flash and Batman running along Reverse Flash before his fate from Batman #21.

The issue did (ever-so-slightly) deliver on an emotional level as it gave fans what they wanted to see since reading the ending of Flashpoint – the Flash handing Batman the letter from his father. But it was much too rushed.

All of “The Button” issues should have been lengthened as there is so much story that could have – and should have – been addressed since this story arc centers around epic appearances and an even more epic concept! But, alas, it wasn’t meant to be.

I was underwhelmed by this issue, especially after the great start shown in #21. This was the issue which was plotted by Tom King and Joshua Williamson, written by Williamson, with golden approval by King. But I don’t know why King was so satisfied. There was so much potential for this story, but two pages were wasted on a brief recap of Flashpoint.

And while I understand the recap benefiting those who haven’t read Flashpoint (if you haven’t read it, drop everything, BUY IT & READ IT! RIGHT. NOW!), it is a complete waste of time and space for fans who have read the story and/or seen the animated movie. All in all, a mediocre entry to a promising story with Jason Fabok’s wonderful art. 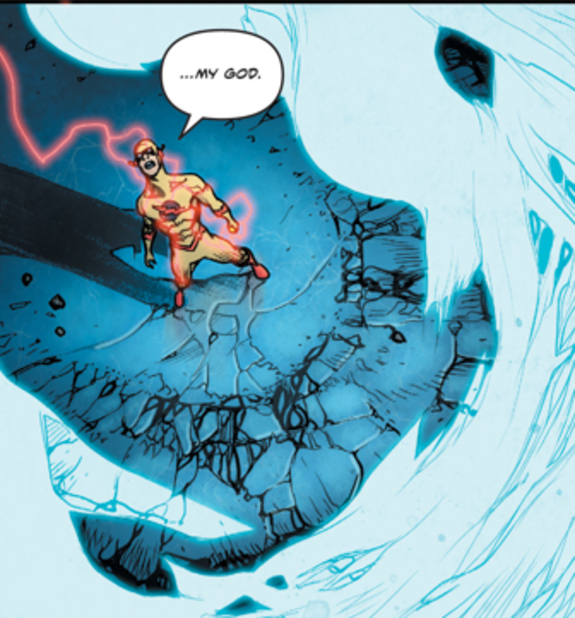 This is it! The conclusion to “The Button!” Considering the issue was pushed back a week from its original release date, I thought DC was really going to release the good stuff for the final issue. So, was it everything I thought it would be? Well … the issue starts right where Batman #22 left off – with Barry and Batman running alongside Reverse Flash. There’s a lot of useless filler as the reader is just shown Reverse Flash and his whereabouts before his surprising moment in Batman #21.

This scene is, unfortunately, a waste as it’s completely unnecessary, and what Reverse Flash says doesn’t influence the story whatsoever.

Halfway through the story, a legendary Justice Society of America (JSA) member (he’s on the cover of this issue so it’s not exactly a surprise) makes his appearance, much like Wally West did in Rebirth #1. Like fellow JSA member Johnny Thunder in The Flash #21, this character has been lost since the end of the New 52, but his appearance is all too brief for such a fan favorite.

The issue ends with the two characters swimming in the same 5,000 gallons of bewilderment they were treading through in The Flash #21, and what follows is merely a tease to get fans excited.

This is my least favorite issue! In fact, I hated it. What I hated most about this issue was that it took so many pages to establish absolutely nothing! Williamson wasted an entire issue and I can’t believe the higher-ups at DC would approve of it, unless it gave DC what it wanted to achieve: a tease.

All I was hoping for by the end of this arc was a full shot of just one of the characters from Watchmen (most likely Dr. Manhattan or Ozymandias); what I got was a hand and another snippet of dialogue from the legendary book. To me, this is lazy writing. I understand using a quote from Watchmen back in Rebirth #1, because it gave readers and fans a clue as to what was yet to come (the tease was expected and appropriate).

But to do it again!? It’s simply a safe, easy gimmick to end the arc on. Williamson’s writing on Image Comics’ Nailbiter is so sharp, so full of surprises, and so well-executed (one of the best books out there!), so I am dumbstruck as to why he can’t seem to find his footing in the world of DC Comics. And while Howard Porter’s art is not bad, I would’ve thought DC would’ve gotten a better artist for such a distinct story. 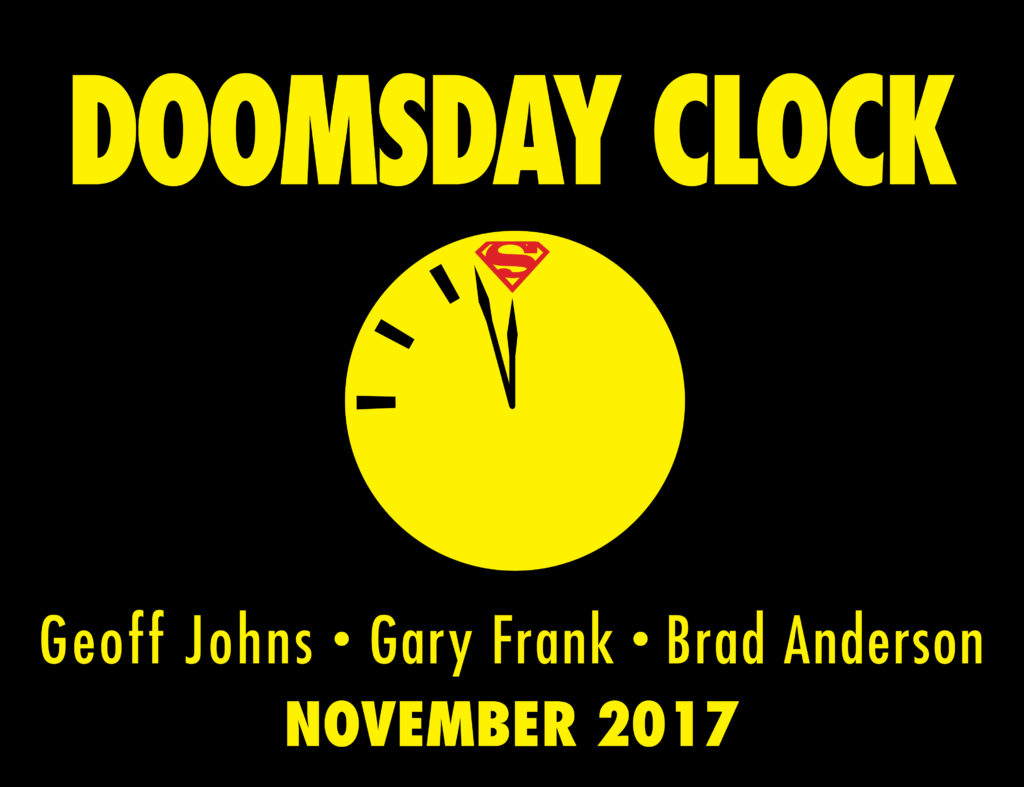 The epilogue at the end of The Flash #22 is not exactly news to fans who heard about it two days before this issue was released: the revelation of the next Watchmen-inspired story arc, “The Doomsday Clock,” which will center on Superman. All I gotta’ say is … it better deliver!

The fact that Geoff Johns is writing and art is provided by Gary Frank (one of my favorite artists) gives me hope and shows a lot of promise. Then again, “The Button” gave just the same amount of hope and promise.

The ultimate shame of “The Button” is that, for such a promising story, I don’t see any point in buying the trade paperback/hardcover collection when it’s released because even when it’s all put together, the story doesn’t deliver much on anything. The best bet will most likely be in the distant future when DC eventually releases a hardcover and/or trade, collecting both “The Button” and “Doomsday Clock” together.

So, what are your thoughts on “The Button?” Did it satisfy or disappoint? Let us know in the comments below!