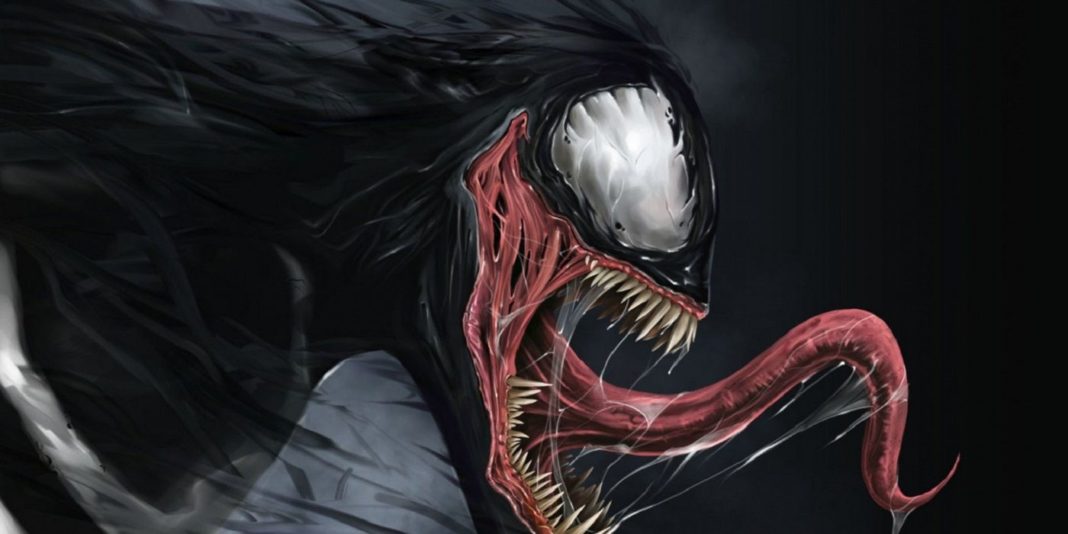 It’s a head versus heart battle. What I’ve been calling a “jubilated juxtaposition.” The idea that Tom Hardy is venturing back into the realm of comic book movies is enough news bring a smile to any fan boy’s face. The fact that he’s taking on the iconic role of Eddie Brock/Venom causes instant salivation. So why am I still worried about this movie?

My reservations have nothing to do with Hardy. He has become one of the most prolific actors working today, a chameleon who can delve deep into a character and bring out subtle nuances that enhance the performance. I cannot think of a film featuring Tom Hardy where I did not enjoy his performance. There’s also the revelation that Hardy is a massive fan of the character he’s set to play.

So, Tom Hardy playing a comic book character that he wants to play. How could you go wrong? He was even one of the actors I chose to play Venom in a previous article. The stars have aligned to make this movie a success! Still… that apprehension lingers.

The biggest issue I have with this movie is the fact that Sony Pictures is going to be heavily involved.

Gone are the days of the studio handing a premier franchise off to a solid director and letting them do their thing. Back when Sam Rami got to make the first Spider-Man franchise in his image, he turned the web slinger into a billion-dollar franchise. By the third movie, the studio became too involved. They forced Venom in — which tore the story apart — and what we got was a rugged collection of scenes including an emo Peter Parker dance sequence.

The reactions we so bad, Sony squashed a potential fourth Rami film and rebooted the whole damn thing. The Amazing Spider-Man duo of disasters led to fans losing faith in Spider-Man and thus Sony had to do the unthinkable:

Spider-Man was put on loan to Marvel Studios… allowing Kevin Feige and his braintrust to do right by Peter Parker.

It seemed like the smart move. Spider-Man’s debut in Captain American: Civil War was an amazing introduction. Perhaps it was just seeing the character alongside Iron Man, Ant-Man and the rest of The Avengers… but it seemed like this incarnation was the version fans had been clamoring for.  Spider-Man: Homecoming has all the potential to be one of the best Spider-Man films to date and make everyone forget about the abysmal Amazing Spider-Man 2 (what a waste of Paul Giamatti).

However, Sony couldn’t just sit back and be happy. They couldn’t just let Homecoming be the best Spider-Man feature since Spider-Man 2 (still one of the best superhero movies period). Instead, they had to drop a bombshell and announce they are releasing their own movie — based on Venom — WITHOUT ASSISTANCE FROM MARVEL STUDIOS!!!

They weren’t patting us on the back, they were stabbing us! Sure, the reveal of Tom Hardy’s involvement makes things better, but let’s not forget Sony is still going to be the ones pulling the strings.

If you’re still reading this and thinking, “hating a particular studio is a dumb reason to be dubious about a Venom movie,” let me direct you to those email hacks from several years ago.

While it’s hard to justify an invasion of privacy, it did give people an insight to the workings of a major motion picture studio. Most of the reveals from the email hack were minuscule. However, one part always stood out to me: the fact that Sony was gung-ho on doing a mashup of Men in Black and 21 Jump Street.

The studio honestly thought mashing up two franchises would create a better one. Well, Alien vs. Predator, Freddy vs. Jason and Batman vs. Superman (yeah, I went there!) proved that combining franchises doesn’t equal a quality product.

The fact that Sony Pictures wants to apply this concept to Venom, Black Cat, and every other Spider-Man character not showing up in The Marvel Cinematic Universe is concerning.

In defense of Sony, they did bring Tom Hardy on board. They also are bringing in Ruben Fleischer to direct. Fleischer had an amazing breakout with Zombieland and while his follow-ups with 30 Minutes or Less and Gangster Squad were underwhelming, he still looks like a director who is going to find his stride.

Perhaps Sony will give Fleischer the Sam Rami treatment and let him tell the story he wants without studio interference (and perhaps bring in Zombieland star Woody Harrelson as Carnage. Just an option!).

However, if Sony Pictures is dead-set on building this Spidey-verse, forcing more characters into a Venom movie than needed, then Venom is dead on arrival. While my heart tells me they’ll let Hardy and Fleischer do their thing, my head is adamant that Sony Pictures will somehow mess this up and — once again — we’ll get a darker version of Amazing Spider-Man 2… perhaps with an emo dance Eddie Brock sequence to boot.

So, what do you think? Are you excited for a Tom Hardy Venom movie? Or, does Sony’s involvement cause you to throw up in your mouth a little? Let us know in the comment section below with your fears or concerns regarding Sony’s forthcoming Venom film!