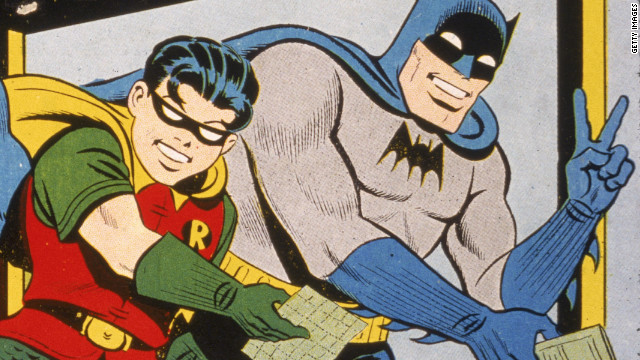 Throughout the years, Batman, the fan favorite of the DC Universe, has evolved as a character in unprecedented leaps through comics and other media. The live-action Batman alone has developed from the comical crusader of the 60’s TV show to the brooding bad@$$ we’re bound to see in Batman V Superman: Dawn of Justice. Similarly, the way the World’s Greatest Detective is portrayed in comics has also evolved over the years from the desires of the audience, and due to the necessity of our times. However, this incredibly dark, very serious hero constantly facing the darkest and most diverse villains in comics wasn’t always this way. In order to illustrate this change and indulge in some funny bat-nostalgia – contrary to the darkness surrounding Dawn of Justice – we’ve compiled a list of some of Batman’s funniest comic book moments focusing on our hero before his transition to the stern, solid Dark Knight.

Before we start, I feel as though I must give a bit of fair warning. A lot of these jokes will be funny because of the way language has evolved over the years. In the context they were used, there was nothing funny about it, but to us in the present these moments are nothing short of immature hilarity. We’ll start with an image, have a laugh, and then attempt to explain it or at least give it some context.

We begin in 1977 – the year A New Hope started the unending series of Star Wars movies – with a classic, comical caper in Batman #285. In this story, the villainous Dr. Tzin-Tzin threatens to rob Gotham city of… wait for it… Christmas. In an effort to stop Batman from saving Christmas, Dr. Tzin-Tzin summons, believe it or not, a Bear-Demon. I’m not making this up! In the panel above, taken from the comic, Batman appears to be asking what we are all thinking.

The panel above has become infamous all across the internet, causing laughter everywhere it goes. When the villain threatens our heroes – the Atom, Flash, Green Lantern, and Batman – their minds immediately consider their loved ones. For the first three, their thoughts obviously go straight to the women they love when considering who they have touched. But for Batman… his concerns are with Robin. While the contrast between the other heroes and Batman causes some laughs – mostly from the implications in context – it’s actually really sweet. Batman has had plenty of lovers over the years, but his thoughts don’t go to any of the women he has shared a kiss or a bed with because none of them are who he cares about most; none of them are his beloved sidekick, Robin.

3. The Birds and the Bats

Batman never really was the best parent or guardian for any of his Robins (with the exception of Damian), but I guess we can give him an “A for effort” on this one. Sometimes interactive learning can be very successful, but in the case of wearing fake birds on your head – on top of your costumes – it’s not really working for obvious reasons. Although, something must have worked considering the impressive list of lovers Dick Grayson went on to have intimate relations with, including Barbara Gordon, Huntress, and Starfire. Overall, it makes a hilarious panel from the reasoning in the narration, and the image of Batman and Robin wearing bird hats.

4. Things are Looking up for the Joker

Presidential Candidate Marco Rubio recently stated, “You know what they say about men with small hands… You can’t trust them,” and in the Joker’s case, it couldn’t be truer. Just look at how terrified the men around him are instead of laughing like immature teenagers, which you all probably did at that picture; I know I did. To give this panel from Batman #66 (1951) context, we have to look at “boner” (you snickered, didn’t you?). The original meaning of the word was to represent a blunder or an error, essentially a careless mistake. Earlier in the comic, the newspaper gives Joker the “Boner of the Year” when he commits the perfect crime but ruins his own getaway. In response, the Joker vows to make Gotham “rue the day it mentioned the word boner!” With the present definition changing the context of the comic so much, it looks like Joker probably should have made Gotham regret using the word so much.

5. Together Forever and Never to Part

Oddly enough, Batman and Superman aren’t always placed together in comics or cartoons with a capital “V” between them. Sometimes they work well together, complimenting each other; other times they duke it out to the brink of death. In the panel above, we see one of the lighter, romantic moments between DC Comics’ two greatest heroes; it just makes us laugh, especially considering all of the impending drama circling the boys who are poised to go to war in Batman V Superman: Dawn of Justice. If I could add any scene to the movie before its release, it would be something resembling this panel; an uncomfortably romantic moment – complete with music – between two men who just tried to kill each other.

Let us know if we left out any of your favorite moments from the old Batman comics and be sure to catch Batman V Superman: Dawn of Justice in theaters March 25th.