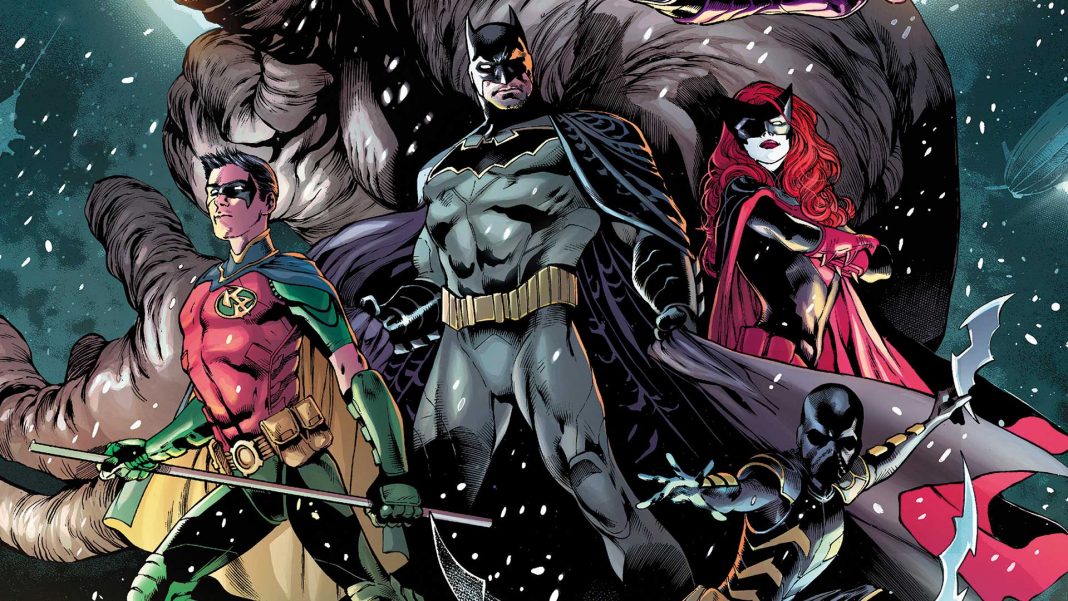 Holy Spoilers, Batman! This review will contain spoilers, so tread lightly if you have yet to read Detective Comics #934.

“RISE OF THE BATMEN” Chapter One

Team books are a major component of the DC landscape in the wake of REBIRTH. As mentioned in my preview, there are nine team-up books in the new line of titles — that represents almost one third of the total number of REBIRTH-related books.

Not only does Detective Comics return to the original numbering (Action Comics, DC’s other long-running title, is also back to the 900s), but it composes a new band of crime fighters for Gotham City that draws heavily on the established Bat-Family… with one notable, gargantuan, radioactively mutated addition.

Batwoman looks to be a central character in this new Detective run. I’ve always felt she was a strong character — both her original run on Detective and her self-titled “New 52” book were critically acclaimed — but she never really got her just due. That seems ready to change, as Batman commissions Batwoman to use her military background to train and lead some of Gotham’s younger heroes for the challenges to come.

The team roster fills many of the standard tropes. You’ve got your no-nonsense second in command, your rebel, and your hero with a troubled past but a heart of gold. The most intriguing part of the team, both before this issue was released and in this initial chapter, is Clayface. A longtime member of the rogues’ gallery, Clayface gets a chance to redeem himself here. He’s definitely the odd man out, both due to his background and his relative skill set compared to the other members of the team, as one of the final pages of the issue indicates.

How will the teammates interact with one another? Also, one member of the team learns Batman’s secret identity. How might that affect things going forward? While we await those answers, this hodgepodge collection of characters appears set to collide with a new vigilante in Gotham that is threatening due to both his tactics and, as we learn on the final splash page, numbers.

This one is definitely worth reading.