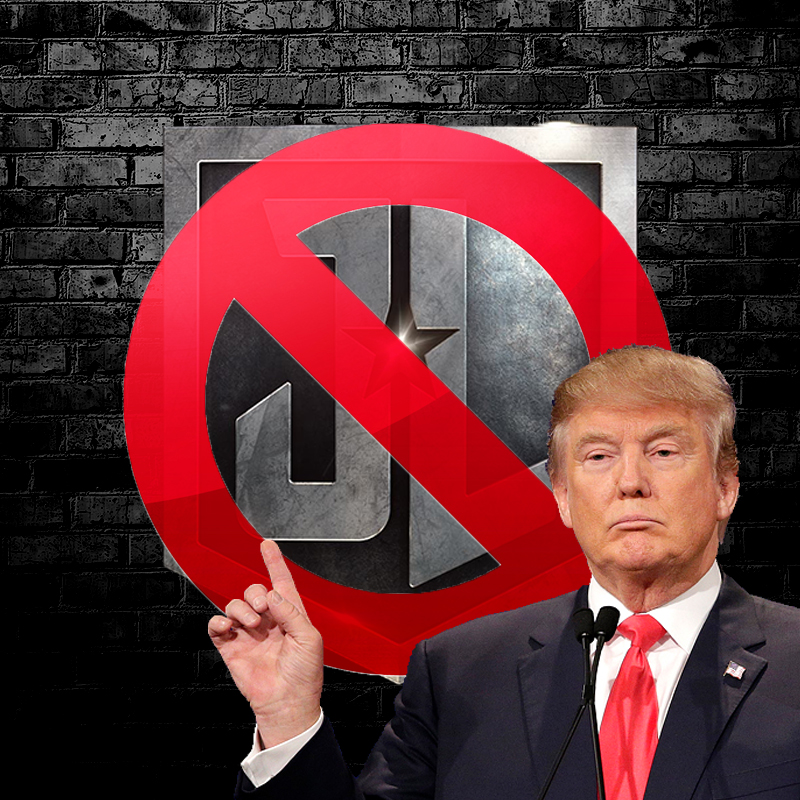 On November 9th, Superman — accompanied by the assembled Justice League and an especially aggravated Batman — addressed the nation in a press conference regarding the country’s collective concerns over the 2016 election; his speech touched on the candidates involved, and a general dismay felt by a good number of Americans regarding the country’s uncertain future. Of course, in his usual ‘Superman-ness,’ he beseeched us to have faith in ourselves and continue behaving in a way, as individuals, that would perpetuate our lives as good and kind, thinking and feeling human beings. Thanks for that, Superman.

Now, Superman didn’t point any fingers, not really. Most of the speech was, of course, very uplifting, but he did, in a manner, ‘point out’ the questionable nature of both candidates.
And yes, newly elected president Donald Trump took issue with this particular excerpt from Superman’s speech, specifically the very last line.

“However, we are very aware the candidates of this particular election cycle came with quite a few…well, to be frank, they raised a lot of concerns. And the gentleman who actually won the election? Well, as concerned as we were about both candidates, his behavior has oft-times appeared, well, doubly concerning.”

So, in response, Trump took to Twitter this morning, announced his dismay over Superman’s comments, and…announced his very own press conference.

Trump thanked all those in attendance, and gifted us with a very lengthy response….

“You people…you people with your crazy clown costumes and your crazy super-powers. You know how many buildings I lost…my beautiful, beautiful buildings…because of your gladiator matches in the middle of downtown New York? The amount of money I’ve had to pay out — the city’s had to pay out — because of the catastrophic damages inflicted by you flying windmills of destruction is staggering. Just…just staggering.

And yes, yes, I know, there was probably another super-maniac…What do you call them, “super-villains?” Is that right? Super-villains? Anyway, another super-menace was probably turning the infrastructure and average, innocent ‘Joe America’ into jelly so, sure, someone needed to stop him. But you? Yeah, yeah, you stop him, but you wrap him up in 14 miles of concrete and turn the place into a crater before you’re done. And Joe America? And Joe America’s family? Guess what? Guess what, Superman? And guess what, Justice League? They’re dead. All dead.

Sure, the United Nations “recognizes” you. And sure, the United States “recognizes” you, and yes, you liaison through ARGUS, so at LEAST there’s that teeny-tiny bit of accountability…But are you actually a legal, approved and vetted, functioning extension of government granted permission to operate on American soil? Let me answer that for you: you’re not. And because you’re not, what you’re doing…and I know a lot of people don’t want to hear this…but what you’re doing is illegal. And honestly, that’s a big deal, but I would be willing to overlook it if you weren’t effectively ruining the lives of hundreds of Americans while you operate in this unapproved, unsanctioned manner.

Yes, we know you can kick a building into the sun, but have you been trained to establish a perimeter? Have you been trained by individuals — who work through life or death crises every day — on the proper methods of securing a perimeter, confronting an enemy, and protecting the general populace? Let me answer that for you: no, you haven’t.

Unless you are an authorized, approved extension of this government’s peace-keeping policies, any activities perpetrated by your little gang will be viewed as criminal, and you will, finally, be held accountable by the laws of our land. And believe me when I tell you, we have the power…America absolutely has the power to hold you accountable.”

Uh-oh. We here at The Source are really hoping the Justice League and the United States government can come to some sort of agreement. I mean, Starro’s entering the Earth’s atmosphere, so….yeah, we could really, REALLY use the League right now.