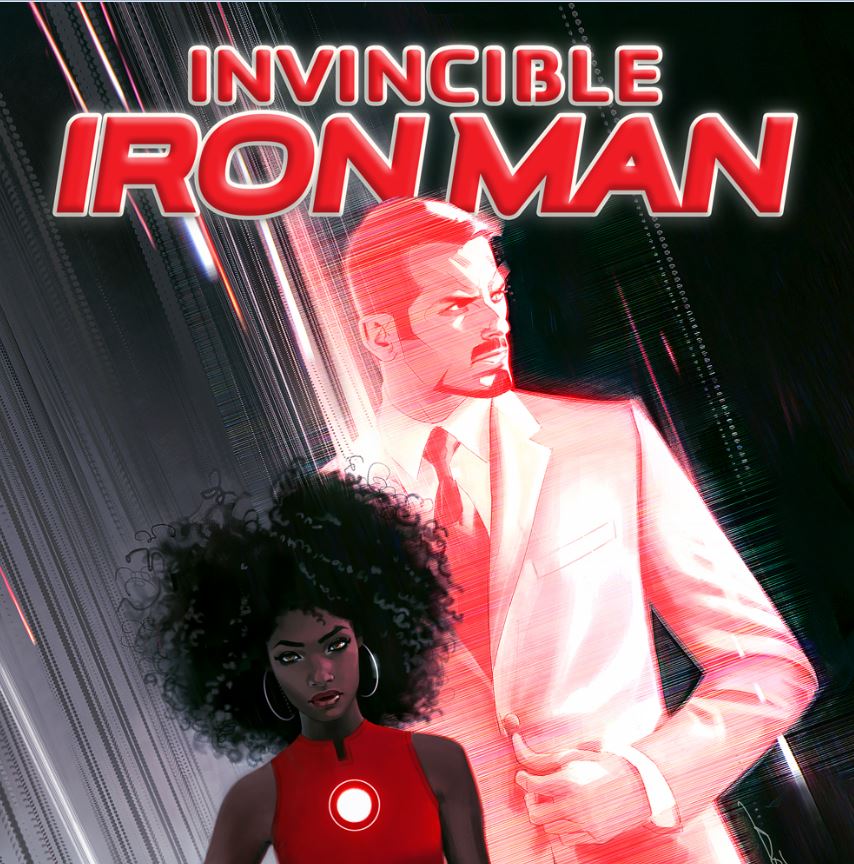 Yes, you already heard the news regarding a very new Iron Man. Now, you either threw a brick at another brick, or accepted the dynamic emergence of a potentially invigorating narrative. Regardless of your reaction, it’s here, it’s happening, and there’s nothing you can do about it (until Tony’s back in 3 months. Max.); MIT student Riri Williams is Iron Man, and it might actually be super-cool. Maybe. Honestly, I’m not sure what to think at this point, but our recently received preview of INVINCIBLE IRON MAN #1 shines a little light on a somewhat…contentious story decision. Anyway, on with the official Marvel preview text!

Making her debut earlier this year in the pages of Invincible Iron Man, Riri Williams will explode out of the pages of Civil War II and into the boots of the Armored Avenger. Reverse-engineering her own set of armor to make the world a better place, Riri will lead the charge as Iron Man! Well, for now. She’s working on the name! But what has become of Tony Stark? What could have happened during Civil War II to make him hang up the repulsors? That is, if he makes it out in one piece!

“We’re in the middle of a very big Tony Stark storyline – actually three storylines converging,” says Brian Michael Bendis, speaking with TIME. “His best friend died, his company is collapsing and he’s finding out who his biological parents were all at the same time. How that all shakes out such that Tony is no longer in the armor? You’ll have to wait to find out for the end of Civil War II. But it does create a path for Riri Williams, who Tony will know and will be interacting with very shortly in the comics.”

Strap in and suit up, True Believer. There’s a new hero in town and she’s ready to take the Marvel Universe by storm. Be there as Bendis and Caselli armor up to bring you a new armored hero for Marvel NOW! Don’t miss INVINCIBLE IRON MAN #1 – coming to comic shops and digital devices everywhere this fall!