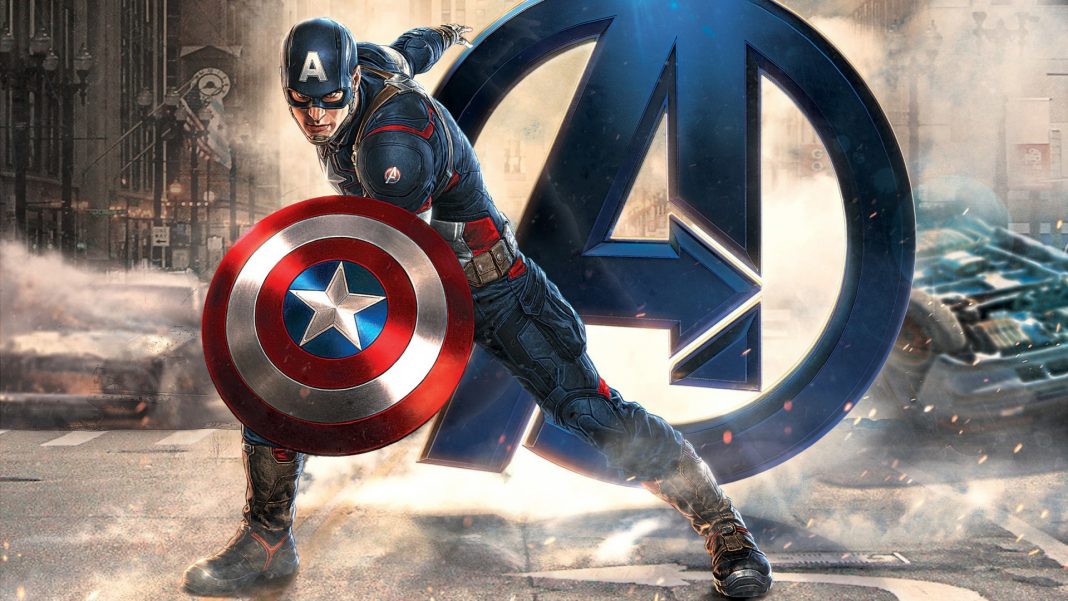 Check out Our History of Captain America: The First Sentinel Avenger of Freedom! Wait…what? Look, you know what I mean…

Marvel’s biggest success during The Golden Age, and one of the top-selling superheroes of all time, Captain America is, first and foremost, a manifestation of patriotism. His debut preceded his county’s entry into World War II, and he rode the wave of public spirit that followed Pearl Harbor; thus he identified himself forever with a period that may have been The Golden Age of the United States as much as it was The Golden Age of comic books. Sentimentally, a certain nostalgia for the period remains, even among those who are too young to have experienced its triumphs and tragedies firsthand.

Life After the War

When the war ended, Captain America seemed to lose his purpose. Within a few years he was retired, and a short-lived revival in the 1950s seemed to confirm fears that he had become irrelevant. His successful return in the 1960s however, ingeniously took advantage of the problem: Captain America was portrayed as a relic of a less complicated era awakened like Rip Van Winkle. His quest for identity and direction are now the themes of his adventures; he seeks the meaning of freedom in a time where patriotism may not be quite the same thing as unquestioning loyalty to political leaders.

Of course, Cap has always been wrapped in the American flag, yet he is best symbolized by the shield he carries. Creators Joe Simon and Jack Kirby originally designed it to be triangular, but soon after made it round instead. It represents both defense and a target, and when thrown like a discus, it also functions as a surprisingly effective weapon. A safeguard that draws fire and then fights back, the shield is the perfect emblem for Captain America.

The All American Hero

Captain America was the hero who put Timely into the top rank of comic publishers. The time was ripe for an idealized freedom fighter who possessed, in Jack Kirby’s words, “the character to win and to triumph over evil. It is a simple formula, but very effective and powerful.”

“Basically,” says Joe Simon, “we were looking for a villain first, and Hitler was the villain.” This idea was made quite clear by the Cover of Captain America #1, which showed the new hero, dressed in red, white and blue, punching Adolf Hitler in the face. The date was March 1941, nine months before Pearl Harbor. The timing was perfect, and the unusual move of starting a new character in his own comic book would prove to be very successful.

“Captain America was exceptional, a sellout, says Simon. “We were up to, after the first issue, close to the million mark, and that was monthly.” A circulation figure like that, far above what most popular comics achieve today, put Captain America in the same league as Superman and Batman as one of the true giants of The Golden Age. As a contrast, consider that the weekly circulation of Time magazine during the same period was 700,000 and that there were dozens of comic books on sale for every news magazine. We were entertaining the world,” Simon says.

So, What’s the Appeal?

Captain America’s appeal was novel; he was not born with great power, but rather had it bestowed upon him as a gift. The champion of freedom started out as Steve Rogers, a scrawny 4-F rejected by the army and then redeemed by a dose of a “strange seething liquid” that turned him into a strapping specimen of heroic young manhood. It cold happen to anyone, even the ordinary reader. And part of the attraction was that Steve Rogers never became excessively gifted; he wasn’t invulnerable – he was just tougher and braver and smarter than anyone else.

The secret formula and its inventor were destroyed by saboteurs, and therefore Captain America was the only one of his kind, assigned by the government to disguise himself as a private in the army. The fact that many readers would soon find themselves in that very same army helped insure “Cap’s” popularity; the new solders remained comic book fans, and they, too, hoped to be heroes in disguise. Meanwhile, the “kid buddy” showed up as Bucky Barnes, the teenage “mascot of the regiment” at Camp Leigh. Timely had already established the precedent of a younger, less powerful sidekick with The Human Torch’s companion Toro, so readers without quite enough nerve to imagine themselves as the hero could at least identify with the eager young assistant and imagine themselves tagging along.

Cap’s inspiring image also carried implicit intimation of President Franklin D. Roosevelt, crippled by polio and yet a charismatic leader during the Depression and World War II. But there was more to Captain America than the simple patriotic ideal; dozens of other superheroes would wrap themselves in the American flag without making an equivalent impression on the reading public. Cap was a very special hero destined to appeal to readers for a very long time.