Home COMICS Justice League vs. Suicide Squad #2 Review: It’s All Quite Obvious, but... 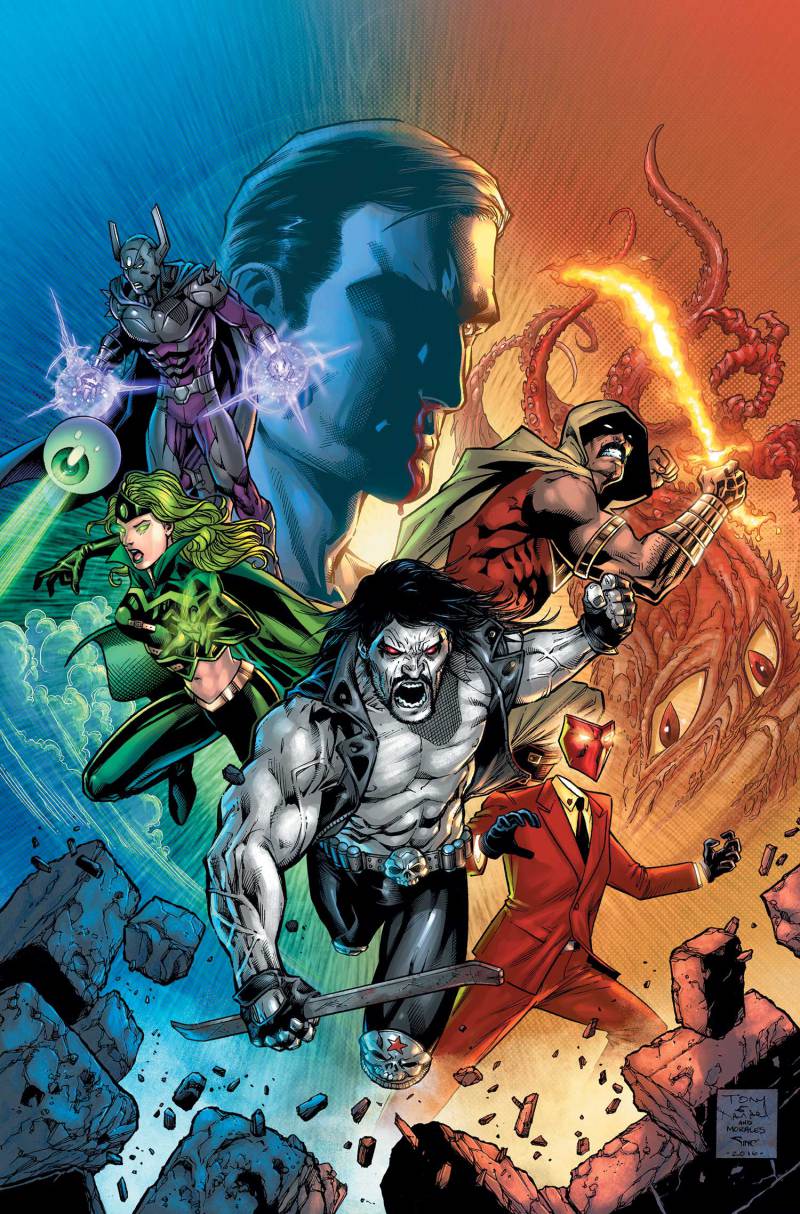 Gang, our Justice League vs. Suicide Squad #2 review is a little SPOILER-Y, so…check back with us after you’ve read the issue. Oh? Still here? Thank you!

(Oh, and check out our review of Justice League vs. Suicide Squad #1 if you missed it. Ready? All caught up? Good. Let’s move on to issue #2).

Justice League vs. Suicide Squad #2 is a pleasant throwback-type comic. Now believe me, no new ground is broken here — at all — but if you miss the days when heroes (or in this case, heroes and anti-heroes) would just pair off and fight, then this is the comic for you.

The book is fun, no doubt, but like the first issue of this series, there just isn’t a whole hell of a lot of story meat on the bones here. In this issue, the Justice League and the Suicide Squad collide head on with Maxwell Lord’s new team of villains waiting in the background to strike. What does Lord and his crew want? Who the heck knows; they just kind of look cool and lurk. And it is still feels really good to have the actual-for-real Lobo back again, because the New 52 Lobo? That Gothy-looking MFer is going to go down in history as the Jar Jar Binks of DC history. But the Main Man is back, and Lord is with him along with a whole team of classic DC villains and they all act and look like they’re supposed to. So, after five years of a skinny, pouting Lobo, let’s call that a win.

Anyway, back to the main event. Writer Joshua Williamson paces and executes a pretty typical superhero battle sequence. The writer knows his way around a battle scene and the action and banter are both a load of fun. He chooses some good pairings to entice a reader seeking some superhero popcorn. Some examples include Superman versus Enchantress, Batman versus Deadshot, Aquaman versus Killer Croc, and Wonder Woman versus Harley Quinn. Williamson gets in and gets out so no single battle gets tedious. The whole thing is like a well written comic book Royal Rumble. Williamson also brings Killer Frost to the next level, and in so doing, establishes dear old Caitlin Snow, that’s right Flash junkies, Killer Frost, as a major Rebirth player.

This issue, Tony Daniel takes the artistic reins from Jason Fabok. Daniel doesn’t have the dynamism of Fabok, but the issue still looks great and the action is energetic, and at times, explosive. The issue ends with a nice cliffhanger featuring Amanda Waller doing what Amanda Waller does and it’s all very clear that the League and the Squad will have to team up and take on Lord’s new team. It’s all obvious but fun in this mindless and harmless punch ‘em up.