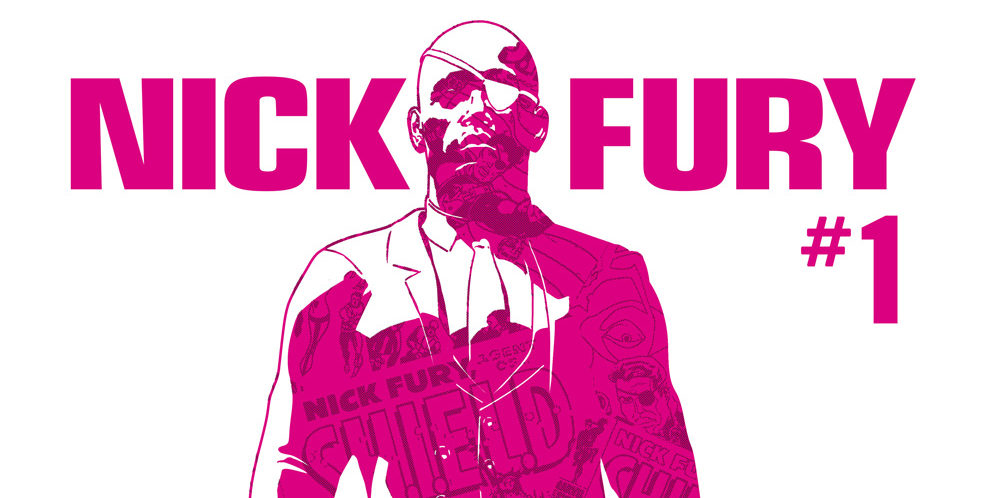 As heroes and villains alike ascend in number and might, the Marvel universe has become even more susceptible to the dangers of super-powers and mad men. To answer this call and match the impending doom, one man — with a certain set of skills — will rise to the occasion in his own solo series to face humanity’s greatest threats and horrors with unmatched finesse and form; this man is none other than the master of infiltration and annihilation, Nick Fury. Well… Nick Fury Jr.

Back in 2012, Nick Fury Jr. made his debut in the miniseries, Battle Scars, as Marcus Johnson. Within the series, he slowly discovered, amidst various fights with heroes and villains, that the original Nick Fury was his father. Later on, after saving his father from Orion, who wanted the Infinity Formula within Fury Sr.’s blood as well as secrets within his mind, Johnson (Fury Jr.) finally embraced his family name and became an Agent of S.H.I.E.L.D. as well.

Since then, Fury Jr. has made a number of appearances across the Marvel Universe as a member of the Secret Avengers, and as a voice of concern during the AXIS event. But now, Fury Jr. is ready to step up and lose the “Jr.” No longer will he make minor appearances, forcing him to fly under the radar in larger groups and organizations. Soon, Nick Fury will star in his own solo series, debuting this April and guided by James Robinson and artist ACO.

For Robinson, the series seemed like a no-brainer. In speaking to Newsarama, Robinson stated that the series simply “began with me asking editor Mark Paniccia why no one had done a comic with young Nick Fury.” From there, the pieces fell into place, and soon the fans of Nick Fury Jr. will be able to see much, much more of him.

Starting in the French Riviera, amongst bright lights and beautiful vistas, Nick Fury will be taking on the equally skilled and enigmatic Frankie Noble, an Agent of Hydra. However, this dance between bitter rivals will not be constrained to one time or place; each issue will feature a new mission, new weapons, higher stakes, and an abundance of action. It’s a deadlock spy versus spy where the winner will undoubtedly be the reader.

If you weren’t excited enough already, check out some of ACO’s art below, previewing the look of the Nick Fury series:

Are you excited for the series? Let us know in the comments below!