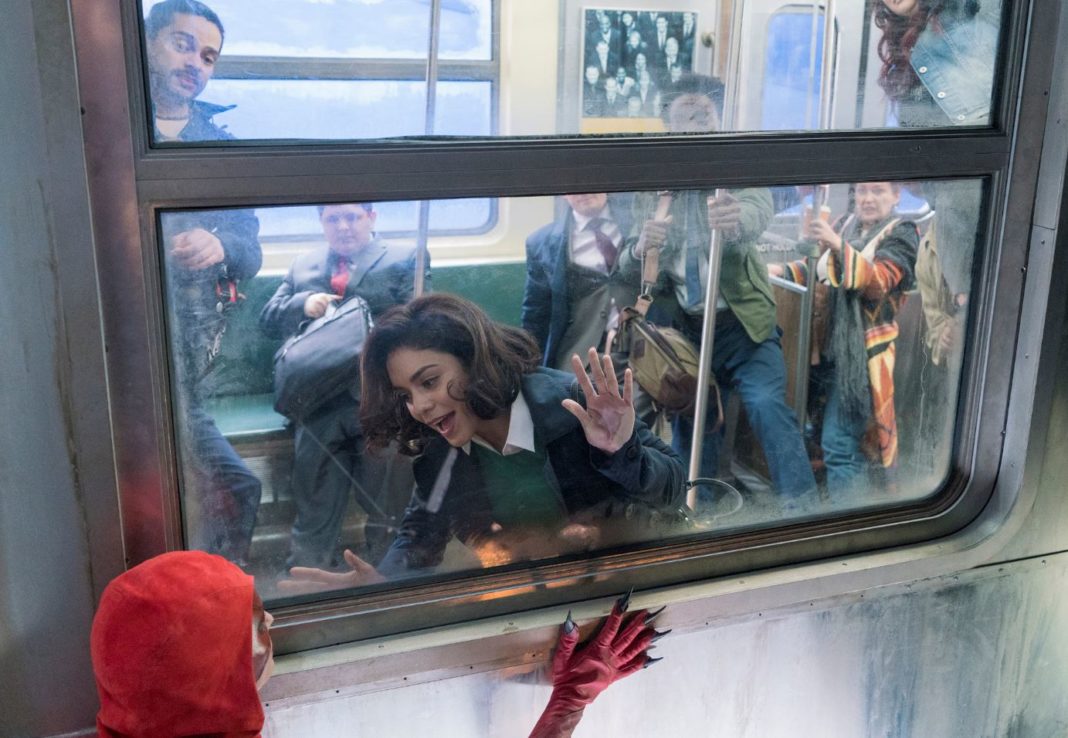 Because today is the era of superhero hype, NBC’s Powerless is breaking away from all the gloom and doom by focusing on the ordinary citizens living in an oftten dangerous world. What happens after the epic battle in the middle of the city, with the burning buildings and the destroyed infrastructure and the horrible death? That’s exactly what NBC is trying to find out, and here’s why you should be excited!

Set in the rich world of the DC universe, Powerless is a satirical look at the lives of office employees who are just trying to live life as normally as they can. But when you’re working as Director of Research & Development for a subsidiary of Wayne Enterprises, how can anything be normal?

Vanessa Hudgens’ Emily Locke wants nothing more than to keep innocent bystanders safer from death rays, and heat visions, and random objects falling from the sky. Honestly, it’s going to be refreshing to see just how the usually dark and gritty DC Comics world can lighten up in this workplace comedy—and in Batman-related turf, to boot.

With the release of the trailer and the TV spots, Powerless has already name-dropped a few heavy hitters from the League—namely, the supposedly hot Aquaman (will Momoa’s portrayal be referenced?), Wonder Woman, Green Lantern, and even Lex Luthor. It seems like anything goes with the superheroes in this show, and whether or not we’ll see a crossover with the other DC shows on TV right now is anyone’s guess, which is what makes Powerless such a fresh, new, and exciting idea.

In the comics, Crimson Fox is a superhero who releases pheromones to sexually attract men. In Powerless, she’s a superhero who saves a bunch of locals from a derailed train who are only concerned with getting to work on time. Fighting opposite Crimson Fox is the villain Jack O’Lantern from Justice League Europe, and we get a sneak peek at the showdown between the two in the trailer. Who says the show will be all laughs and no action?

All throughout the series, there will be Alex Ross Rolling Stone covers, Lex Luthor autobiographies, and so much more as fan service. One TV spot already referenced the whole “is it a bird, is it a plane” thing for Superman fans. In another, we find the team working on a claim for a Wonder Woman case, with them debating on whether or not it was an act of God (or in this case, a demigod). That and the fact that they’re all working at Wayne Security means The Big Three aren’t off the table—on the contrary, they’re smackdab at the center of it all, as they should be! After all, who else but the Trinity can create the biggest saves—and the biggest collateral damage—in the comic book world, right?

Just because the sitcom’s main cast won’t feature the Justice League characters, doesn’t mean the lineup won’t be spectacular. Aside from headliners Vanessa Hudgens, Danny Pudi and Alan Tudyk, you’ve also got Christina Kirk, John Lithgow, Nicholas D’Agosto, Jayma Mays, and so many more. What’s not to look forward to?

The official release date for the pilot episode is on February 2nd, and we just can’t wait! What else are you excited for in the new NBC show? Let us know in the comments below!