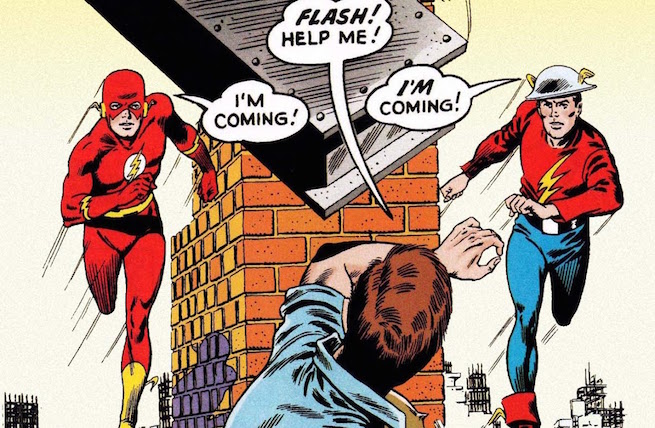 Variant covers, lenticular covers, mini-series, and line-wide crossovers. When it comes to comic books, they have everything these days. However, one aspect that’s gone the way of the Dodo Bird is what drew comic book lovers in each and every month: the single issue story.

There was a time when readers didn’t need to be collecting the whole series to know what was going on with Batman — there was no need for collecting three other series to get up to date on a story.

Single issue stories were the norm in comic book storytelling up until the mid to late ’80s. Sure, you had a multi-part story in The Amazing Spider-Man here and there, but it wasn’t the standard. You didn’t need to collect the previous five issues to know what was going on with Spidey — each and every month was a new adventure!

Got a Bad Story? Well, You’re Stuck with It!

Today, you need to collect a comic for six months to get just one story. That is a shame. Sure, comics are now published with trade paperbacks in mind, but that is bad for business. Instead of one bad story lasting one issue, it is lasts for six. Bad stories hurt comic sales — plain and simple. Wonder why comic sales stink? Because bad stories are being stretched out. If I pick up an issue of The Amazing Spider-Man and the first issue of the story stinks, why would I be enticed to buy the next five?

The First Part Is Always Just the Set-up.

Secondly, the first part of a multi-part story sets up the arc. That’s it. Frankly, I don’t think we consumers get our money’s worth. That’s like a TV show airing just the first ten minutes of an episode, then airing the next ten a month later. And I’m not accounting for the ten pages of ads.

Like Barry White Said, “Too Much of One Thing Is No Good for You, Baby!”

Finally, multi-part storytelling stretches out stories unnecessarily. There were some issues of Superior Iron Man that just dragged the story on for too long. I then knew the pain of Billy Madison listening to the stuttering kid and felt like yelling at my copy of the comic to get the story going.

There should be a sign outside of the offices of comic companies that says, “If your story arc lasts more than four issues, contact your editor immediately.”

Some of the best comic book stories ever are single issue stories. For example, Action Comics #775.

In “What’s So Funny About Truth, Justice and the American Way,” Superman takes on a group of anti-heroes called the Elite. They antagonize Superman, saying his ways are old fashioned and he doesn’t give criminals what they truly deserve. However, the Man of Steel shows these young punks a thing or two and puts them in their place.

Another great example is The Avengers issue #4. This is the classic issue reintroducing Captain America to a Silver Age audience.

In the span of a single issue, The Avengers discover Cap’s body in the Gulf Stream; we get the whole backstory why Cap was found frozen in the first place; The Avengers get turned to stone by a D’Bari alien; and Cap saves the day. Now, if that story was told today, it’d be a 12-issue story.

Another great example is a two-page spread from Detective Comics #33 explaining Batman’s origin. Look at how much ground Bill Finger and Bob Kane cover.

One more strong case for single issue stories is Justice League of America #0 from 2006.

Granted, it is a celebration issue, but it’s an amazing piece of storytelling. We see the entire history of the Justice League from their humble beginnings against Starro all the way to the possible future. Brad Meltzer captures the spirit of the comic with amazing artwork from countless legends like George Perez, Andy Kubert, Kevin Maguire and countless others. It is a must-buy for all DC fans.

Single issue stories are truly a lost art. It seems like writers want to tell elaborate and convoluted stories rather than straightforward stories. There is no reason why any comic book story needs to last 12 issues. Yes, you do have the rare exceptions like the Batman story “Hush” or “The Five Nightmares” from Invincible Iron Man where it requires multiple issues to tell the story. However, the comic industry shouldn’t force multi-part stories to happen for the sake of the trade paperback.

I guarantee you if Marvel and DC went back to single issue storytelling, it would win them more fans. You shouldn’t force fans to buy six issues of a single series to get just one story. Single issue stories are pretty essential to the business. Let’s bring them back.