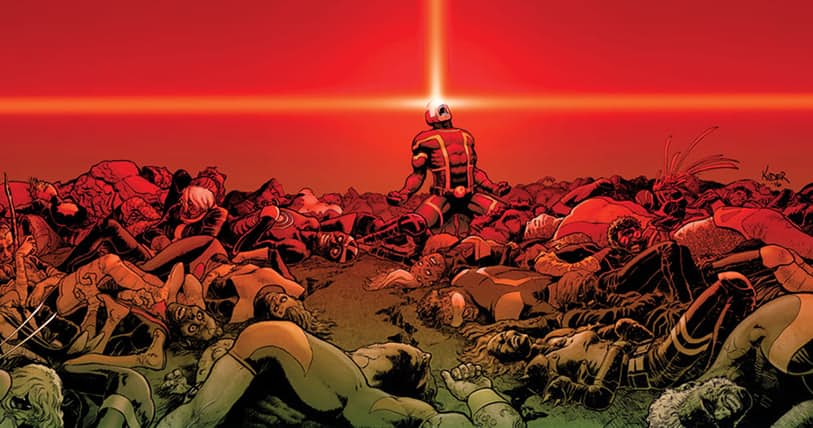 War! What is it good for? Great comics and healthy comic sales, evidently. Marvel just had a hit with Civil War II, and the Marvel Universe is still feeling the fallout. Tony Stark is MIA, new heroes have risen while others have fallen, the Guardians of the Galaxy are trapped on Earth, and the public now views Carol Danvers as the world’s greatest hero. But as we all know, heroes fight heroes all the time. It’s a Marvel tradition stretching way back to the Golden Age when the Human Torch fought the Sub-Mariner for the very first time (yeah, we know Namor was a villain back in the day, but just go with it). Is there a Civil War III on the horizon? And and if so, what could cause this third hero vs. hero conflict? We have some ideas. 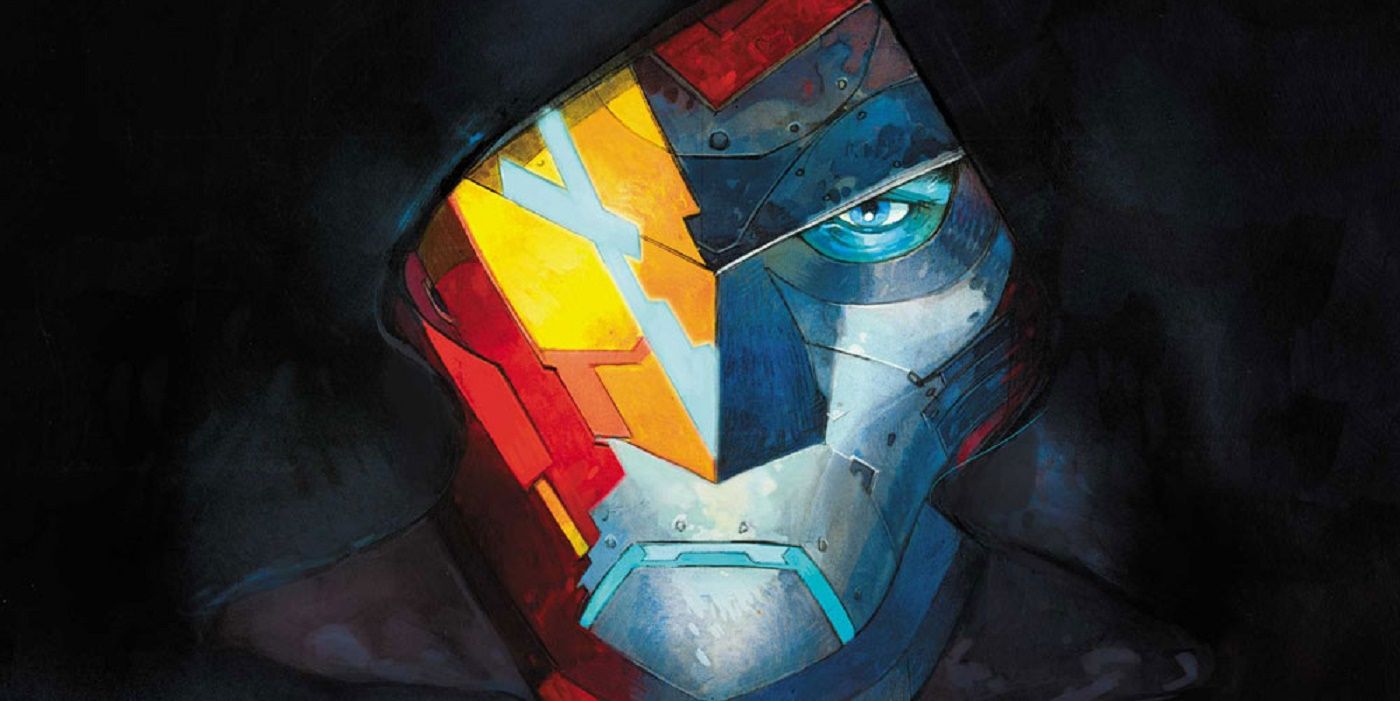 Since the fall of Tony Stark, two heroes have taken up the mantle of Iron Man. The young and brilliant Riri Williams has become Iron Heart and is being Yoda-ed by an AI Stark, while none other than Victor Von Doom has built his own suit of amazing, Stark-like armor to become the infamous Iron Man.

Doom seems sincere about his heroic turn, but is he? Doom is certainly charismatic and convincing, and has even made believers out of a few heroes. If Doom breaks bad once again, could this lead to a conflict with Riri Williams, a conflict that draws in the other heroes of the Marvel Universe? The game board is set; all this Iron Man drama needs to break out into a new Civil War is Doctor Doom going bad, and Marvel fans know that can happen at any second. 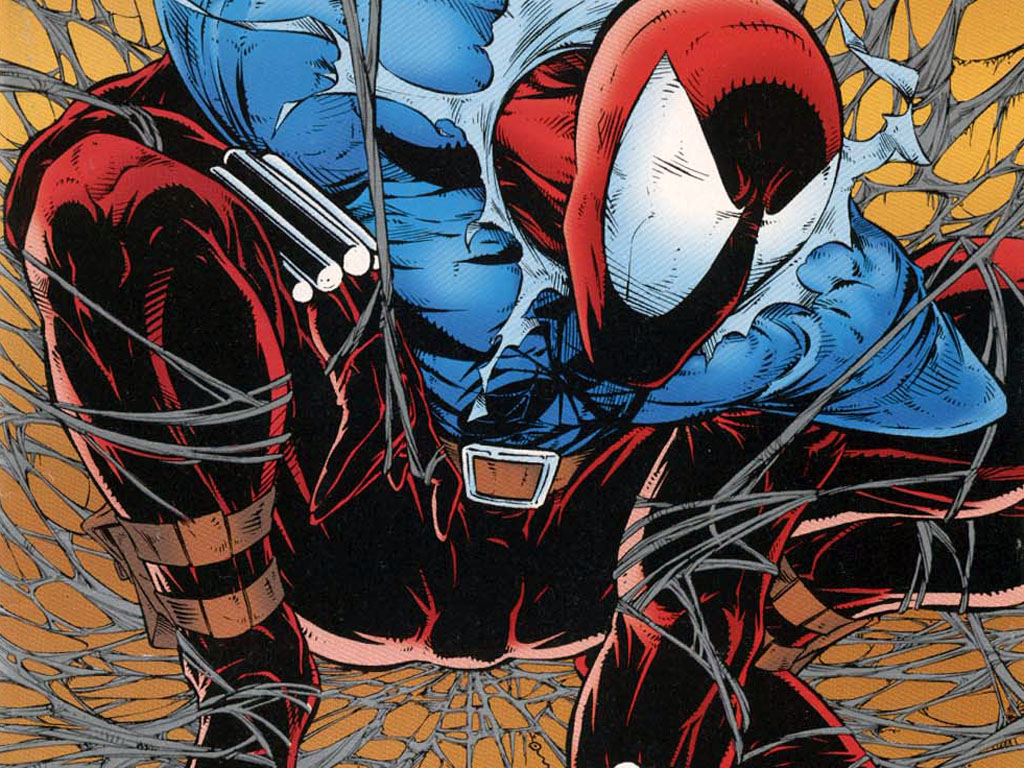 In Marvel’s “Clone Conspiracy,” it has been revealed that Ben Reilly is alive and has taken up the mantle of the clone-happy Jackal. In addition, the former Scarlet Spider has found a cure for death. This new Jackal has been tempting Peter Parker with the resurrection of Uncle Ben as Spider-Man faces one of the greatest challenges of his heroic career. But what if Reilly’s science becomes a temptation to the rest of the Marvel Universe? 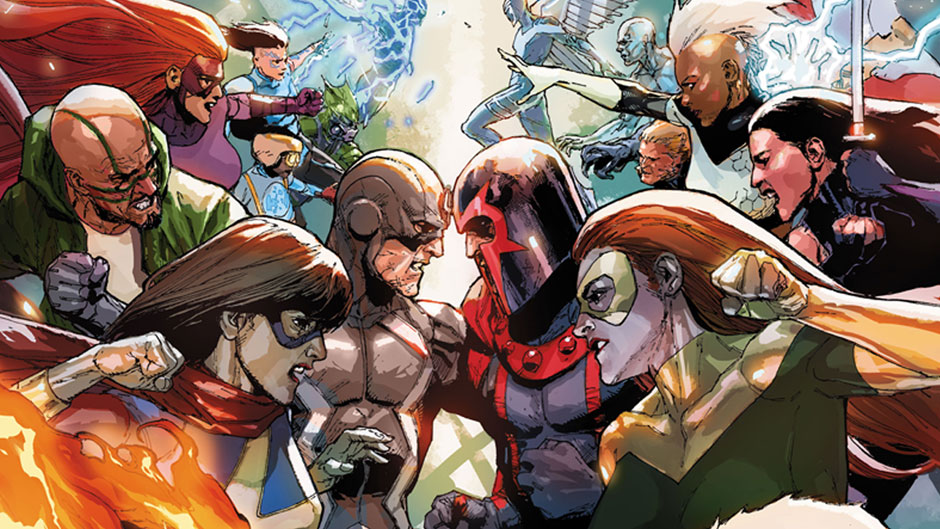 Spoilers for Inhumans versus X-Men #2. Ready? Okay, the X-Men kicked the Inhumans’ collective asses. I mean, the mutants fed those Terrigen-powered so and sos their lunches and it was ugly. I’m sure the Inhumans will fire back in a future issue of the series, but man, it got ugly and ended with most of the Inhumans exiled to Limbo.

Inhumans versus X-Men #2 serves as a potent reminder of just how dangerous the modern day X-Men can be. I mean, many of the mutants that serve as the X-Men’s conscience just aren’t there. Professor Xavier is deceased; Scott Summers has been eradicated; young Scott Summers has joined the Champions; the Beast is running with the Inhumans; and Wolverine is dead and buried. This new X-Men team consists of such deadly mutants as Magneto and Sabretooth, and that’s pretty darn scary.

What if the heroes of the Marvel Universe have an issue with what the X-Men did to the Inhumans? Some MU heroes could potentially side with the mutants while others could potentially have an issue with a team of deadly mutants led by Magneto, and boom- Civil War III. Sure, mutants like Storm and Nightcrawler still serve as the heroic heart of the X-Men, but there’s a lot of shades of grey here and that could lead to another explosive war between the heroes if this mutant aggression continues. 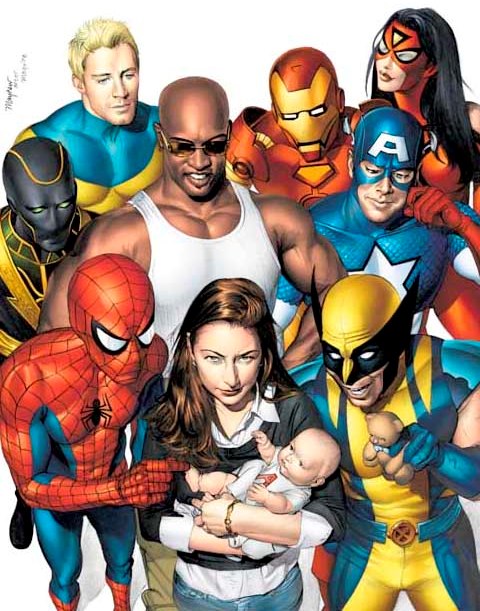 In the pages of Jessica Jones, there has been a major rift between Luke Cage and Jessica Jones, one that has torn Marvel’s favorite couple apart. Jones has taken and hidden their daughter and Cage is fighting mad. It has recently been revealed that Jones is on some sort of undercover mission for Carol Danvers and, uh-oh, didn’t Danvers’ actions cause the last Civil War?

I can totally see the heroes of the Marvel Universe taking sides in this marriage gone sour. And the marital difficulties of this heroic, street-level couple could lead to an all-out battle between Jessica’s side and Luke’s side, inpsired by the former machinations of one Carol Danvers. It could be pretty cool to see a more street-level Civil War as we head into the era of Defenders on Netflix.

“Hail Hydra!” Steve Rogers has gone bad. Marvel’s greatest hero is being manipulated by chronal tampering and is now attempting to take over Hydra. Meanwhile, Sam Wilson has been fighting the good fight as the new Captain America, but not everyone has sided with Wilson and his social justice warrior philosophy of super-heroics.

Things could go bad very quickly once Rogers makes his move as Wilson could find himself up against the most beloved hero in the Marvel Universe. You just know the other heroes of the MU would pick sides, and we could have a third Civil War that could make the 2016 Presidential Election look like a Three Stooges pie fight.  Imagine, each Marvel hero picking a Captain America to follow into battle in the most politically-charged conflict in Marvel history.

So, what other cataclysmic events might lead Marvel’s heroes to butting super-heads and razing hundreds of miles of farmable land? SOUND OFF!