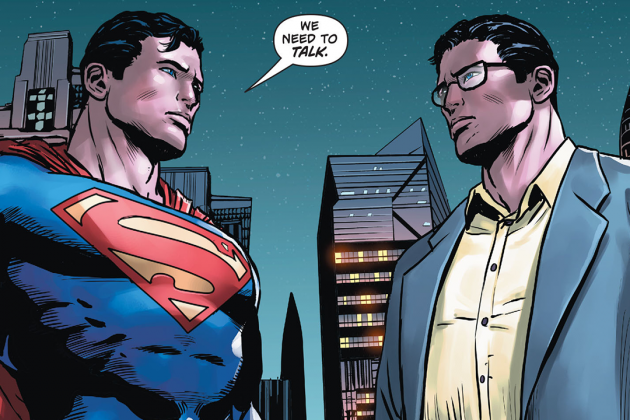 Be careful, good citizens, while checking out our reviews [WITH MAJOR SPOILERS] of Superman #18 and Action Comics #975: SUPERMAN REBORN PARTS ONE AND TWO!

The mysterious Mr. Oz has discovered that his prison is not as air tight as he thought. Someone powerful has escaped his grasp, someone with a demented obsession with Superman! Meanwhile, Superman’s family is attacked by a mysterious force hell-bent on taking everything away from the Man of Steel. Who’s responsible? Perhaps Clark Kent.

Wow…I mean, just….wow. Of all the ways I thought Superman Reborn would kick off, I didn’t see this coming! I’m actually stunned by the new details gleaned from these two issues. Simply put, Superman Reborn may be the key to solving the mystery of DC Rebirth!

Starting off with Superman #18, we learn that someone has escaped the prison, something not even Doomsday has been able to do. Later, we see the attack on Superman’s home, where it seems the other Clark Kent has made Jon disappear! 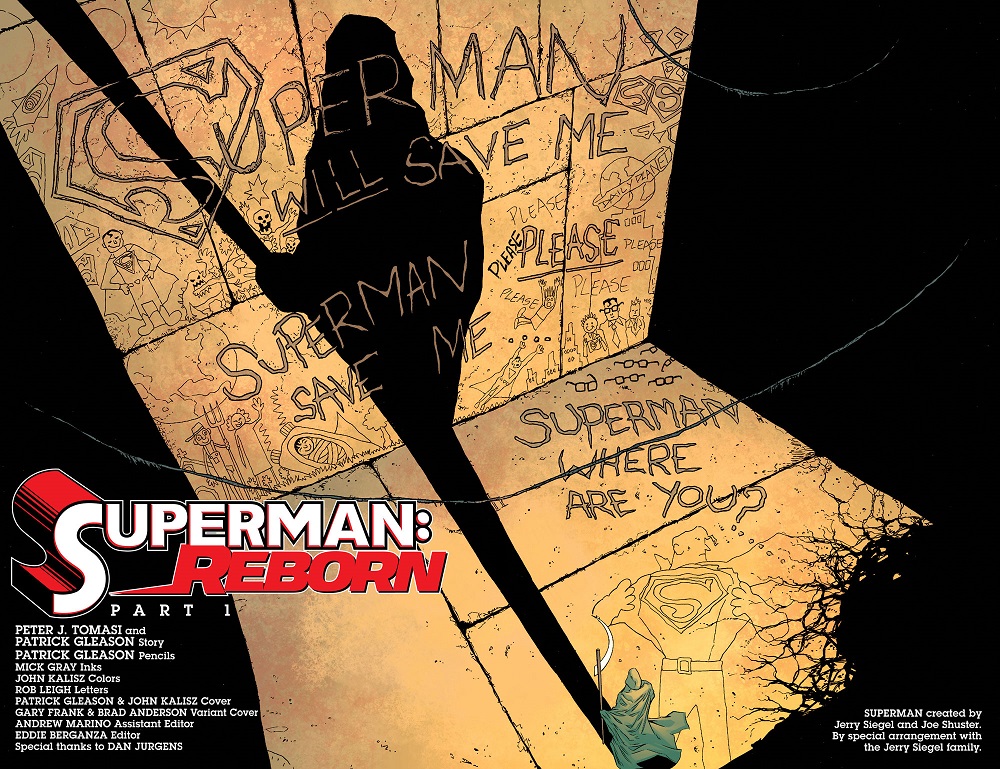 Peter J. Tomasi and Patrick Gleason do a fantastic job on this issue, much like the rest of their run on Superman. The way they write Jon’s disappearance makes things heartbreaking for the Kents as well as the readers. We know Jon won’t stay gone for long because Super Sons just started, but it’s quite the way to start a story! I also have to hand it to Gleason’s art which gives this issue some added emotional punch. Superman experiences a wellspring of emotions while dealing with Jon’s disappearance, and Gleason conveys it masterfully.

Over in Action Comics #975 we see Superman and Lois searching desperately for their son. Not only that, the identity of the other Clark Kent is finally revealed: turns out that the doppelganger Clark was none other than the fourth dimensional imp, Mr. Mxyzptlk! What a twist! 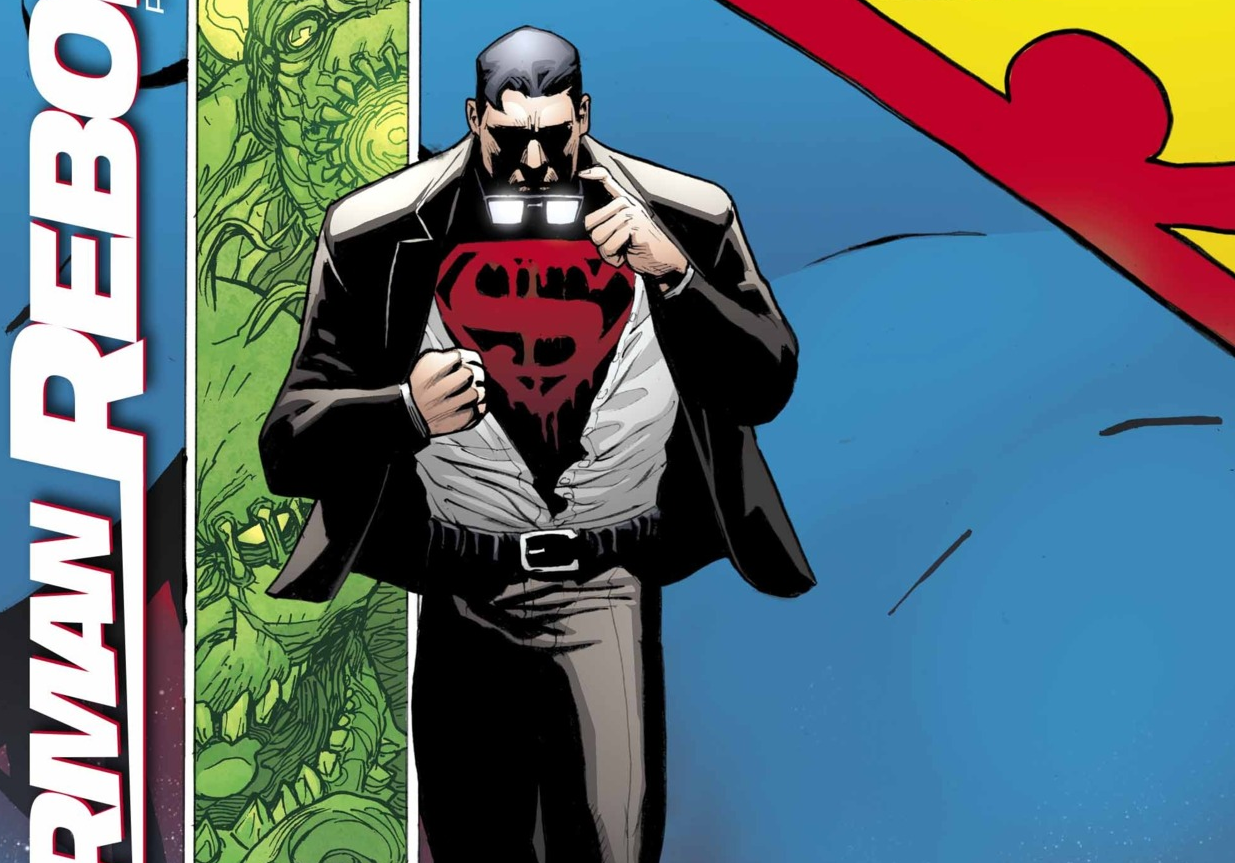 Dan Jurgens has been building to this revelation since Action Comics #957 and the reveal didn’t disappoint! Out of all the villains that could’ve been the other Clark Kent, I would’ve never guessed Mxyzptlk. To me, anyway, he was always too goofy to be a real threat, but Jurgens manages to make him just that! Between his imprisonment at the hands of Mr. Oz and his time as Clark Kent, Mxyzptlk has changed. This is a more deranged version of the imp who’s moved away from his normal bag of tricks. In a way, I get the sense that he’s become the Joker to Superman’s Batman!

Jurgens also gives us another little peek into Mr. Oz’s situation. Oz took Mxyzptlk to his prison to keep Superman on the “path” he created, a path he himself set. So, what could this possibly mean? Does this also pertain to his kidnapping of Doomsday and Tim Drake in any way? Possibly. We may glean more meaning from his “path” proclamation as Superman Reborn continues!

I also have to give credit to the artwork for this special issue. Jaime Mendoza and Doug Manhke do a fantastic job! They accompany Jurgens’ creepy tone with brilliant use of darkness and shadows.

This issue also features a backup story written by Paul Dini with art by Ian Churchill. It explains just how Mxyzptlk escaped his prison and why he decided to disguise himself. I have to say, the way he escapes is actually pretty clever! There’s also a nice little wink to Superman: The Animated Series in there, too!

All and all, Superman Reborn hits the ground running with a stunning first act. The writers cooperate effectively as both issues provide more details to the Rebirth mystery. However, if you haven’t been reading Action Comics before this, then I recommend you read those first. This story is building off what Jurgens started in Action Comics #957, so unless you’ve been reading those you might be lost! If you’re all caught up, then I say dive right in and experience it for yourself!