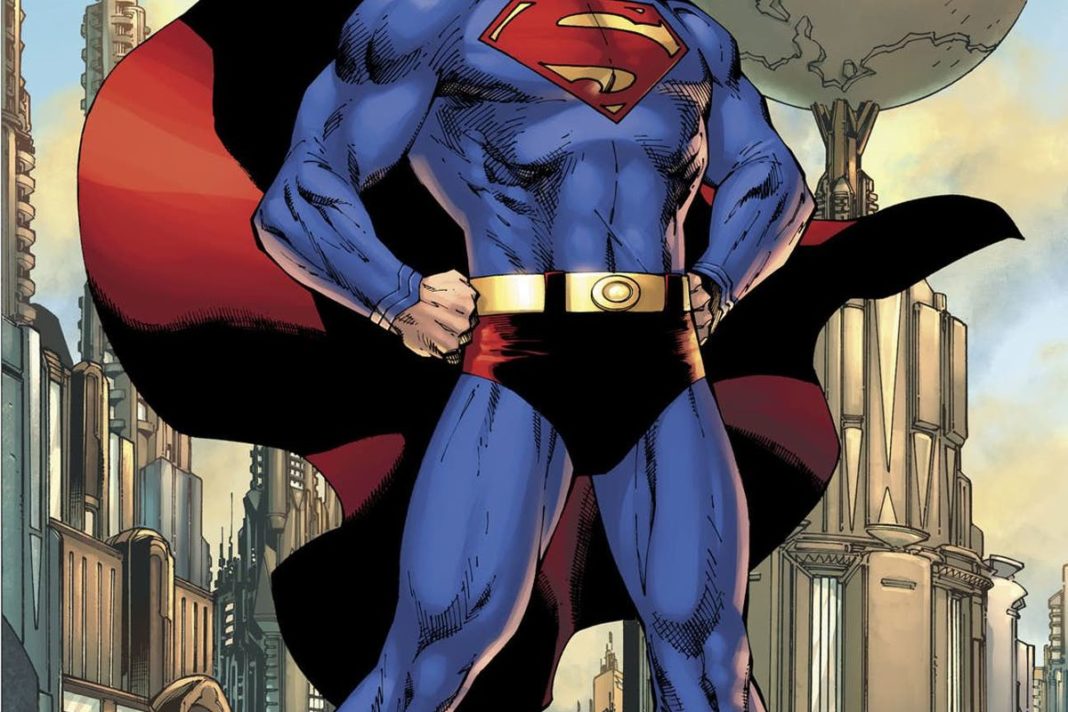 Last week, DC Comics announced that in the milestone one-thousandth issue of Action Comics, Superman will don the iconic red trunks once again.

In a press release, DC Comics Co-Publisher and superstar artist Jim Lee said, “Action Comics #1000 represents a watershed moment in the history of not just comic books, but entertainment, literature, and pop culture. There’s no better way to celebrate Superman’s enduring popularity than to give him a look that combines some new accents with the most iconic feature of his classic design.”

I for one am glad to see Superman rocking the red trunks once more. I understand why the powers that be got rid of them back in 2011 during the New 52 — the costume needed a modern look. How did they make it modern? By getting rid of unnecessary accessories like the yellow belt and the red trunks. If DC wanted a clean break from the past, they needed to do away with the more “dated” aspects of Superman’s costume.

I thought the costume in the New 52 era was OK, but it always looked like something was missing. Plus, the stuff they added to the costume was pointless. Why are part of his hands covered by the cuffs? Why does the costume look segmented? And what exactly is that red belt holding up? It’s essentially a unitard!

DC took baby steps back to the classic costume for the Last Son of Krypton. In the DC Rebirth launch in 2016, Superman had a new costume that looked similar to his classic costume but with a few hints of the New 52 threads.

THIS is close to the Superman fans all over the world grew up reading about. No more unnecessary lines all over the costume. No unneeded collars. A back to basics look. However, still seemed like it wasn’t quite the same. I know they were looking to match the costume worn by Henry Cavill in Man of Steel and the rest of the DCEU movies, but it still seemed like it was a little off.

Honestly, when you think of Superman, the image nine out of ten readers think of is the classic look with the red trunks. They were around for over 70 years and you can’t help but think of them. Seeing Superman without his red trunks is like getting nachos without sour cream. Sure, the melted cheddar, chili, guac and salsa taste good, but something ain’t quite right.

I am glad Superman is going with his familiar look once more since there’s is a bit of a negative connotation with the trunkless costume. It is good to see DC Comics come to their senses and give the fans exactly what they want.