Home COMICS Biographies The History of Batman, the Dark Knight of Gotham 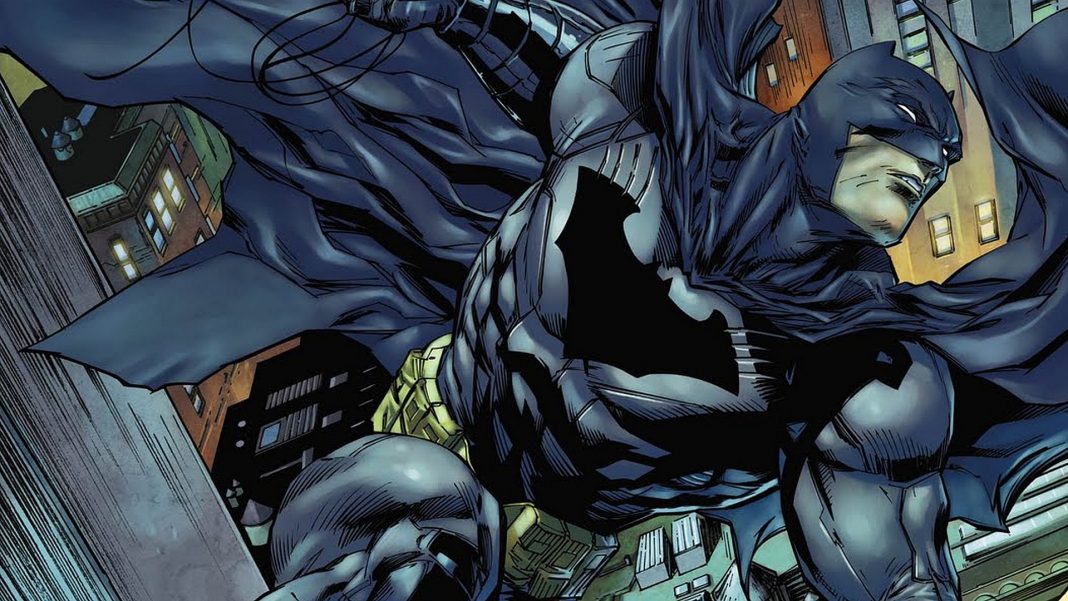 Check out our history of Batman detailing the determined vigilante’s origins, his comrades in arms, and a few of his more notable exploits.

A family outing to the cinema ended in tragedy for young Bruce Wayne. Walking homeward, Bruce, his father Thomas, and mother Martha accidentally ventured into Gotham City’s notorious “Crime Alley” and were accosted by a mugger. Not content merely to rob the wealthy family, the hoodlum – whose identity was “never determined” – shot Dr. Thomas and Martha Wayne dead before fleeing into the darkness. As he knelt beside his parent’s bodies, Bruce swore to avenge them. After the police arrived, Bruce was comforted by Dr. Leslie Thompkins. Dr. Thompkins and Alfred Pennyworth helped arrange matters so that Gotham’s Social Services would not take Bruce into care. In this way, both Dr. Thompkins and Alfred enabled Bruce to realize his dream of becoming a crusader against crime.

At age 14, Bruce embarked on a journey that took him to every continent as he sought to learn all the skills he would need to keep his vow: to find and punish his parents’ killer, and to prevent his personal tragedy from befalling another innocent child. He studied criminology, forensics, and criminal psychology, and learned from Manhunters and martial artists, mastering nearly every fighting style. In time, Bruce forged himself into a living weapon to wage war on crime and injustice. On his return to Gotham, Bruce stalked street thugs as a plainclothes vigilante. Beaten by the very people he intended to protect, he barely survived his first night out. As he sat bleeding in his study at Wayne Manor Bruce knew that he had to first strike fear in the hearts of his foes. Just then, a bat crashed through the study window, giving Bruce the inspiration he needed.

Check out our full line of Batman Merchandise in order to properly adorn yourself after your untrained house-bat crashes through the library window. Again.

Establishing a secret headquarters in the caves beneath his mansion, Bruce became Batman, a Dark Knight to protect Gotham and its citizens from vice and villainy. Alfred Pennyworth remained his confidant, tending to injuries and offering sage advice – whether requested or not!

Batman became an urban legend, a cautionary tale that sent shivers through the city’s underworld. This Caped Crusader found a friend in Captain James Gordon, a Gotham cop who didn’t approve of Batman’s methods, but appreciated the results of his nightly crime fighting. Batman’s Rogues Gallery grew to include a host of bizarre criminals, such as the Joker, Catwoman, Two-Face and the Penguin. As his enemies increased, help arrived in the form of another young boy left parentless by brutal crime.

As a member of the Flying Graysons acrobatic family, young Dick Grayson thrilled audiences nightly on the high-wire beside his circus aerialist parents. But when gangster “Boss” Zucco sabotaged the high-wire because the owner of Haly’s Circus refused to offer up protection money, the elder Graysons paid with their lives. Billionaire Bruce Wayne was in the audience that night; however, it was Batman who visited the grieving Dick Grayson, offering the boy a chance at retribution by becoming Robin, the Dark Knight’s squire in his personal war on crime.

The first Robin [yes, there was more than one Robin, there have been 5 in fact, all in continuity] was carefully schooled by Batman, learning all the skills he would need to bring “Boss” Zucco to justice. Before long, Dick was ready for action. Swearing a solemn oath, he joined the Dark Knight’s crusade as his most trusted partner, Robin the Boy Wonder.

After several years in service to the Dark Knight, Grayson – then leader of the Teen Titans – relinquished the mantle of Robin when Batman forced him to choose between his duties with the Titans and his promise to aid the Dark Knight. Adopting the identity of Nightwing, Dick continued to battle crime while remaining Batman’s close ally.

Check out our full line of Nightwing Merchandise before he goes back to being an agent of Spyral!

Batman met juvenile delinquent and presumed orphan, Jason Todd, when the boy literally tried to steal the tires right off the Batmobile. With original partner Dick Grayson having given up the role of Robin, Batman decided to take Jason in and offer him both a home and a purpose. Jason began the same training regimen Grayson once undertook to become the Dark Knight’s partner. However, Jason was a troubled soul who lacked maturity and was quick to anger.

A Death in the Family

When Jason discovered clues that his long-lost mother was alive, he secretly traveled to Africa to find her. Tragically, the trail also led him straight into the clutches of the Joker, who savagely beat the second Boy Wonder within an inch of his life. The Clown Prince of Crime left Jason and his mother to die in a booby-trapped warehouse wired from floor to ceiling with high-explosive charges. Jason courageously tried to shield his mother from the brunt of the devastating blast. She survived the explosion just long enough to tell a grief-stricken Batman that his reckless young partner had died a hero.

Tim Drake was barely more than a toddler when he sat in the stands at Haly’s Circus and watched the Flying Graysons fall to their doom. Tim was transfixed as the Dark Knight swooped down to comfort young Dick Grayson. The moment was burned into his memory. Years later, Tim saw news reports of an unhinged Batman becoming more and more violent following the death of the second Robin, Jason Todd. Using his detective skills, Tim deduced the secret identity of Batman and the first Boy Wonder, Dick Grayson.

After revealing this knowledge to the original Dynamic Duo, Tim argued the need for a Robin to give the Dark Knight hope, especially when faced with a seemingly hopeless and unyielding war on crime. Though reluctant at first, Batman gave Tim the opportunity to prove that he was as good as his word. After months of grueling training, Tim Drake became the third Robin.

It is a job at which Tim excels, despite the constant struggle of balancing his crime-fighting life with the day-to-day battles of just being a teenager. A former member of Young Justice, Tim presently belongs to the latest incarnation of the Teen Titans.

Stephanie Brown [Robin #4? For about 30 minutes]

Tim Drake met teen vigilante Stephanie Brown, the Spoiler, when she first attempted to thwart her father the Cluemaster’s criminal schemes. Mutual attraction grew, and Tim began supplying Stephanie with official Bat-Equipment. Their love ended tragically when Stephanie was killed in action. Of course, it turned out Stephanie actually faked her death in order to live a life free of crime-fighting. Well, that didn’t last very long.

Damian’s origin harkens back to the formerly non-canon Batman story, Batman: Son of the Demon. Written by Mike W. Barr and published in 1987, Son of the Demon focused on a cooperative, tenuous endeavor involving Ra’s al Ghul and Batman; an assassin who killed a prominent Gotham scientist was also responsible for murdering al Ghul’s wife. During this contentious but beneficial team-up, Batman reentered the cycle of stormy romantic relations with al Ghul’s daughter, the beautiful, deadly Talia al Ghul.

Surprisingly, Batman was agreeable to a genuine relationship, so the two became wed, and Talia pregnant. After witnessing a change in Batman’s behavior – a dangerous lack of focus due to his new, familial concerns – Talia decided she and their child presented a danger to the Dark Knight. Resolving to reignite his legendary determination, Talia claimed a miscarriage, successfully devastating the Dark Knight, resulting in the marriage’s dissolution and resetting Batman’s grim, gritty, and more effective demeanor. Having carried the child to term, Talia gave birth to a son and handed him off to an orphanage where he we was later adopted by a western couple.

Since Batman: Son of the Demon was officially non-canon, no one thought to use the conceit of Batman’s child until Grant Morrison’s 4-issue story arc, Batman and Son, published in 2006. In this story, Talia presented their child conceived during the events of Son of the Demon. However, in this iteration, Damian wasn’t “born,” but “grown” and genetically modified in an artificial womb with the help of Batman’s appropriated DNA. WHOOPSIES! She showed up, introduced Damian to his “father,” and chaos ensued. You see, Damian was trained by master assassins for his ENTIRE LIFE, so he’s a 10-year-old, merciless killing machine with one HELL of an attitude. Yes. Chaos.

Check out our full line of Robin Merchandise to equip yourself for Batman’s elbow inverting training regimen.

Some of the More Prominent Batman Storylines