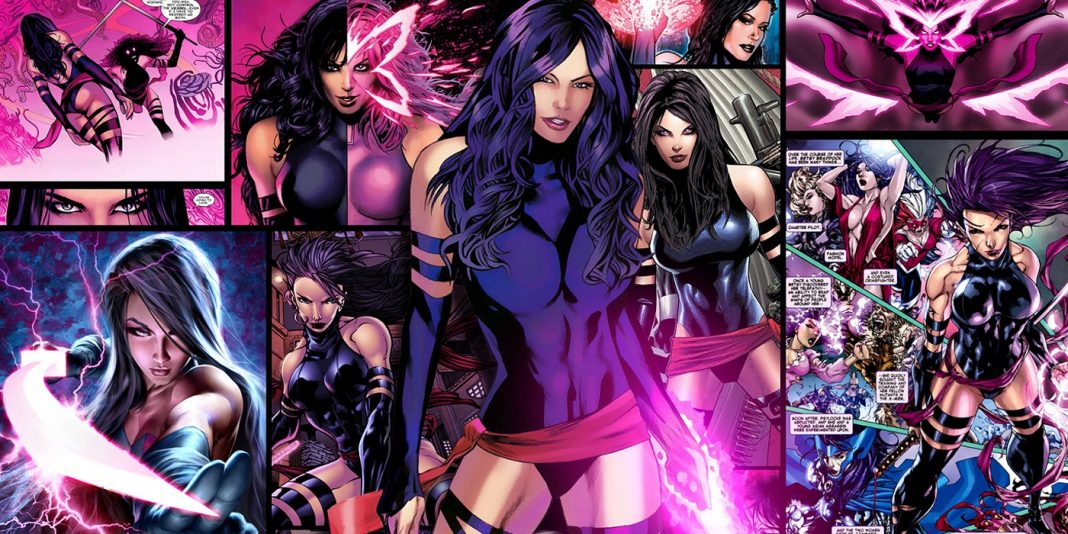 It’s been almost a month since the thrilling release of the ninth installment in the Fox-owned X-Men franchise, X-Men: Apocalypse. By now you have probably seen the film and had your own mixed review of the plot, the effects, the characters, and of course, the highly anticipated Quicksilver scene. However, there is probably one thing left on your mind. It’s subtle, but nonetheless looms in the distance, gnawing at you, begging for your consideration. Could it have to do with a need to read more about the history of Psylocke, played by the beautiful Olivia Munn?

As one of the most badass X-Men, the character seemed largely underused by the film no matter how awesome her telekinetic swordplay and fight scenes were. Unfortunately, Psylocke never developed or went through any real character arc, leaving her a weapon to be used by Apocalypse that ended up standing around glaring at people. Despite these missteps, the newly rebooted Psylocke (acknowledging her brief appearance in X-Men: The Last Stand) is a step in the right direction, yet it still falls short of the comic book version of the character. Therefore, we have compiled a short history of Psylocke, and a couple of comic book reading recommendations.

Psylocke was first introduced by the celebrated writer, Chris Claremont, in 1976’s Captain Britain #8. Elizabeth “Betsy” Braddock (aka Psylocke) started out simply as a supporting character, the sister of Brain Braddock (aka Captain Britain), pursuing a modeling career. Aside from that, Claremont also established her psychic abilities, yet he didn’t really detail them.

A few years later, in Marvel UK’s Daredevils #3, Alan Moore revisited the character, giving Psylocke her now iconic purple hair and assigning her to S.T.R.I.K.E., the United Kingdom’s version of S.H.E.I.L.D. Soon enough, she gave up her work at S.T.R.I.K.E. to fill in for her brother as the new Captain Britain. However, Betsy quickly learned in Captain Britain #13 that it was hard to be hero when the villain Slaymaster blinded her.

From there, Chris Claremont brought her into the Uncanny X-Men series where she would go on to find her fame. In 1986’s New Mutants Annual #2, Betsy Braddock finally appeared in Marvel’s U.S. comics as Psylocke. After being kidnapped and brainwashed by Mojo, Betsy changed dramatically, especially when given bionic eyes to overcome her recent blindness. Thankfully, the New Mutants, with the help of Captain Britain, saved Betsy from Mojo’s captivity. From there, she was welcomed into Xavier’s School where she was given the codename, “Psylocke.”

However, Betsy’s life was just beginning to get interesting. In Uncanny X-Men #251, after fleeing from a team of cybernetic cyborgs known as the Reavers, an amnesiac Psylocke was taken in by the ninja organization, the Hand. What happened next is the kind of thing you really only find in a comic book. The Hand not only brainwash her but also physically altered her appearance! They made her an Asian Ninja by merging her soul with Kwannon, the brain-dead love of the leader of the Hand. Yeah… REAL comic book stuff!

Psylocke reappeared a few issues later in Uncanny X-Men #256 as a pawn for the Mandarin, who made a deal with the Hand. However, once again in true comic book fashion, when Psylocke rebelled and defeated the Mandarin, the reader learned that her work and fight with him were all a DREAM, a final brainwashing test by the Hand. Yet, she still retained “The Lady Mandarin” title since the Mandarin and the Hand really did make a deal outside the dream! Still with me? Okay! From there, in Uncanny X-Men #258, Psylocke captured Wolverine for the Hand, who tried to brainwash him as well, but unfortunately for them, Psylocke and Wolverine made a telepathic connection. In their mental link, she realized who she truly was – Betsy Braddock. Together with Wolverine and Jubilee, the three X-Men managed to escape, and Psylocke became a famed member of the X-Men from then on.

If you’re interested in some romance and body-double confusion, the first 10 issues of 1991’s X-Men, written by both Chris Claremont and Jim Lee, saw Psylocke flirting with Cyclops. At the same time, Kwannon appeared in Betsy’s Braddock’s British body, as opposed to the X-Man Betsy in Kwannon’s body due to the aforementioned switch implemented by the Hand. Who is the REAL Psylocke?

Maybe you just want some romance and courage without all the body-switching? Well, in that case, you should be reading Uncanny X-Men #328 -#330, which featured the beginning of Psylocke’s relationship with Archangel. Additionally, the latter two issues showed just how far the X-Men are willing to go when Psylocke is injured fighting Sabertooth.

Lastly, if romance is not your thing, I’m willing to bet that tales of revenge might be. In 2010, the one and only Chris Yost wrote a Psylocke miniseries, called Psylocke, which saw the titular character return to her roots for some good old fashioned retribution against the Hand leader who changed her appearance! It’s got carnage, origins, ninjas, Wolverine, and vengeance! What more could you want?

Don’t forget to check out our other character bios here at The Source!