Home COMICS The Top 5 Legacy Superheroes: Passing the Torch from Hero to Able... 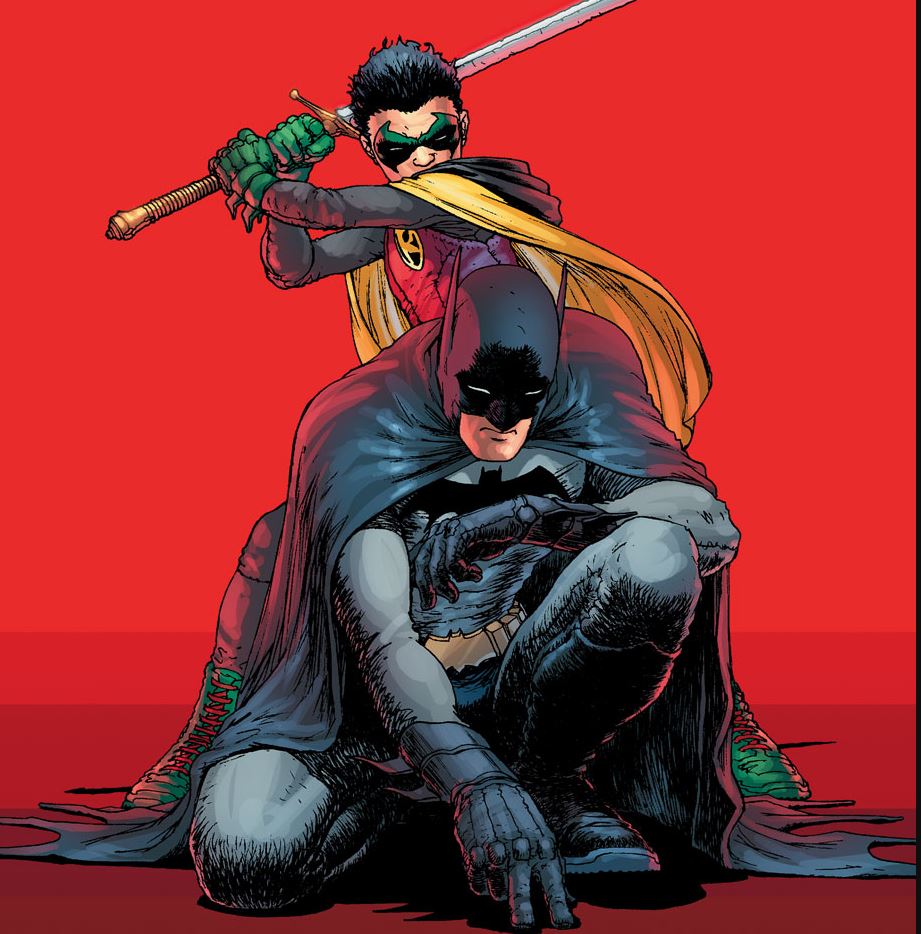 There comes a time when the mantle of a hero must be passed. Whether they died in battle or have become too old to keep up, we rely on the new generation to carry on the good fight! Superheroes are not strangers to this. There have been many times where someone’s had to step up and take up the mantle of a well-known superhero. One way or another, they came into their own and proved themselves worthy of carrying on a legacy. So, let’s take a look at the exceptional few who rose above, the top five legacy heroes!

Starting things off is the third Blue Beetle, Jaime Reyes. Unlike some of the other entries on this list, Jaime’s a special case. Since the Blue Beetle scarab attached itself to his back, Jaime was forced to fill the shoes of his predecessors. He never chose this; he was just a normal kid who suddenly got tied into this big legacy. Regardless of his situation, Jaime still did his part to help others as the Blue Beetle!

Jaime was a unique version take up the mantle too, having powers that the other two couldn’t have! He was also one of the only superheroes to share his identity with his friends and family from the start! He’s had a pretty impressive career too between being a Teen Titan to fighting back an entire alien invasion! All and all, through Jaime’s bravery and relatable character, he’s made a name for himself as a standout superhero! It’s pretty easy to see how he became the most popular version of the Blue Beetle!

This one’s a little complicated, so I’m going to try to make this as easy to understand as possible. Originally, in another universe, an experimental spider got loose and bit a kid named Miles Morales. When Miles got powers from the spider, he initially refused to use them, but this changed when the Peter Parker of his Earth died! Because he felt he could’ve saved him (but didn’t), Miles took it upon himself to become the next Spider-Man! Having all of Peter’s powers and then some, Miles has gone above and beyond as the friendly neighborhood webslinger!

As Spider-Man, he lived by Peter’s example and fought crime his own unique way. He also joined The Avengers, the Champions, and even the Web Warriors for a short time. Miles became super-popular very quickly and even crossed into the main Marvel Universe, becoming a mainstay character! Likable and shining just as brightly as the original, Miles Morales gives new meaning to great power and great responsibility.

Dick Grayson’s been in a lot of titles. And I mean…a lot. He was the first Robin, he was Nightwing, and then for a while he was even the Dark Knight. At the time, Bruce Wayne was presumed dead and Gotham had become overrun with crime since it had no Batman! Admidst the chaos, Grayson took up the role of Batman to keep the peace and carry on Bruce’s legacy. While this one was only temporary (because let’s face it, they’d never keep Bruce dead), something about Dick taking his mentor’s role was actually very fitting!

Dick is often considered to be Bruce’s best student and throughout the years the reader saw him grow and mature. So, when it was finally time for him to wear the cape and cowl, it felt natural; It felt like it was something he was always meant to do! He also helped train Bruce’s son, Damian, as Robin! Not only that, but he did a pretty good job defending Gotham before Bruce came back. It may not have been long, but Dick Grayson did the legacy of the caped crusader proud!

It’s Kamala Khan, one of the more recently created, legacy carrying heroes! Kamala was a fan of superheroes, particularly Captain Marvel, and always wanted to be one. Her wish was soon granted when she came into contact with the Terrigen mist! Gaining the ability to change her size, stretch, and even shape shift, Kamala became Ms. Marvel to emulate her idol.

Although she hasn’t been on the scene long, Kamala’s made a lasting impression on fans! Despite taking her code name, Kamala’s hasn’t interacted with Carol Danvers often (they’re not even on good terms right now)! But even without a real mentor, Kamala has been making her own way as a superhero. Through her fun personality and optimism, Kamala’s made a good name for herself!

But Kamala isn’t just unique for being a superhero, she’s unique because of her inspiring nature. At the end of the day, Kamala’s a kid trying to find her place in the world, and even after a few mistakes, she resolves to become better from them!

You can relate to her common, everyday struggles, and you can be inspired by her actions as a superhero — actions that founded the ideals of the Champions!

And at the top we have the fastest man alive himself, Wally West! Originally Kid Flash, Wally became the Flash after his mentor, Barry Allen, died. For many, Wally was the best Flash. Barry may have created the Speed Force, but Wally mastered it.

Wally remained the scarlet speedster for quite a while, even after Barry came back from the dead. It stayed that way until the New 52 where he suddenly disappeared!

There was such a huge backlash to this that DC made a new Wally West to take his place. Unfortunately, it just wasn’t the same to the fans; they wanted the Wally they knew. Eventually, as a part of Rebirth, Wally finally returned and even became a focal point of the story. It’s for this reason and many more that Wally is the best legacy hero.

He didn’t just take on the role of the Flash, he defined it. In doing so, he created the model in which all the other versions of the character would follow. For his longevity, huge fan following, and for creating a lot of the Flash’s lore, Wally West stands as a hero among heroes!

Was there someone I missed? Who’s your favorite legacy hero and why? Let me know in the comments below!