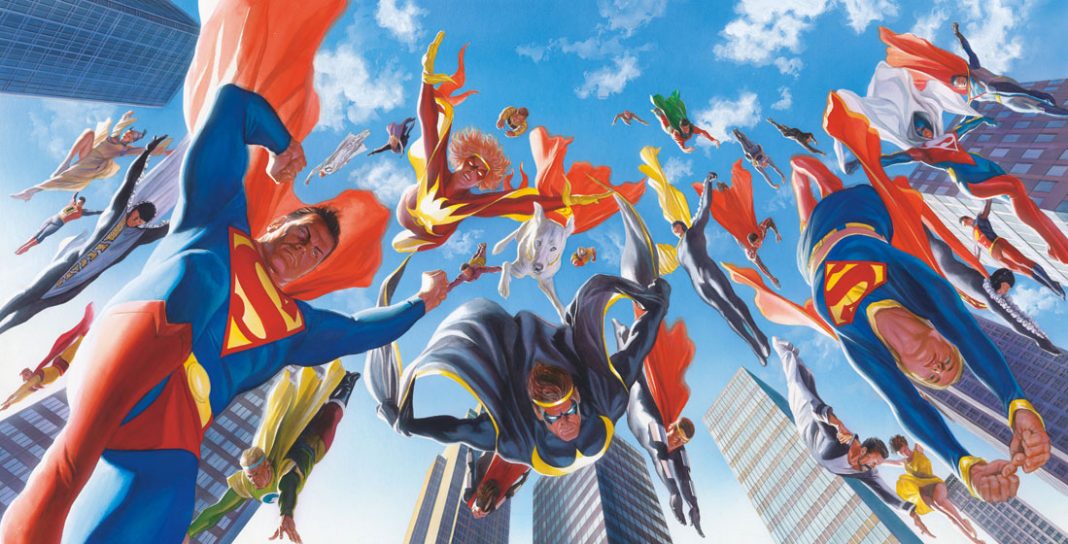 Superhero families are not perfect—far from it, actually. Can you imagine spending Thanksgiving with the Batman family or the New Gods family? It’s bad enough that they go out and risk their lives in the line of duty, but do superheroes have to come home to chaos at the end of the day, too? Even worse is when their own families are out in the battlefield with them—because nothing spoils a good evildoer-smackdown than your dear ol’ Dad telling you to punch harder or your sweet lil’ Mom wanting to wipe the sweat off your brow every waking second. If you think your family’s bad, wait until you see what these superheroes have to deal with every single day!

Because of all the hype from Hollywood, the most popular members of the family are undoubtedly the Summers siblings Scott and Alex. But there’s more to the family than Cyclops and Havok, and the whole convoluted family history includes genetically engineered ultimate mutants, and babies with partial clones. The X-Men never really had the best track record for judging mutants by their background checks, after all.

An important family member to note is Cable, who’s supposed to be the son of Scott Summers and Madelyne Pryor (who happens to be the clone of Jean Grey). Cable even has an adopted daughter, Hope, who’s honestly in desperate need of some DNA testing to figure out all the confusion with her lineage. So here’s to you, maker of the Summers family tree!

So Superman’s supposedly the only one left after the planet Krypton blew up, but for a sole survivor, he sure has a ton of newly-discovered relatives. The “Last Son of Krypton” not only has a cousin who survived by being sent off in a rocket ship just like he was, but he also has a little clone Superboy to take care of.

Kal-El’s birth parents, Jor-El and Lara Lor-Van, had a bunch of relatives in the Phantom Zone and in the bottle city of Kandor as well, and Supergirl’s relatives are everywhere, too. And then there’s Power Girl, who, depending on the storyline, is sometimes a clone and is sometimes the original Supergirl from another Earth.

In current REBIRTH continuity, Superman and Lois Lane have a son who’s the new Superboy, and we don’t even know what he’s all about just yet. At this rate, we’re not even counting the vast lineup of super-pets that the family has, including Krypto the dog. S,o sole survivor? We think not.

Speaking of superhero families, Captain Marvel’s supporting cast includes his twin sister Mary Marvel, Captain Marvel Jr. (BFF Freddy Freeman), and Billy Batson’s foster brother Eugene Choi, who can manipulate technology with pure thought alone (Playstation, on!). Two more foster siblings include Pedro Peña and Darla Dudley. There was also this Uncle Marvel in the ‘40s, and Hoppy the Marvel Bunny who’s, well, a bunny. Good for Billy Batson and his Marvel Family for welcoming all relatives (and furry woodland creatures) into the family business of turning into super-powered adult versions of themselves with the simple utterance of a magic word.

Shazam’s rival, Black Adam, also has a mini-family of his own, which includes a timid, talking crocodile whose character twist is something too awesome to spoil. If you’re curious, check out 52’s Week 43 to find out why crocs will be crocs.

The horrible films may have ruined the Fantastic Four for casual fans, but loyal comic book aficionados will always have a special place in their hearts for Marvel Comics’ “first family.”

Reed Richards and his wife Sue Storm have two children Franklin and Valeria, with the latter of the two regarding Doctor Doom as her uncle. Johnny Storm (Sue’s brother) is the infamous Human Torch, and in a fantastic twist of fate, there’s Reed’s dad Nathaniel Richards who was actually the first to perfect the time platform. The time-traveling father resides in a parallel universe of war-torn lands where he married royalty and became ruler of a workforce of ape-like mutations. Oh, and everyone found out later that Nathaniel’s wife has been parading around disguised as her husband in order to rule the land with an evil hand. Talk about complicated family politics!

It’s definitely hard to imagine Magneto changing diapers, packing lunches, and taking his kids out to their school soccer games, but while he may never be Father of the Year, we gotta cut him some slack. After all, parenting is hard when you’re out antagonizing the X-Men all the time, even if his kids Scarlet Witch and Quicksilver can pretty much take care of themselves.

During the “House of M” storyline, however, Magneto kills Quicksilver and Scarlet Witch retaliates by erasing mutants off the face of the earth.

Scarlet Witch also has two little kids that she bore with Vision, and how the heck that happened is truly one for the books, because these two kids are demonoid hybrids that contain shards of Mephisto, the lord of all that’s evil and unholy in the Marvel Universe.

Magneto also bore another daughter named Polaris, who, despite her mental health issues, has a long-term relationship with Havok (a.k.a. Cyclops’ brother, Alex). Oh, and he eventually left her at the altar on their wedding day, causing her to lash out and go cray-cray (because hell hath no fury and all that).

Did we miss your favorite superhero families? Which group would you just love to have a fun family pow-wow with? Sound off in the comments below!