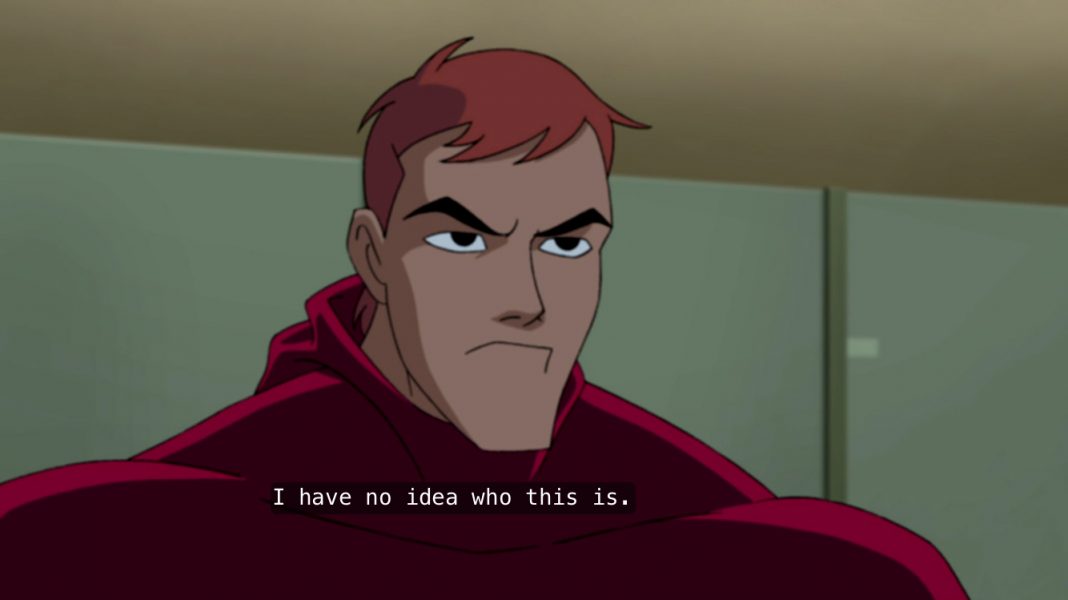 Our favorite masked crimefighters have been saving the world since forever, and putting loved ones in peril every now and then comes with the job. Most superheroes opt to conceal their true identities in order to protect their family and friends, but honestly, let’s just say that they’re not very good at it. Here are the weirdest superhero secret identities from sloppy heroes who aren’t that bright.

You might think that being a blind lawyer already crosses you off the list as a potential crimefighter, but Matt Murdock’s always had bad luck when it comes to concealing superhero secret identities. Good ol’ Spidey, in Daredevil #24, sent a letter to Nelson & Murdock exposing Matt’s secret identity (I guess Peter Parker is not so friendly-neighborhood-y after all), and because letters are meant to be read by snoops like Foggy Nelson and Karen Page, the secret got out.

Matt had to resort to drastic measures to do damage control, and that is to oh-so-intelligently explain that Daredevil is none other than Matt’s ridiculous twin brother, Mike. Sure, everyone just casually accepted that Mike is suddenly Matt’s twin brother who’s moonlighting as a crimefighter. Of course, nobody even wondered why Matt and Mike were never seen together at the same time and in the same place. Mike eventually “died”, but not before training someone else who’s supposedly the “new” Daredevil sneaking around town these days. How convenient.

Why anyone would have a difficult time putting two and two together when it comes to Green Arrow is just beyond me. I mean, Oliver Queen is a public figure, and as CEO and Mayor, his face is always plastered all over his city and in the daily news. How can anyone miss that magnificent goatee? Do the citizens of Star City even know of anyone else who’s rocking that look?

If Ollie wants to conceal his identity, he should have at least covered the facial hair, because a mask and a hat just won’t do.

Yes, The Hulk had an alter-ego once, and no, it wasn’t Bruce Banner. Once believed to be dead, The Hulk went incognito and disguised himself as Joe Fixit, a Vegas bouncer with a penchant for punching people to fix problems. He’s just the same Hulk but in a suit, and he even had a girlfriend who was utterly clueless about the monstrosity that was her lover. We have to give mad props to Hulk for fooling everyone though—not everyone can pull off a ginormous suit and still look good.

The thing about superhero secret identities is that you have to distance yourself from your alter-ego as much as you can, but in Robin’s case, he kind of went the other way around.

Dick Grayson, back when he was the original (and one and only) Robin, wore those infamous tights for a reason—and that’s because the costume was reminiscent of his costume from his circus days. The only problem is that it was probably too reminiscent.
The Flying Graysons wore that very same flamboyant costume and god-awful color combination in their circus act. Why someone who hides in the shadows and uses the night as his cover would want a brilliantly costumed boy in a Speedo as his sidekick is something that to this day, fans everywhere will never understand.

Of course, the one that tops the list of terrible superhero secret identities is none other than Superman, because it would be a grave injustice to the Man of Steel if we didn’t include him here.

Sure, different writers over the years have used various explanations as to why Clark Kent would be unrecognizable in simple glasses: some say his glasses had super-dulling powers that would keep his vibrant alien blue eyes in check, while some say that Clark would be too gosh-darn nerdy to even remotely resemble Big Blue. But at the end of the day, it will just never make sense why nobody in the whole DC universe could see that Clark Kent is just Superman in glasses.

Even a simple mynah bird got it right (wherein Clark had to dress up as a traumatizing giant bird to keep the mynah bird’s mouth shut—I kid you not), but hey, when it’s everyone’s favorite Boy Scout we’re talking about, we just gotta love him for who he is—ridiculous secret identity and all.

What do you think about this list? Do you know of other superheroes with worse secret identities? Don’t hesitate to give us a holler!