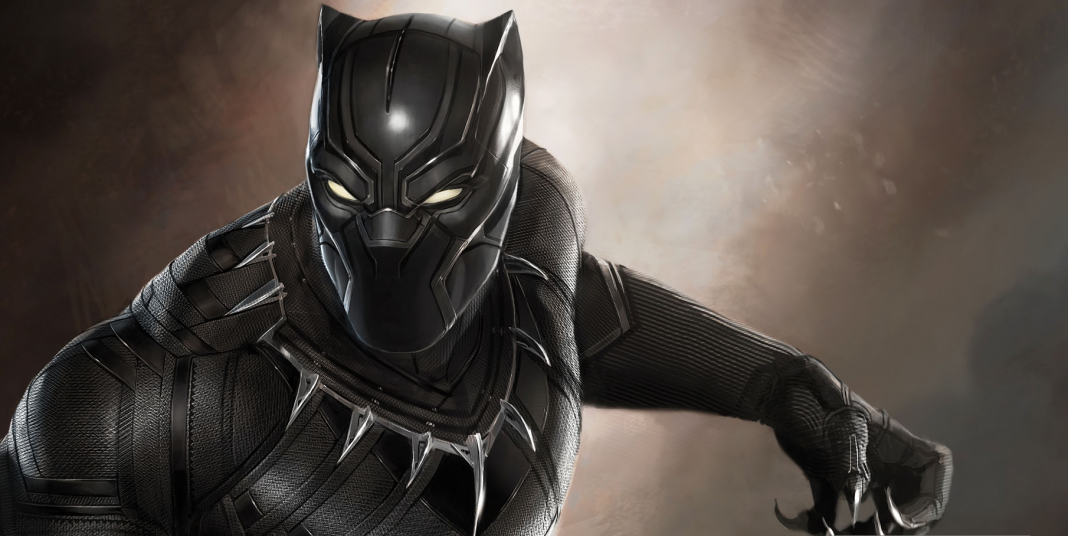 Black Panther, a seminal character in Marvel’s storied comic book universe, makes his big-screen, live-action debut in this year’s super-human slug-fest, Captain America: Civil War! Black Panther is descended from the Black Panther clan, a tribe of brilliant warriors imbued with enhanced abilities, a collective, accessible ancestry and the blessings of the ancient (sometimes irritable) Panther god. Oh, and I should also mention that whoever dons the Black Panther mantle is king of Wakanda, a technologically superior nation nestled in the undisturbed African veldt. Yup. Anyway, Black Panther makes his filmic debut in May, and returns in his own feature film in 2018 which, coincidentally, just landed a director (click here to find out who Marvel selected to helm Black Panther in 2018).

Anyway, the Black Panther is AWESOME! So awesome, he deserves his very own selection of t-shirts. Wait, how can you procure some AWESOME Black Panther t-shirts? Why, you can simply…SCROLL DOWN!

Firstly, it’s the Black Panther Claw T-Shirt ($ Now $18.99)! It’s a black, 100% cotton t-shirt featuring the avatar of Wakandan tribal royalty, the Black Panther! The Black Panther seems to be layered over..well, a claw. Is it his claw, a symbol of Panther’s strength in the face of negligent, political posturing and super-human conflict? Probably. It’s also one hell of an offensive weapon. Sure, the symbology effectively intimidates in order to defend Wakanda and its unique resource, vibranium, but if strategically employed, it can proactively neuter especially nefarious national enemies.

The Black Panther Logo on Cream 30 Single T-Shirt is a soft, cream-colored, 100% cotton t-shirt constructed with a higher thread count resulting in that softness I was going on about.
Anyway, this particular Black Panther t-shirt is reminiscent of some healthy governmental empowerment propaganda. Yup. If you lived in Wakanda, there’s a very good chance you’ve witnessed this image illustrating giant banners hanging from Wakanda’s royal palace. You may have seen it on the sides of floating, vibranium-forged, panther-themed super-tanks as they exited through Wakanda’s electronically camouflaged walls to meet Thanos and his cadre of blood-covered, Black Order officers. Yup.

Like what you see? Then follow this conveniently clickable link to view our entire selection of Black Panther merchandise!