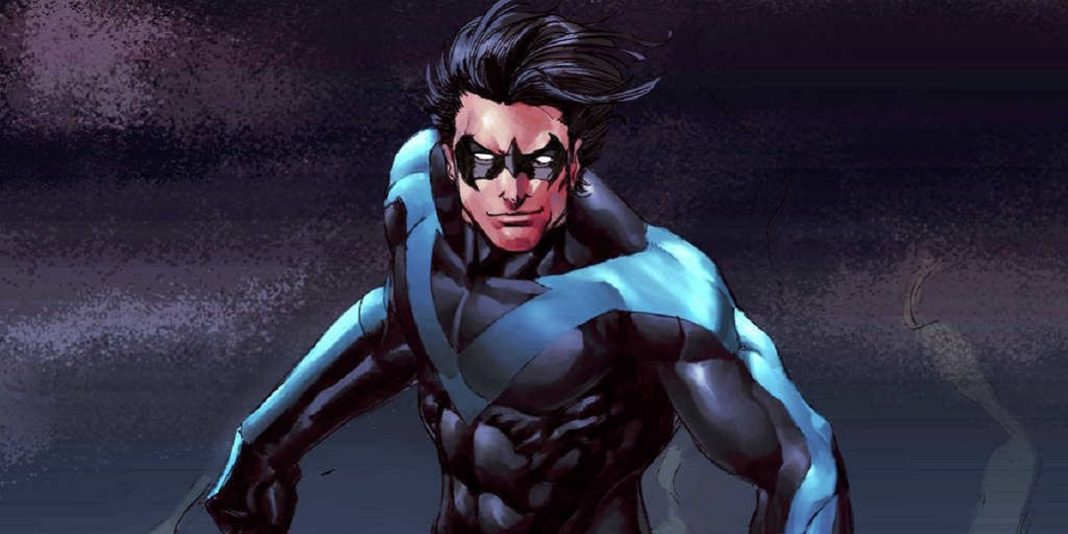 The DC Extended Universe needed a boost. With constant reports of the production struggles and director issues, the Marvel arch-rivals needed a win. Well, they got one in a big way when it was unexpectedly announced that Dick “Nightwing” Grayson will be getting his own feature film.

Looking to build on the outstanding news, The Lego Batman Movie director Chris McKay was announced as the driving force behind the movie. A man who understands the DC Universe, combined with one of the most underrated characters, is almost the perfect concoction for a surprise blockbuster flick.

There is one key piece missing, though: who will be playing Dick Grayson? The last time the circus entertainer-turned-Batman-sidekick hit the big screen was when Chris O’Donnell played the role in 1997’s Batman & Robin (hopefully this version will have less super-suit nipples). It’s twenty years later and Dick is in need of a modern makeover, with a talented field of actors capable of taking over the role. So, let’s find out who’s best suited to become Nightwing.

Now, before I get to the list, a couple of rules:

First, no one currently associated with The DCEU or MCU will be included. If you’re in, or have recently been in a comic book based movie, you’re out. Let others get in on the fun.

Second, the actor has to have a relatively big name. DC isn’t Marvel in that they don’t look to find unknown actors like Chris Hemsworth. They tend to focus on actors who have a half-decent IMDB page, so I’m going to stick with their method.

Finally… no Joseph Gordon-Levitt. While he would be perfect for the role and could continue The Nolanverse, he already played John “Robin” Blake in The Dark Knight Rises. I don’t need a portion of a Nightwing movie dedicated to explaining how his real name is Dick Grayson.

So, with those restrictions in place, here are five actors who could absolutely take on the mantle of Nightwing.

If you’re going to nab a talented actor at the perfect moment, it’s time to pounce on Adam Driver. He not only looks like the comic version of Dick Grayson come to life, but he continues to star in acclaimed movies.

Aside from his star-making portrayal of Kylo Ren in the new Star Wars trilogy, Driver has spread his acting wings in critically acclaimed movies like Silence and Midnight Special. He’s on the road to becoming a major Hollywood player, so if DC is smart, they would lock him up now in the role of Dick Grayson like they were rumored to be doing in 2013.

Oh… did you forget about that? When Batman v Superman was first announced, casting rumors bombarded the production. Right in the middle of that storm was a young and fairly unknown Driver being pitched to play… guess who? That’s right, Dick Grayson. Driver played it cool, but clearly there were talks happening behind the scenes. Perhaps DC will look to revisit some old history and bring Driver back to the role he could have had four years ago.

One of the stars of Game of Thrones and… uh… well… not Pompeii… but, uh… Game of Thrones again. The role of Jon Snow has been a career maker for Harington, but he needs to add something else to his resume. With GoT rumored to be ending in 2018, Kit is going to have a lot of free time on his schedule and perhaps getting involved with the DCEU is the best option for both parties.

While someone like Driver will have to split time between his Star Wars duties and independent offers, Harington doesn’t have that problem. He would be a dedicated member of the Batman world and would be able to appear in other features including The Batman, Suicide Squad 2, and any other production. He’s a very talented guy and used to working as part of an ensemble. The role of Nightwing could become iconic in the hands of Harington and help turn him into a blockbuster actor.

It’s the new Hollywood trend. Get nominated for an Oscar, and then land a role in a superhero movie. It worked for Jared Leto. It worked for Brie Larson. Now, it needs to work with someone from the 2017 Academy Nominee list. Sure, sights could be set on Andrew Garfield, but he already had his underappreciated turn as Spider-Man. Thankfully, there’s an even better choice staring us right in the face: Dev Patel.

The man only does quality work. Think of any movie or TV show Patel has done and try to find any fault in his performances. His Oscar-nominated performance in Lion will be the stepping stone to more leading roles and DC should be adding him to their library of heroes.

Patel could breathe new life into the DCEU and add some much-needed diversity to the superhero genre. However, the most important thing he could bring to the role is being a great actor, so any other attribute is just an added bonus.

Until he finally decides to join a superhero movie, I’m going to include him on every list. Damon is finally unleashing his inner blockbuster ambitions with roles in The Martian, Jason Bourne and The Great Wall. It’s only a matter of time before either Marvel or DC snatches up one of the biggest stars in the world, so why not give him his own Nightwing movie to kick things off?

It also wouldn’t be the first time Damon was tied to the Dick Grayson. In the mid-90s, Damon was one of the actors linked to the Robin role in Batman Forever. O’Donnell got the part, and Damon had to team with Ben Affleck to write a little movie called Good Will Hunting. The team of Affleck and Damon led to Oscar gold, so it’s time Damon (as Nightwing) and Affleck (as Batman) team up again! How do ya like dem apples?

How is this man not a bigger star? After blowing people away in The Social Network, Hammer can’t catch a break as his blockbuster movies The Lone Ranger and Man from U.N.C.L.E. failed to connect with both critics and movie goers. Fact: he almost had the opportunity to play Bruce Wayne/Batman in the George Miller-directed Justice League movie that never came to fruition. He always seems to be right there for a breakout role, but can never quite hit the nail on the head (hammer joke… boom!)

So, now would be the perfect time to bring him on board. Hammer has all the potential to be one of the biggest stars in Hollywood. Why not start that journey with a role in the DCEU? He clearly wouldn’t object to the idea, as seen by working on a secret project with Deathstroke himself, Joe Manganiello. Take a look for yourself. 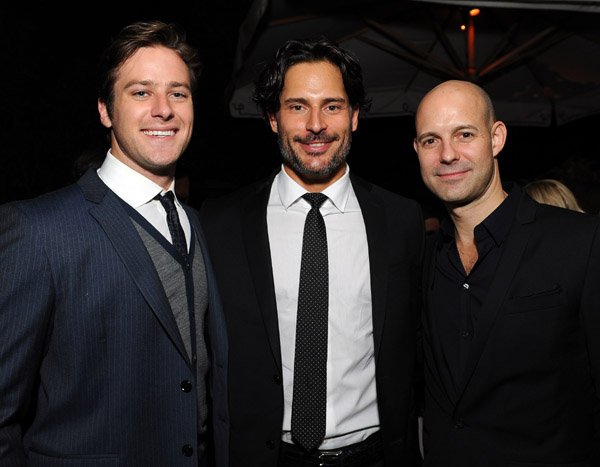 Many see this as an epic trolling job, but what if there’s more to that? The head of DC Films Geogg Johns even retweeted this picture. Perhaps it’s a joke. Perhaps it’s to gauge fan interest in Hammer taking over a role in the Batman Universe. Well, I’m interested and you should be, too. Hammer is not only the perfect choice for the role, he’s the only choice. So, here’s wishing to see Armie show up alongside Ben Affleck in The Batman to take down Deathstroke. Then McKay can take over and give Hammer the lead project he could knock out of the park.

As for Matt Damon… he was always better suited to play Jason Todd and Red Hood anyway!

So, what do you think of the list? Do you feel any potential Dick Grayson suitors were left off? Let us know who you’d like to see play the role of Nightwing, that is, if you have a better choice than Armie Hammer!