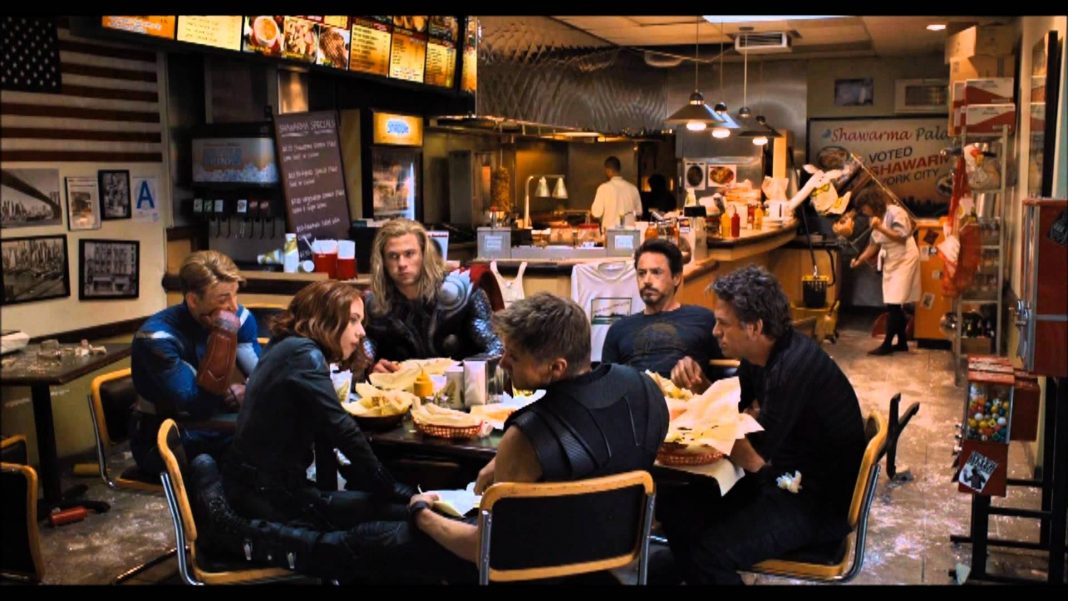 Let’s face it; there is a lot of excitement to be had for this week’s Captain America: Civil War. There will be amazing action sequences, emotional character turns…and Paul Rudd. Still, there is one more thing that will keep Marvel fans’ butts in the seats: the Civil War post-credits scenes!

Now there has already been speculation on the amount of post-credits scenes that will appear. Marvel has been putting out at least two during their Phase 2 run, and it appears that trend will continue with Civil War (but let’s pray for a hidden third!!!).

So what could actually be in these scenes? There are a lot of routes the MCU could take, so let’s dive into what they should do.

Now before I throw out the five scenes I’d like to see, I feel the need to be very honest and forthcoming with you: I have not seen Civil War and I don’t know what’s coming. I have also avoided any Civil War post-credits spoilers (because I don’t want it ruined for myself). So, on the odd chance one of these ends up happening for real… just know it’s a coincidence.

Also, Thanos will not be listed; he’s already had two post-credits scenes and I don’t want to see him again unless he’s a legitimate threat. So… ON WITH THE LIST!!!

Let’s start with someone who is sitting out Civil War: Thor. He’s up doing his own thing on Asgard, waiting for his own adventure in the impending Thor: Ragnarok. When we last saw the God of Thunder in Age of Ultron, he was questioning the emergence of the Infinity Stones before calling on Heimdall to bring him home. So why not a quick check-up on him?

In the first post-credits scene, show us Asgard. We can see Thor looking out into the cosmos, when Heimdall asks him, “Do you wish to join?” You can see the decision Thor is pondering, but instead he just stares at the distant battle and says… “No. There is a much greater threat that needs my attention.” Did you just get chills? We now understand why Thor wasn’t involved in Civil War; he worried about something bigger and badder coming in Thor: Ragnarok.

Speaking of Ragnarok, and MCU characters who went M.I.A. following Age of Ultron, let’s see what happens to Bruce Banner and his alter ego, the Hulk. So he took a Quinjet, which may or may not have crashed into the South Pacific. All we know is that he’s going to appear in some way in Thor: Ragnarok. Well… let’s see how Bruce Banner ends up in space.

How about a post-credits scene that shows a major sequence from Civil War in a different light? Let’s see the airport fight scene from far away… from Bruce Banner’s point of view. He’s about ready to get involved in the fight when he gets encompassed in light, and sucked into a space-prison ship. Remember, there were reports of Mark Ruffalo on set… perhaps they used him to shoot a quick post-credits scene? I’d like to think so.

Since Thor and Hulk don’t show up in Civil War, we probably won’t see them in any capacity until Ragnarok. So instead, let’s get a better look at one of the newer Avengers… and let’s go with Black Panther.

We know he gets thrust into the superhero showdown, but he probably won’t stick around with his new compadres after the battle. So let him return home and back to his throne. It can be a simple scene of a beat-up T’Challa walking through his Wakandan palace. He turns, sits on his gold throne… and scowls. Considering the rumors that he is one of the characters who steals the show in Civil War, you can’t go wrong with giving him some extra screen time to set up his solo adventure.

Well… if you’re going to promote an upcoming Marvel solo film, you should go with the next MCU film on the docket: Doctor Strange.

Again, you don’t need to show much (especially since the trailer will accompany Civil War). Slowly zoom in on Stephen Strange meditating in the Sanctum Sanctorum. Once we get a good shot of his face… his eyes open. Cut to black and throw up the Marvel logo. We don’t need anything else…

Should Civil War follow in the footsteps of its comic book predecessor, the future will be bleak for one Steve Rogers. Should Captain America offer the ultimate sacrifice, then someone is going to need to pick up the shield and carry out the belief of truth, justice and the American way.

You can go with either Sam Wilson or Bucky Barnes in this role. Show them back at Avengers headquarters, going over a fallen Rogers’ items. At the bottom, it’s Cap’s shield! Bucky or Wilson pick up the symbolic shield and look in a mirror. We now have a new Captain America for the upcoming Infinity War movies (until the real Steve Rogers comes back… come on… you really think he’s missing that battle?).

So there you have it. Five scenes I’d like to see in the post-credits scenes of Civil War. But what do you think? Would you like to see one of these examples… or is there something better you hope Marvel runs with? Maybe another impromptu dinner at Shawarma Palace?  Let us know below!