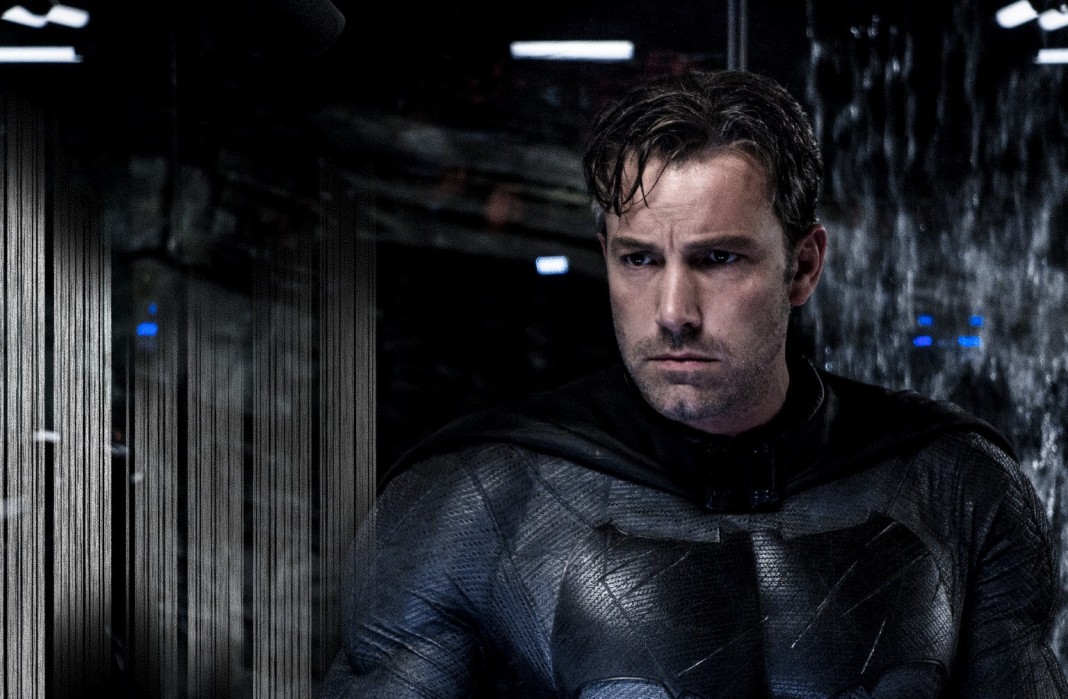 “Divisive” may be the best adjective to describe Batman V Superman: Dawn of Justice. An overwhelming majority of the critics are united in their disdain for the film. However, it appears as though the critics are divided on the elements of the film that they disliked the most. Although it is not universally agreed upon, one consistent element of redemption appears to be Ben Affleck’s portrayal of Batman. In fact, Ben Affleck’s Batman and Bruce Wayne steal every scene they inhabit. With an upcoming appearance in Suicide Squad, Ben Affleck’s interpretation of Batman may soon be recognized as the ultimate portrayal of the character. Although every individual’s perception of characteristics that make a proper Batman vary greatly, Ben’s portrayal of the Dark Knight includes many traits that are ripped straight from the comics. Here are 5 reasons Affleck is the definitive big screen Batman.

If you haven’t seen the movie, go out and watch it right now before the only parts of the movie that were not in the trailers are ruined for you.

5) The Bat-Rasp is Gone, But His Voice is Still Masked

Ben Affleck must have breathed a massive sigh of relief when he learned that the intense preparation of gargling broken glass, rocks, and razor blades for the role of Batman was over following Christian Bale’s retirement. Stealing a page from Arrow, Ben Affleck’s Dark Knight uses a voice modulator that enables him to strike fear in criminals’ hearts by making him sound less like a chain smoking Sylvester Stallone and more like a demonic T-Pain. Although I was initially bothered by this in the trailers, I found it to be more impressive in the theater. In all seriousness, it was quite refreshing to be able to understand Batman’s dialogue after ten years of using the caveman grunt-codex to decipher lines delivered by Christian Bale.

4) The Criminals and Law-Abiding Citizens of Gotham City Are Genuinely Terrified of Batman.

Batman’s introduction into the world of Man of Steel is both incredibly amazing and terrifying. Without spoiling too much of the scene, the Gotham City Police Department is sent to a location to investigate a ring of human traffickers. During this scene the movie makes a drastic tonal shift from the realm of action/adventure to horror. As the police officers attempt to free the enslaved women from their confinement, they find that the women wish to remain locked in their cage. Their ultimate desire is to protect themselves from the “Bat-man” that is still lurking in the room above them.

Reminiscent of the introduction of Batman in Batman Begins, this scene is easily one of my favorites in Batman V Superman: Dawn of Justice. The Batman that Ben Affleck portrays in this film is terrifying to criminals as well as the law-abiding citizens under his protection. Everything from the camera work to the actors’ emotions build the suspense toward Batman’s initial reveal. When the camera finally focuses on the character, Batman’s wraith-like movements add to the terror that everyone in the room feels. In a perfect world, Batman should be perceived by the Gotham’s citizens as a bat-like wraith that serves justice to criminals.

Ben Affleck’s Batman, with the help of Alfred, creates all of the gadgets implemented throughout the course of the film. Ranging from the voice modulator in his cowl to the Batarangs, Kryptonite Gas Grenades and the Kryptonite spear in his utility belt, Batman’s gadgets are not lacking in this film. Additionally, Batman implements these gadgets with a seasoned veteran’s expertise during combat. The best way to describe Batman’s fighting style is to compare it to the Free-Flow Combat system in Batman: Arkham Knight. In one scene that has been almost completely ruined by the marketing team, I could have sworn that I was watching a live action portrayal of the Batman from the video game series as he took out a group of henchmen. My jaw dropped with the physical brutality that this aged Batman dealt to the bad guys. If this Batman has truly gotten slow in his old age, I am curious about his physical prowess at the peak of his vigilante career.

Bruce Wayne is a tortured soul. In Batman V Superman: Dawn of Justice, Ben Affleck’s Bruce Wayne carries the weight of a long career in Gotham. After witnessing the death of individuals close to him during the destruction of Metropolis, one can visibly see the weight of saving the world on Bruce Wayne’s shoulders. Ben Affleck portrays this with a subtle, slow-burning intensity that I have only ever read in the comics. This is how I have always imagined Bruce Wayne; calm on the outside, but a raging storm of emotions underneath. Some may perceive this as stiff. I think that after twenty years we might all be a little stiff after enduring the traumas of being the Batman. Due to the length of this Batman’s tenure, Ben Affleck does not need to portray a duality between the Batman and Bruce Wayne. At this point in his career, both Bruce Wayne and Batman exude the same intensity because Batman is the dominant assumed identity. Additionally, Bruce may no longer be able to draw a distinction between the two identities.

1) Ben Affleck’s Batman Is an Investigator/Detective

First and foremost, Batman holds the title of The World’s Greatest Detective. One of my largest gripes with every Batman movie filmed since 1942 has been that Batman is not a detective in any of these films. Even the prestigious Dark Knight Trilogy lacks severely in this department. Christian Bale’s Batman spies on a lot of characters in the first film, interrogates Flass, Maroni and Joker, and reconstructs a finger print from a shattered bullet in concrete. That’s about it. Most of this detective work utilized intimidation (screaming) and occupied less than fifteen minutes of the total running time for all three films.

One of the best parts of Batman V Superman: Dawn of Justice involves Bruce Wayne seeking information regarding the illegal importation of Kryptonite from the Indian Ocean. To accomplish this he infiltrates an underground fight club, as Bruce Wayne, to find the Russian and clone phones. Apparently, Bruce’s appearance at such an event is all a part of his bad boy image. There’s some suspension of disbelief here, but Bruce Wayne has been known to at least get publicly intoxicated. These acts lead him to an unexpected party and the plot takes off from this point.

The detective elements of gathering and analyzing information to propel the plot are a welcome addition to any film containing Batman. Instead of only being present in transition sequences and montages, these detective elements are larger plot-points for driving Batman’s narrative throughout the film. From the information he gathers, Bruce is able to deduce much, but not everything, about Lex Luthor’s plan. As a result, Ben Affleck’s Batman is established as a detective for this new franchise. However, I am slightly disappointed that we did not get to see a live action interpretation of Matches Malone.

One of the largest complaints that critics have mentioned in regards to his work as a detective was that Batman was not able to figure out that he was being played by Lex Luthor. If Batman is the World’s Greatest Detective, then he should be able to figure out when the information that he is getting is being manipulated, and that he is being played like a pawn. I am in complete agreement here. If I were to play Devil’s Advocate for a moment, I can also say from personal experience that when someone is playing with your emotions and insecurity, all logic is often shredded and tossed out of a top story window. As a result, I’m a little more lenient to this lapse of plot logic.

I would be remiss if I did not mention my one complaint about Ben Affleck’s portrayal of the Batman. One of Batman’s greatest battles is his struggle against becoming one of the criminals that he fights. The “No Kill Rule” is one of Batman’s most distinguishing characteristics. Ben Affleck freely admits that his Batman has always been a criminal. Moreover, Batman uses guns on his Batmobile and Batwing to eliminate his targets. Although other Bat-men have killed on film, this is something that has never sat well with me.

Despite this one complaint, I do not feel that it diminishes the five reasons justifying why Ben Affleck is the definitive big screen Batman. What did you think of Ben Affleck’s portrayal of Batman in Batman V Superman: Dawn of Justice? Do you have another actor that may have delivered the definitive portrayal of Batman on the big screen? Sound off in the comments below to continue the discussion!