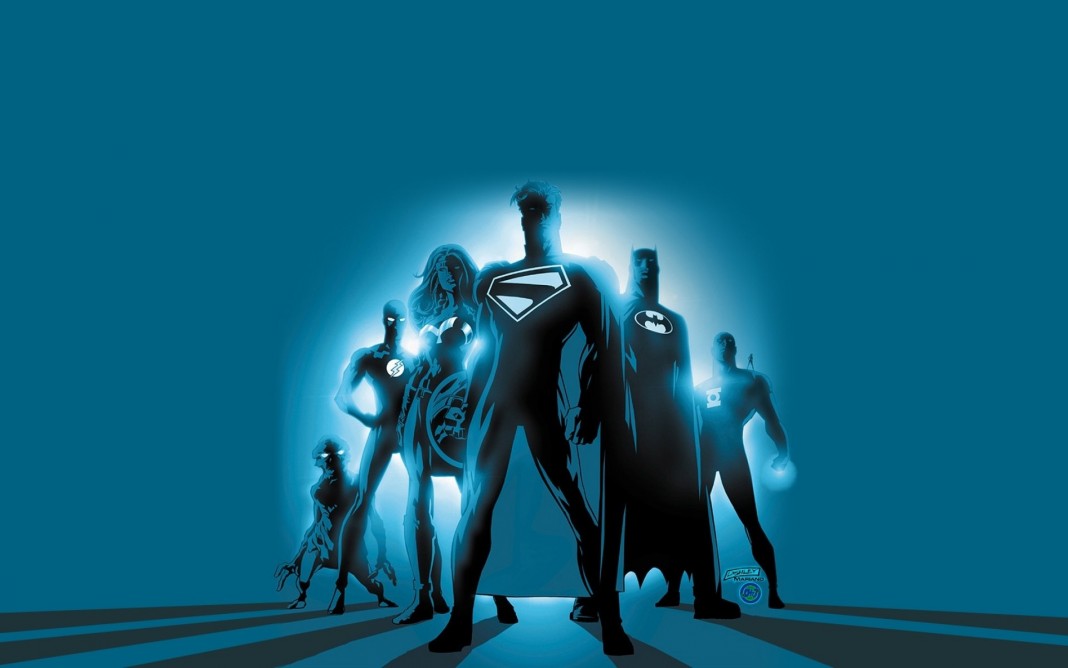 Yes, Batman V Superman was critically divisive, demeaned, derided, and in some cases, blatantly despised. What did I think? I thought it was…passable; it did what it needed to do, and regardless of the (several) issues I had, there were definitely some glorious moments that left me excited for future DC films. Yes, I’m excited for the next several Warner Brothers/DC films, and this positive yearning is, surprisingly, based in logic and NOT drowning in blinding, biased, fanboy whimsies. So, yes, Batman V Superman was kind of a jagged seed to swallow, but it bore resplendent fruit: the DC Expanded Cinematic Universe! So, I’m asking you, at least for the duration of this article, to kick your complete disdain for Zack Snyder to the curb and stop lamenting Batman V Superman. Why? Because I have logically arrived at 5 reasons why DC movies will only get better. OBSERVE! Oh, and I should also mention this: THERE BE SPOILERS AHEAD!

1. Because the Burdensome, Overly-Long Set-Up Is Over!!

Look, let’s cut Snyder some slack. Batman V Superman had the unenviable task of continuing Superman’s tale from Man of Steel, introducing the new DCEU Batman and Lex Luthor, kind of introducing Wonder Woman, and initiating a series of upcoming Justice League films. That, my friends, is a veritable spiderweb of narratives threading through a singular film. Did Snyder set this impossible mandate? No, this was the mandate handed down from Warner Brothers/DC, to kick-start the universe now as opposed to spending several years building character histories in the mighty Marvel (cinematic) manner. And, although the means were questionable, Snyder somehow managed to force these narratives kicking and screaming to a place where a more focused, uncluttered narrative could finally move forward. So, the hard part is over, folks. Let the unfettered good times begin!

2. Because It’s Batman and Wonder Woman Recruiting the Justice League.

Batman and Wonder Woman, arguably the two best aspects of Batman V Superman, are already allies, and together, they’re going to seek out those strangely powered individuals whose inherent oddities were discovered by Lex Luthor.

Batman feels terrible about Superman. Absolutely terrible. And, he knows there’s something horrific looming on the horizon, something he gleaned through incredibly vivid hallucinations and an almost life-like individual delivering a very clear warning. With Superman gone, he needs to assemble this group of physics-breaking oddities and prepare for the coming darkness. And, this is a VERY FOCUSED NARRATIVE. Sure, each potential recruit has an origin, but for the purpose of the Justice League films, these unique histories will be less intrusive, allowing for unburdened forward motion.

3. Because There is a Very Realistic, Creepy, Hard Science Fiction Vibe to DC Characters in the New Extended Movie Universe.

There’s a realism here that’s a little chilling; no bright colors, clear moralities, or flagrant displays of super-powers at the behest of an adulating public. What we have are individuals with amazing powers based more in science than science fiction.

Cyborg is the result of a man struggling to save the life of his son; a victim of something so horrific it ravaged his body to an irreparable state. So, a super-scientist father deemed it wise to fuse his son’s biological remains with untested technology and, inadvertently, a box-shaped super-computer used by immortal space-gods. Yup.

Flash traverses space and time in a series of locally produced, miniature wormholes. He frolics with quarks and manipulates tachyons as he moves at speeds indiscernible to the human eye.

Wonder Woman is a 5000-year-old immortal. Now, the whole ‘daughter of Zeus’ thing is a little fantastical, but that sepia-toned image of her alongside Steve Trevor is, quite frankly, a little unsettling. She’s been around for a very long time and lived countless lives and lost countless loves. There is an eerie realism here that grants her a very alien quality, supplanting her purported divine origin.

4. Because There Are Standalone Films on the Horizon.

Yep, just like Marvel films, each character will get their own standalone film granting viewers very trim, focused adventures and some very necessary backstory. So…it’s like the Marvel film template, but in reverse.

5. Because Superman Will Return.

You saw soil defy gravity during the last few moments of Batman V Superman. Superman, you see, creates a gravity-killing field around himself which contributes to all that flying and levitating. So, he’s definitely coming back, but rumors suggest it might be closer to the end of Justice League Part I. Superman returning in the nick of time to face a threat the entire assemblage of neophyte heroes (disregarding Batman and Wonder Woman) can’t seem to mitigate? Now THAT is how you portray Superman. No more whining about his place in the world, or unnecessary sword fights with Bruce. We get Superman saving the day, and to hell with public perception.

So, am I being naive? Has Batman V Superman: Dawn of Justice painted a terrible, immutable picture of the entire DC Cinematic Universe? Or, is there actual merit in my wide-eyed positivity? Sound off!