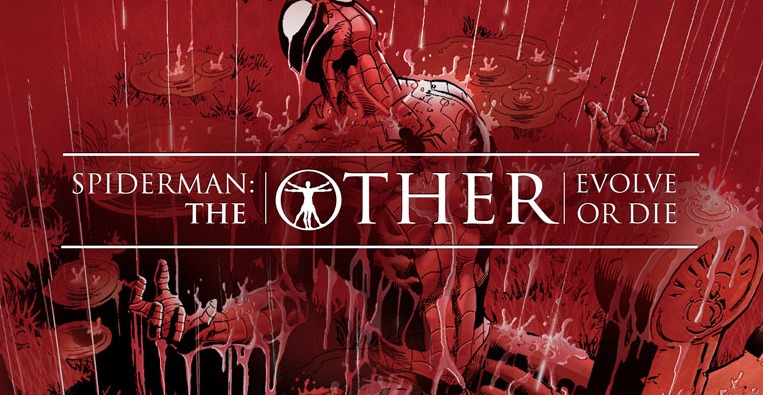 Comic books have the marvelous ability to use fantastical events as allegories for modern societal issues and teach impressionable readers critical life lessons such as, “With great power comes great responsibility.”

Additionally, if you were as naïve as this author, your first exposure to Spider-Man probably also taught you that radioactive spider bites would equate to instant spider-powers. Five clandestine trips to nuclear power plants with smuggled spiders, four poisonous bites, three trips to the hospital for anti-toxin, and two court hearings for “alleged breaking and entering” can help one to separate reality from amazing fantasy. Which is a shame because just like the catchy theme song, we all just want to do whatever a spider can.

The list of Spider-Man’s abilities are a dream for any child at heart: climb walls, super-strength, super agility, shoot webbing from areas more appropriate than your anus, and the Doppler-radar of danger known as “spider-sense.” Unless you have embraced a self-imposed form of isolation for the past few weeks in order to avoid all spoilers surrounding Spider-Man: Homecoming, then you probably know that Spider-Man’s iconic spider-sense is not featured prominently within the film.

Although the lack of focus on the power created a plethora of click-bait headlines across the internet, director Jon Watts has stated that it was not focused upon due to its prominence in previous installments. However, this is not the only spider-power or mutation that has not been featured in the Spider-Man films. Many of Spider-Man’s weirder powers and mutations with short shelf-lives have yet to be explored on the big screen. Here are 5 Spider-Powers and mutations you won’t see on the Silver Screen. 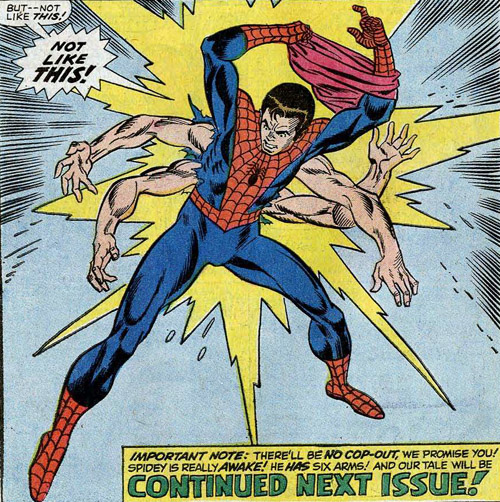 Despite all of the good that Spider-Man does for the world, Peter Parker’s life is plagued by tragedy. Following a year of life-altering events such as Harry Osborn’s drug overdose, the death of Captain George Stacy, and Gwen’s misdirected blame at the old web-head, Peter Parker becomes disenfranchised with being a superhero. As a result, he seeks to “kill” Spider-Man by creating a chemical cocktail that will end the curse of his spider powers.

Peter falls into distressed slumber after taking the serum and endures nightmarish battles with his enemies as well as agonizing side pains.

When Spider-Man wakes up, he discovers that the serum has accelerated his spider mutation as he now has six arms. As with most things associated with his spider-abilities, Peter is mortified by the fact that he now possesses extra appendages and is incapable of seeing the silver lining.

Sure, you may look like a monster, but simultaneously reading two comic books, playing video games, texting anyone still talking to you, and entertaining your terrified pet would be amazing. After battling Morbius with the help of the Lizard, Spider-Man and Curt Connors create an antidote that returns the scientists to normal. 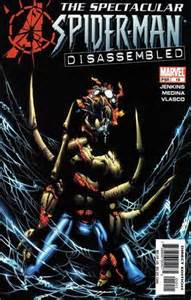 During the Disassembled storyline, Spider-Man is mutated into a giant spider by the Spider-Queen. After MJ destroys a spider statue responsible for the transformation, Peter emerges from the spider’s body with the ability to communicate with arthropods. Although he is unable to control them like Ant-Man, he can sense their presence, or glance at any spider and instantly know its type. This ability has seemingly disappeared following the events of One More Day. This power is not likely to be introduced because encyclopedic knowledge of spiders as well as sensing their presence is not exactly high-quality film entertainment. Although, this power would come in handy for those individuals wishing to gain the upper hand on unannounced arachnid visitors. 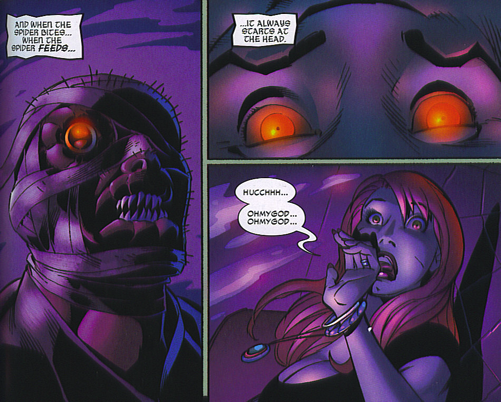 During Spider-Man: The Other, Morlun, a Spider-Totem-hunting entity from Earth-001, sets his sights on the Spider-Man from Earth 616. Following a grisly, one-sided battle, Spider-Man lays dying in a hospital. When Mary Jane arrives to Peter’s Room she finds the villain ready to feast on our hero and attempts to stop him. During the altercation, Morlun breaks MJ’s arm, prompting Spider-Man to return to life. It is during this point of the battle that Spider-Man sprouts stingers from his arms, using them to pin Morlun down. With the villain trapped, our hero grows fangs that he subsequently uses to rip out Morlun’s throat.

Taking the superhero genre on a transformative horror trajectory may not translate well on the big screen. Ultimately, such a film would be too dark for younger fans of Spider-Man. The audience would have to accept their hero channeling his inner Dracula to murder his enemy.

2) Regenerative Hibernation – Spider-Man: The Other 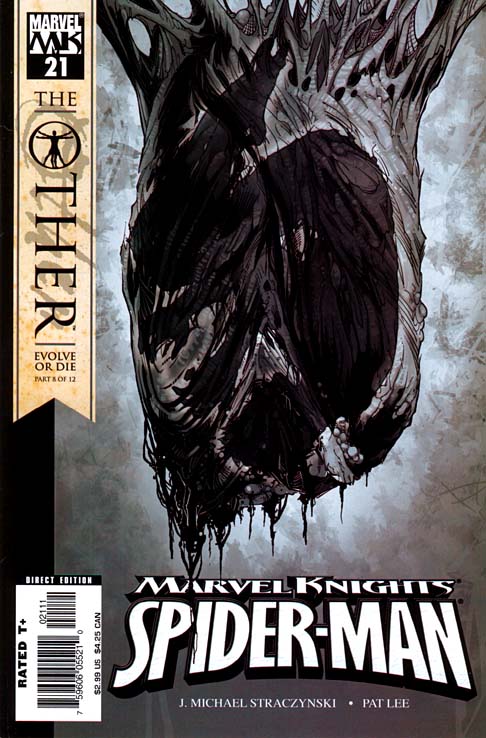 Regenerative Hibernation was used only once as a part of Peter’s Powers. Following the fatal battle with Morlun, Spider-Man sheds his skin and builds a cocoon around himself under Brooklyn Bridge. During this hibernation, Peter has a strange dream in which a voice states that Peter has been too scared to be a “Spider-Man” because he has only focused on the “man” and has neglected the “spider.” The voice then tells Peter that he will be reborn very differently if he accepts both parts.

Peter’s soul agrees and he’s reborn with enhanced spider-powers. Ultimately, the mystical interpretation of Spider-Man may not sit well with general audiences that prefer a sense of science-based realism.

1) Arm Stingers- Spider-Man: The Other 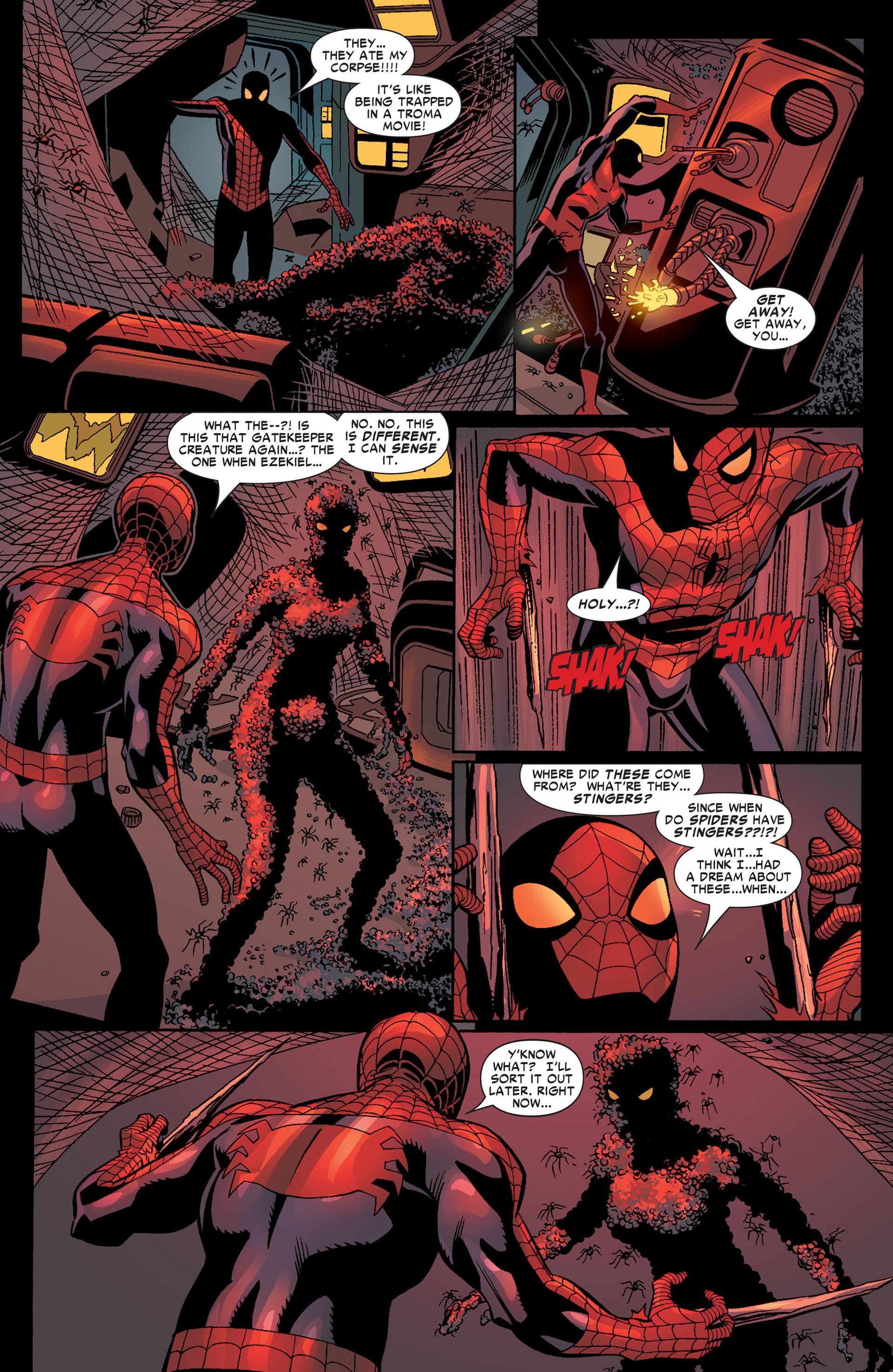 Retaining this power following his regenerative hibernation, these razor-sharp stingers were located within his arms below the wrists. The stingers are coated in a polyamine venom which can cause minor paralysis. Kaine Parker, The Scarlet Spider, is the only “Spider-Man” who currently has stingers following Brand New Day. This power is unlikely to be seen on the big screen as many viewers may be just as confused as Peter Parker because as he so eloquently puts it, “Spiders don’t have stingers.”

Additionally, watching The Friendly Neighborhood Spider-Man impale and paralyze his enemies with arm stingers might tiptoe over the line of traumatic images.

So, what do you think of our list of 5 Spider-Powers you (probably) won’t see on the silver screen? Have we missed any of Spider-Man’s abilities that you think would violate the audience’s suspension of disbelief? Are there any powers that you think would translate well to the big screen? Sound off in the comment section below. 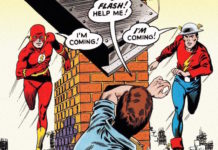 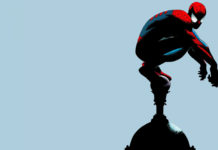 Why Spider-Man Is ACTUALLY a Menace — By J. Jonah Jameson