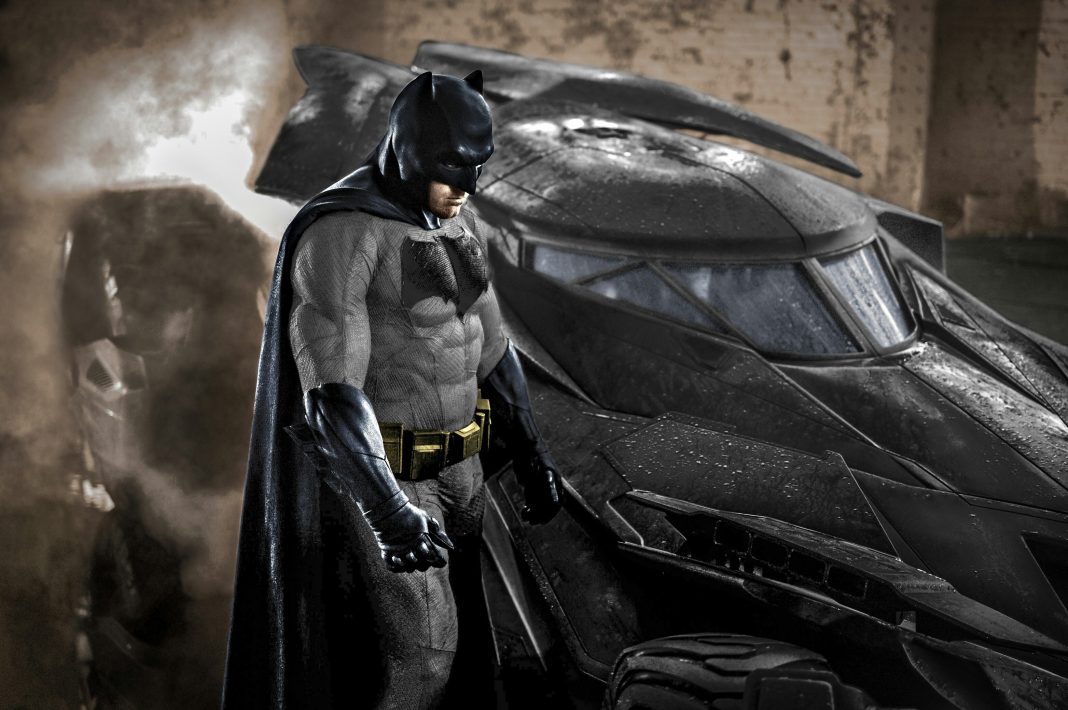 The recent press-event held on the London set of Justice League has been dispersing an inordinate amount of appreciated, Justice League movie information. Heck, in one fell swoop we received the film’s plot synopsis and official logo, as well as a deluge of additional details involving plot, villains, vehicles, etc. Yep, it’s been a banner day for DC, Warner Brothers, and the seemingly more positive, forthcoming, cinematic Justice League endeavor. At this very same event, actor/director Ben Affleck was on hand to share important details about his solo Batman film, details including the status of the script and the film’s projected, possibly delayed release.

Co-writing and directing the upcoming Batman movie, Affleck granted the press an update on his forthcoming film that instigates intense fits of anticipation-based drooling.

“I think they have a date for it. Although, I don’t know if I would necessarily be able to make that date because I don’t have a script that’s ready yet. So that’s my—my timetable is I’m not going to make a movie until there’s a script that I think is good because I’ve been on the end of the things when you make movies when you have a script that’s not good yet and it doesn’t pan out.” [laughs]

This is a good thing, because like Justice League, Affleck’s Bat-film needs to hit the mark. He seems very committed to conveying the role, the attitude, the tone and the mythology accurately, and he’s very aware that said accurate conveyance begins with a solid script.

Affleck continued offering details regarding the script, admitting to the reception of an actual draft that, as far as quality, wasn’t where it needed to be and therefore in need of an exceptional amount of work before filming.

“I have a script, we’re still working on it, and I’m not happy enough with it yet to actually go out there and make a Batman movie, for which I have the highest of standards, I would say. That’s something that would have to pass a very high bar for me. It’s not just like, ‘Yeah, that might be fun, let’s go try this out.’”

So, what do you think? It sounds like Big Ben wants to make the very best Batman movie he can. Are you impressed by his commitment? Let’s talk about it (in the comments below, of course).