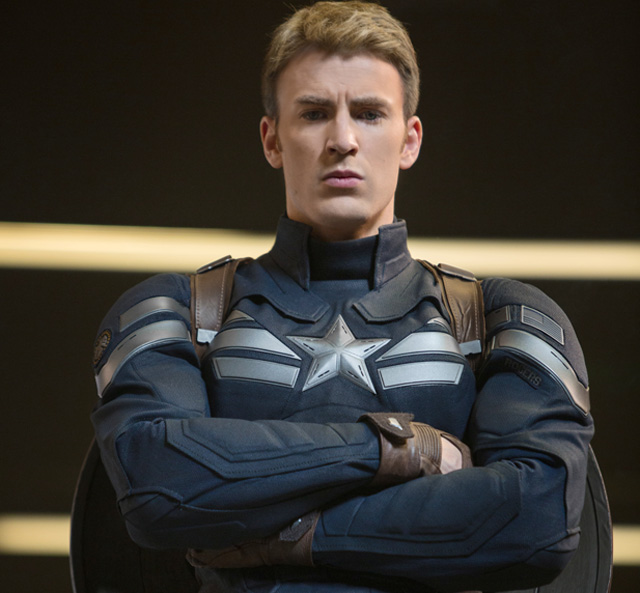 It’s hard to tell where the Captain America character ends and Chris Evans begins; over the past few years, the two have become one-and-the-same. Now it seems Evans wants as many opportunities to lift the shield as possible. Yes, it seems Chris Evans wants more Cap cameos.

With his multi-picture deal with Marvel winding down, there could be a passing of the torch for Captain America following Infinity War (Falcon and Winter Soldier are on standby). Evans has said he’ll carry the Cap mantle for as long as Marvel wants, and even pointed out a few ways to increase his character’s involvement.

During an interview with MTV, Evans talked about the other Marvel franchises that he’d like to show up in.

“Guardians would be fun, wouldn’t it? But it’s very outer spacey. Cap’s more of an Earth-bound guy.”

True. While seeing “The Stars and Stripes” heading into the great beyond could be fun, Captain America is too grounded for any intergalactic travels. You gotta keep a character like Rogers on the third rock. Evans pointed out that you may not even want to take him out of his hometown.

“Maybe the next Spider-Mans. Those are going to be fantastic, and I think Tom [Holland]’s just a great actor, so that might be a fun one to pop up into.”

YES!!! Evans is down for another interaction with newcomer Peter Parker. Their time together in Civil War was limited, but the duo sharing a Queens/Brooklyn connection was one of the best moments Civil War had to offer. Also, you can’t let Tony Stark be the only voice in Spider-Man’s ear… he needs Rogers to be a counterpoint to Stark. Sure, that could turn Spider-Man’s film into Civil War 2.0, but is that really a complaint or just a potential dream coming true?

And why stop with Homecoming? There’s a whole batch of MCU flicks that should get the Captain America treatment. Let him recruit Doctor Strange in a post-credits sequence. He can visit a frozen Bucky in Black Panther. Don’t close the door on Thor: Ragnarok either; we’ve already seen a Steve Rogers easter egg on Asgard when Loki went incognito during The Dark World. There are plenty of opportunities where Captain America can do a quick drop by, and if Chris Evans is willing, why should anyone stop him?

One of the best parts of the MCU is how at any moment, a character can drop by without notice. Nick Fury in Iron Man; Falcon in Ant-Man; Cap in The Dark World (the Collector as well) and Iron Man in Homecoming. The intermingling is reaching a point where anyone can show up. It’s one of the reasons why every Marvel movie is a “can’t miss” (and why you stay after the credits). Really, you don’t want to be the one person who misses a character making that surprise visit.

So keep your eyes open, ’cause Captain America’s gonna show up whenever he wants to.