Home MOVIES Connecting Thor to Guardians of the Galaxy Vol. 2 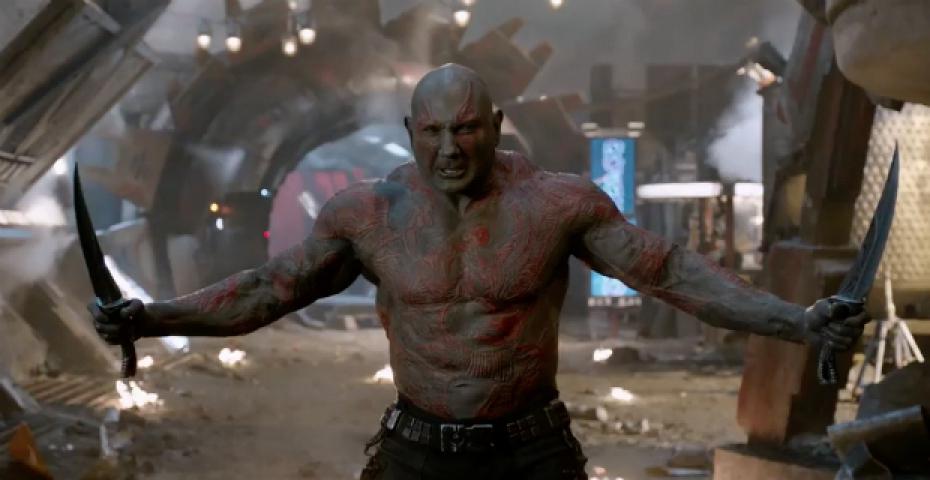 One of the best parts of the Marvel Cinematic Universe is how connected everything is. At any moment a prop, reference, or even a character from one franchise can pop up in another. Ever since Nick Fury dropped by following the credits in Iron Man, it opened the door for endless crossover potential.

It has even become a “Where’s Waldo” for MCU fans, as everyone tries to track down the connections within a Marvel movie. Well, it seems That Hashtag Show may have just discovered the connective, narrative tissue between Thor: Ragnarok and Guardians of the Galaxy Vol. 2 – the two movies you’re most excited about besides November’s Dr. Strange.

“Thor and the Hulk will in some way encounter the Cotati, one of the oldest species of aliens in the Marvel universe. The Cotati are best known as the race of aliens to awaken the powers within Mantis.”

The Cotati are an ancient alien race typically seen as telepathic plants. However, it appears the race will be ditching the leaves and twigs and resemble Mantis herself (set to make her MCU debut in Guardians Vol. 2. played by Pom Klementieff). In the comics, Mantis’ powers grew thanks to her ability to emphasize with The Cotati. After her dealings with them, Mantis even gained the power to control vegetation (so Groot better watch out).

Now with Thor: Ragnarok being called an “Intergalactic Road Trip movie,” The God of Thunder and The Big Green Guy are going to meet a bunch of different species over a bunch of crazy planets. It looks like one such planet will be Hala, home of The Cotati. Heck, they could even run into Mantis herself (but don’t hold your breath). Oh… did I forget to mention that Hala is also the home world of The Kree? Don’t be shocked if Ragnarok offers up some kind of reference to Ronan the Accuser.

There are a plethora of ways for a Guardians of the Galaxy sequel and third Thor film to share some characters, a kind of joint custody, if you will. Bringing in Mantis’ kin is a nice, subtle way to bring the Universe closer together, but there has to be a better way, like letting one of these characters mingle with the cast of both movies.

Characters Who Should Appear in Both Guardians Vol. 2 & Thor: Ragnarok

I mean, what would happen when The Avengers’ big green hero with an anger problem meets the Guardians big green hero with an anger problem? I want to find out. If Thor: Ragnarok is going to follow the Planet Hulk storyline, there will be plenty of alien gladiators. Perhaps Drax becomes one of those gladiators? If The Destroyer is going to have a role in Avengers: Infinity War like rumors say… he’s going to have come across some Avengers eventually.

Nebula has to be a major player going forward in the MCU. She turned her back on Thanos and teamed with Ronan The Accuser (once he gained The Power Stone) to destroy Xandar. Will Thanos try to hunt her down? Will she team with The Guardians? Or even better… will she seek refuge on Asgard (or some other alien world Hulk and Thor visit)? The cyborg mercenary has a long story to tell, and if she’s not going to get adequate time in Guardians Vol. 2, perhaps a surprise appearance in Ragnarok will help flesh out her details. (Plus, more Karen Gillan never hurts!)

Taneleer Tivan is not expected to return for Guardians Vol. 2 (instead, Benecio Del Toro took part in the production for Star Wars Episode VIII), but now the opportunity should present itself for The Collector to return… in Thor: Ragnarok. The Collector’s brother, The Grandmaster (played by Jeff Goldblum) will be arriving at some point in the third Thor outing, so why not start some sibling rivalry, something the Thor movies are very familiar with. Perhaps you can have both character revive the “Contest of Champions” as part of the Gladiator contest (someone had to capture Hulk to begin with). Both The Collector and Grandmaster are Elders of the Universe with vast knowledge of all the mysterious aspects of the Marvel Universe. Bringing them together could be the first piece in assembling the puzzle surrounding how The Infinity Gauntlet – and the individual Infinity Stones – will come into play.