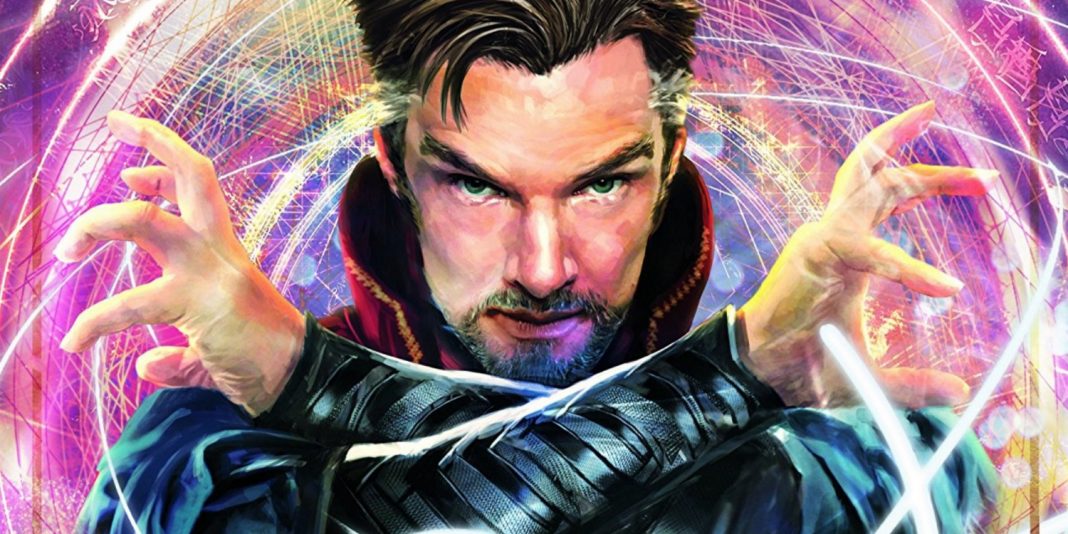 Because the good doctor may not be as mainstream as the rest of the Avengers, the movie is what you’d expect it to be. Doctor Strange is, at the heart of it all, just your average superhero origin story. When you have a character who isn’t as popular among casual fans as Iron Man and Captain America, it’s obvious that you have to introduce him to everyone first with a good backstory. While this may be a good move, the film follows such a formulaic template that it’s easy to swap Stephen Strange with another hero and just get on with it. There’s your rich d-bag who encounters a life-changing tragedy that forces him to do a complete 180-degree turn and ends up becoming the so-called Chosen One, and then that’s it. Insert forgettable villain here.

Still, that’s not to say that Doctor Strange isn’t one heck of a good time. The stunning cinematics alone make the movie a visual masterpiece, and while it looks a little too Inception-y at times, it’s still a darn good movie. So, let’s go through the spoiler-filled pros and cons, shall we?

A lot of times, the fast-paced and totally trippy action sequences are reminiscent of MC Escher. There are even times when you’ll feel like somebody put something in your drink before you entered the cinema and that you’re completely high as a kite. Still, despite the topsy-turvy setting for the action scenes, the fights themselves are incredibly well-choreographed. And no, it’s not just some random magic mumbo-jumbo with different colored beams representing the combative exchange of spells—it’s actually magic PLUS close quarter combat, which is insanely brilliant. The last battle sequence even has the whole country of Hong Kong going backwards while the main characters are going forward—it’s truly a visual treat.

Not only did Tilda Swinton do an excellent job with the character, but she also dramatized the peaceful death of the immortal guardian beautifully. In the midst of the craziness of the loud and psychedelic movie, she managed to prove that despite all the magic in the world, there is still one definite and ultimately human thing about her—death. How does an immortal greet death? How does she react when her time has finally come? Her last message before passing—something about how you’d think she’d be ready to go and yet there she was, stretching out the moment for as long as she could—is truly one of my favorite quotes throughout the whole film.

The sentient cape that Doctor Strange is rocking plays the part of a trusty old sidekick—or a loyal pet—who’s always ready to help the Doc whenever he’s in a pinch. In one of the quirky moments that Marvel is so good at, Strange fluffs up his collar and the Cloak totally ruins his game face when it lovingly tries to brush off the tears from his face. Now, where can we get one of those?

Supposedly THE Doctor Strange sorta-version of Alfred Pennyworth, Wong is not a manservant in the film but a caretaker of the relics in Kamar-Taj and is a fellow warrior. What’s delightful about his character is that he’s a straight arrow, but his humorous dynamic with Stephen Strange makes him anything but flat. The scene where Strange references Adele and Eminem to him ends up with him listening to Beyonce on his iPod, which is refreshing comic relief from all the ancient-ness of the Kamar-Taj.

Yes, all the Marvel movies are interconnected (as proven by the mid-credits scene), but Doctor Strange can actually stand on its own. It’s a classic origin story, and it’s completely out of this world, but it’s a film that even the Marvel beginner will be able to understand. Just remember not to take yourself and the film too seriously, because there are a lot of questions—and I mean a LOT—that will torture your overly critical brain. But instead of raising your eyebrow in cynicism, just sit back and enjoy the film for what it is—a thoroughly enjoyable superhero movie. Besides, as soon as your brain starts to ask its critical questions, the movie distracts you with shiny things and cheeky humor and you instantly forget what you were supposed to complain about in the first place. Sneaky move, Marvel.

Like I said, there’s too much Iron Man in there for it to be original. It’s almost like Marvel was too afraid to deviate from the tried-and-tested origin story template. But then again, Doctor Strange is supposedly going to replace Robert Downey Jr.’s Tony Stark as the leader of the Avengers when RDJ’s contract expires, so if you put it that way, I guess it only makes sense that Iron Man would be replaced by someone who’s exactly like him.

It’s not just down the rabbit hole you’ll go with all those trippy LSD-induced moments in the film. There are also too many plot holes you’ll likely fall into, like some random guy who just happens to suggest to Stephen Strange that he needs to head East and learn magic to cure his hands, or the fact that he didn’t just keep flying around beating his enemies up now that he’s got the Cloak of Levitation.

There are also these movie-exclusive sling rings, which the sorcerers use to create gateways out of thin air. I just find it super-stupid to be carrying around the bling, without which, they can’t teleport themselves anywhere. Oh, and these rings slide off their fingers too many times to count, because who has time to get fitted for ring sizes, right? So, there you have it. When you’re stuck in a life-threatening situation with no way out, you have to rely on rings that fall off your finger every time you move, and you won’t even notice they’ve slipped off and fallen down a crack on the floor somewhere until you want to create a gateway and realize your ring is lost or already stolen by a villain. Yep.

These sorcerers also have a hard time conjuring portals right in front of their face. They always have to create the gateways just a few steps ahead, running the risk of getting interrupted or intercepted by enemies, which happens every single ‘effing time.

These two brilliant actors were underused in the film, and it’s such a shame because they could have added more depth to the movie. Mads Mikkelsen’s Kaecilius simply falls into the generic and forgettable villain category, someone you eventually kill off because he’s a baddie who’s all about the end of the world and stuff (why he didn’t just steal the Eye of Agamotto during the beginning of the film instead of a few measly pages from an old book is beyond me).

Rachel McAdams plays Stephen Strange’s love interest Christine Palmer, who, aside from a few lighthearted moments of her bickering with Strange’s astral form, lacks a great deal of screen time. There’s really not much of an emotional connection between her character and Benedict Cumberbatch’s protagonist in the first place, so when he finally leaves her, it’s just meh.

In the end, Doctor Strange is still a highly entertaining Marvel superhero movie, especially with the totally awesome Stan Lee cameo of him reading Aldous Huxley’s The Doors of Perception (which, incidentally, is all about drug-induced hallucinations). There are sweet little treats for die-hard Strange fans like the brief mention of the Living Tribunal and The Vishanti, as well as Mordo’s tragic descent into villainy. And despite mixed reviews, you know you’re going to go out and see the film anyway, aren’t you? So go out there and let us know what you think!