It appears Netflix hasn’t pulled the trigger on a Punisher spin-off show. Speaking with Digital Spy, Marvel Television’s Executive Vice President Jeph Loeb said that the rumors of a Frank Castle-centric show have been greatly exaggerated.

Did that just ruin your day? I hope not. Just because Loeb didn’t immediately confirm anything, doesn’t mean we’ve seen the last of the man in the skull t-shirt. In fact, Loeb seemed to put the ball in the fans’ court.

“It’s certainly our hope that any of our characters will be embraced and that people want to see more of them.”

Did you see what he did there? If people want to see more of The Punisher, surely Marvel and Netflix will oblige. The success of Daredevil and Jessica Jones led to both of those programs getting green lit for a Season 2. Even the positive reviews for Jessica Jones is turning into a growing buzz for Netflix’s next Hell’s Kitchen hero, Luke Cage. (Now if we can only get the ball rolling faster with Iron Fist!)

It would make sense to continue The Punisher’s reign of terror. From what we’ve been given in the Daredevil Season 2 trailers, we’ve already been given a version of Frank Castle that fans have been clamoring for; a vengeful sadistic antihero who has no problem pulling the trigger, but is also emotionally torn following the murder of his wife and daughter. The character appears to have been perfectly brought to life by Jon Bernthal… who also seems to have been transformed into a Punisher fanboy in the process.

An actor dedicated to the role; a fan-base thirsty for mature content; it kind of sounds like the recipe that lead to Deadpool. Let’s hope Jeph Loeb and MARVEL do the unthinkable and take a page from Fox’s playbook. A gritty Punisher with Jon Bernthal at the helm is just what the MCU needs (as long as he watches the language for Captain America’s sake). 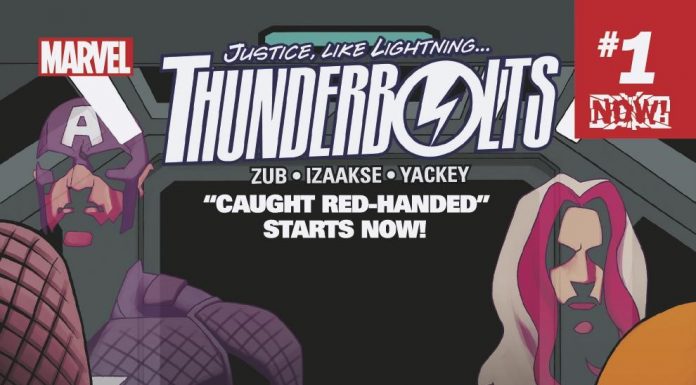 CIVIL WAR II #7 Arrives One Week Early! BECAUSE YOU DESERVE IT!