Home MOVIES ‘Incredibles 2’ Is Fun for the Whole Family 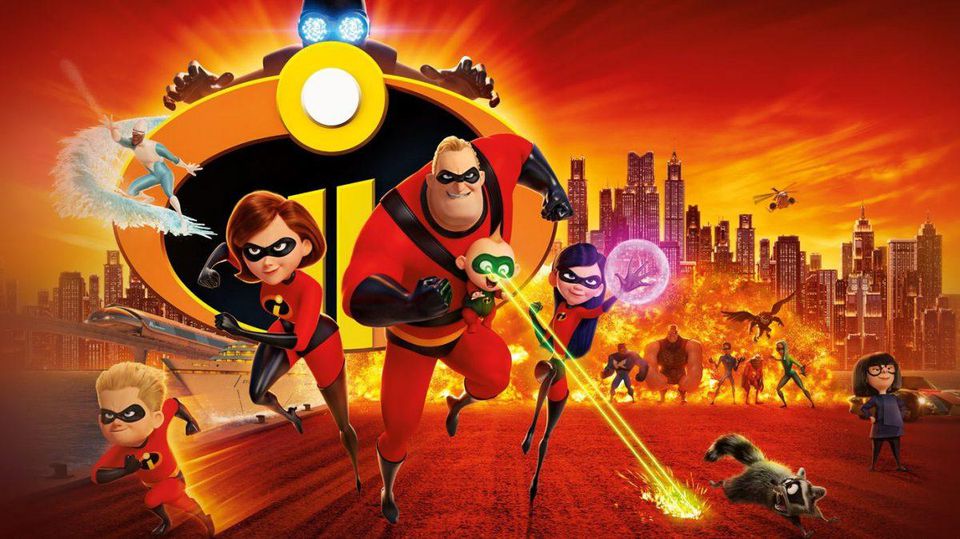 The long wait is finally over! After 14 years, the Parr family are back in action in the latest Disney/Pixar film, Incredibles 2!

Picking up immediately where the original 2004 film left off, the Incredibles take on the Underminer (voice of John Ratzenberger) who wants to bring destruction to Metroville. After saving the city but causing some destruction, the Parrs relocate to a new spiffy mansion! However, Winston Deavor (Mr. Show and Better Call Saul‘s Bob Odenkirk), a business man who wants to make superheroes legal again, gets in contact with Mr. Incredible (Craig T Nelson), Elastigirl (Holly Hunter) and Frozone (Samuel L Jackson). Elastigirl is then chosen to be the face for the campaign while she hunts down a new villain named the Screenslaver!

As far as sequels go, this is one of Disney and Pixar’s best. I wouldn’t say it is as great as Toy Story 3, but it is certainly up there. The first film is still a better movie, but this is by no means a disappointment. The Incredibles is an all-time great, so it was going to be impossible to top. Brad Bird (director and writer of the first Incredibles film and this one) did an amazing job. The action scenes were fantastic. The plot made perfect sense. Elastigirl takes the spotlight this time, which is a nice change of pace. If Mr. Incredible was the main character, then it would be the first film all over again.

The animation is amazing. There seems to be even more detail put into almost every object and character on screen. The outfits worn by the Incredibles now have texture, and every hair looks like it was individually animated. The design of the characters and the retro world they live in is outstanding.

The voice talent is also top-notch. Nelson and Hunter have a great back and forth as the married crime fighting duo. Sarah Vowell (returning as Violet) and Huck Milner (the new voice of the speedy Dash) also have great chemistry. Odenkirk and Catherine Keener (Winston’s sister Evelyn) are great additions to the series.

If you are looking for a fun night out for the family, Incredibles 2 will definitely fit the bill.

A heads-up to parents reading this: When I saw Incredibles 2, there were about 20 minutes of previews and a 10-minute short before the film. So, if you have a little kid who is fussy or can’t sit still, I’d recommend arriving later than the posted start time for the film if you see it.